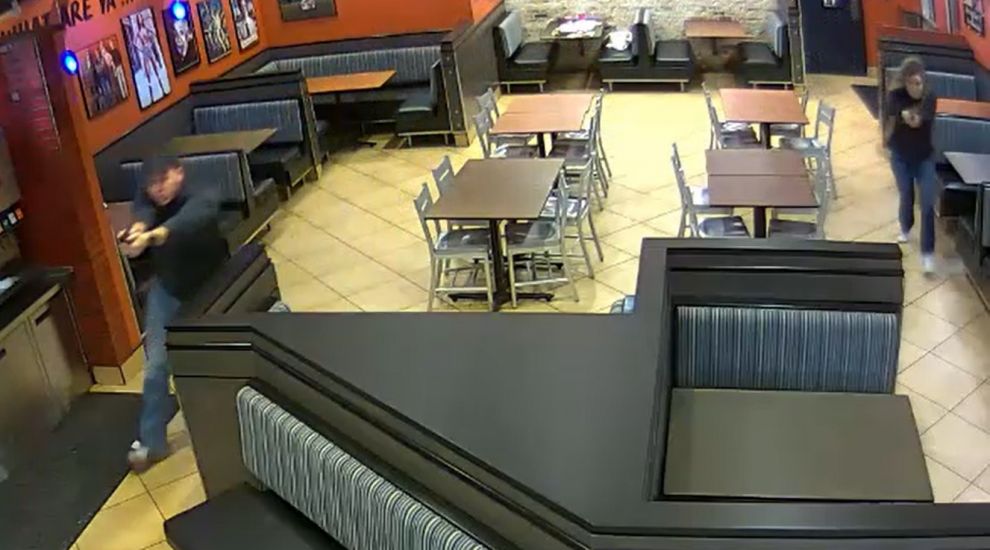 Two off-duty police officers out on a date sprang into action when they realised the chicken shop they were eating in was being robbed.

Detective Chase McKeown and Officer Nicole McKeown were eating at Raising Cane’s Chicken Fingers in Louisville, Kentucky, when a man wearing a mask walked in and approached the counter.

CCTV footage from the restaurant shows the man apparently pulling a gun and pointing it towards a staff member, before the two officers – who had just finished eating their chicken fingers – notice what is unfolding and spring into action.

The pair, from nearby Elizabethtown Police Department, chased the man out of the restaurant and made an arrest in the Highlands area of the city, alongside local officers.

In an interview with Kentucky’s Heartland community blog, the couple – who got married six months ago – revealed they had been to the same restaurant on their wedding night.

According to local media, Raising Cane’s has rewarded them by offering them free chicken for a year.

“We were just doing what we were trying to do, no anticipation of any rewards or recognition,” said Mr McKeown.

“We’d be there whether we were paying or not.”