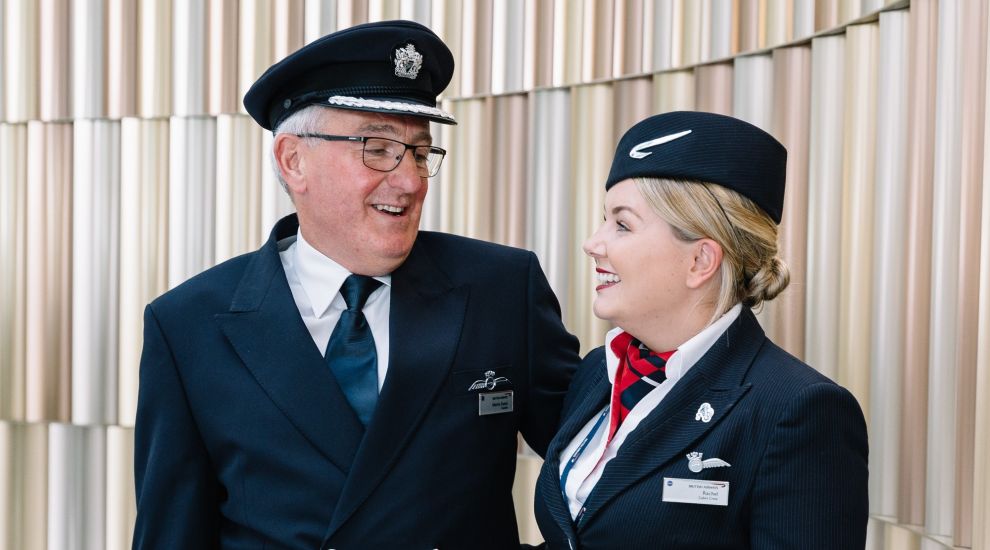 Fathers work alongside sons and daughters on special BA flight

Fathers work alongside sons and daughters on special BA flight

British Airways celebrated Father’s Day by giving some of its fathers the chance to work alongside their sons and daughters on a long-haul flight.

The flight from London Heathrow to San Diego in California departed last week with the help of family teams employed across the airline, including check-in agents, engineers, cabin crew and pilots.

The event, ahead of Father’s Day on Sunday, was the first time the pairs had worked together.

Cabin crew member Lois Mackerness, who worked alongside her father, David, said: “Growing up seeing the pride and passion my dad has for caring for his customers really encouraged me to work hard and make sure that I love what I do too.

“It was great to work on board together. I picked up some of his top tips that he’s learnt through his many years of flying.”

British Airways captain Martin Ewins described his joy at working on the same flight as his daughter, Rachel, saying: “For 20 years my daughter watched me fly around the world and I’m so proud that I’ve inspired her to do the same as cabin crew.

“This is the first time we’ve ever worked on the same aircraft together and that’s such a special feeling.

“I was incredibly proud of her, and from the moment we stepped onto the plane we weren’t father and daughter, but two members of a flying crew getting ready to operate a flight.”

The airline’s head of mixed fleet cabin crew Ian Romanis said: “So many of our people have been inspired to work for British Airways because of the experiences of other family members and this was a fantastic opportunity to create a really special moment for everyone involved.

“It’s great to be able to reward the fathers in our teams who have inspired the next generation of aviation enthusiasts.”