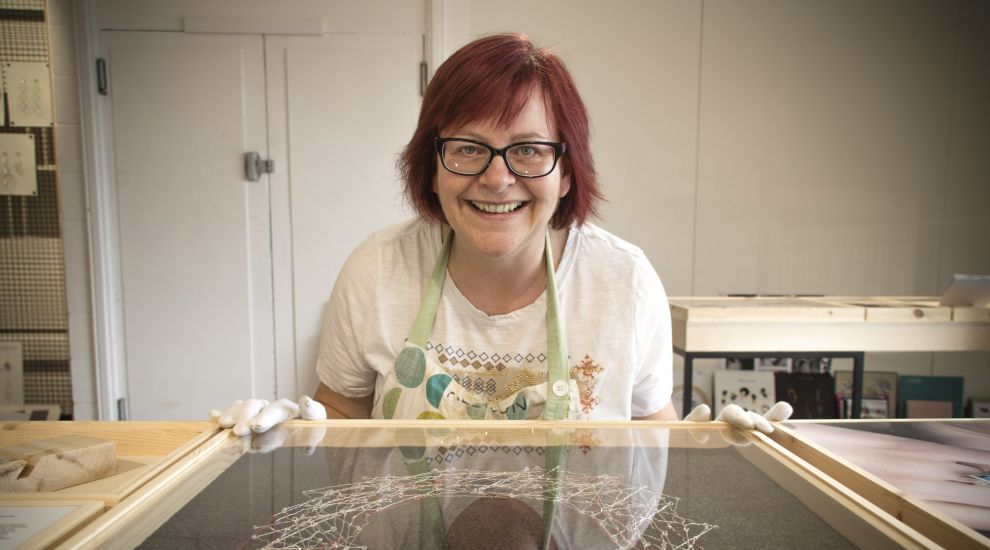 A former doctor has unveiled jewellery which depicts thousands of years of human genetic code, as part of an exhibition.

Allison Meighan was inspired to produce the work by her own personal illness which forced her to retire after more than 30 years of practising medicine.

The 60-year-old from Broughty Ferry near Dundee instead turned her attention to surgically digitalising thousands of mitochondrial DNA components and using modern 3D printing techniques to fuse them into jewellery.

Her creations are now to be showcased at the Duncan of Jordanstone College of Art and Design and Architecture Degree Show.

Dr Meighan said: “I think it’s particularly important in this day and age to know where you come from, especially when there are those who are keen to point out how different we are.

“Humans are more alike than we are different.”

Dr Meighan’s retirement was forced upon her due to a pituitary tumour which left her with chronic vestibular migraine and fatigue.

She then began to study jewellery and metal design at the university, where she will graduate with a first class honours in the summer.

Her work has already picked up two awards including the Anne Clare Graham Award for Excellence in Design and Craftsmanship and another prestigious award from the Association for Contemporary Jewellery.

Dr Meighan added: “I never considered myself particularly arty but I fell in love with jewellery making while I was seriously ill.

“As I got better, I began to reach a point where I wanted to take my jewellery further.

“I’ve felt very at home in these buildings, surrounded by this wonderful creative buzz, it makes me feel so much younger.

“What could have been an immense loss of identity has become an incredible opportunity to gain an invaluable life skill.”

This year’s degree show opened to the public last weekend and will run until Saturday.