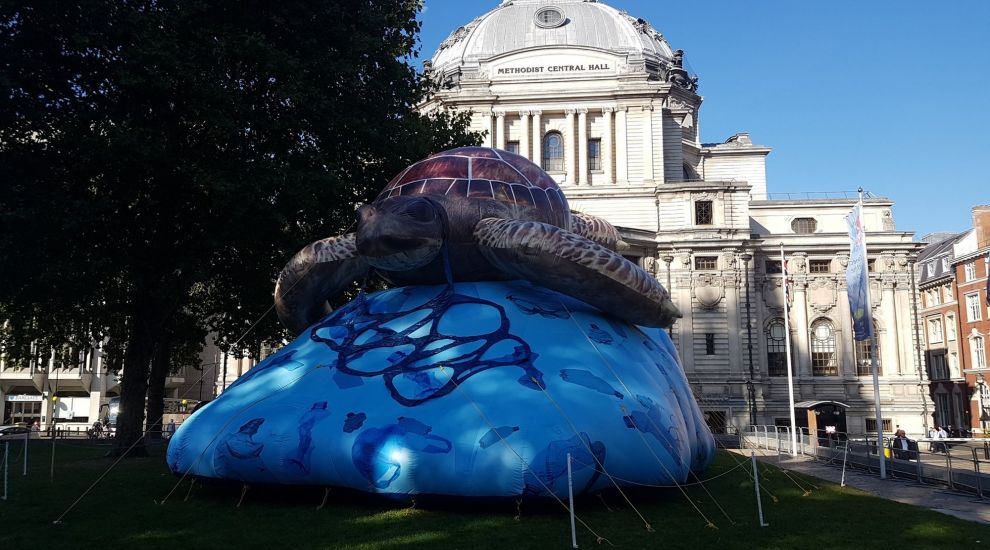 Giant inflatable turtle on display outside Parliament for climate strike

Giant inflatable turtle on display outside Parliament for climate strike

A ten-metre inflatable turtle was displayed outside Parliament on Friday, to highlight plastic pollution and support the global climate strike.

The giant turtle was created by Delphis Eco,  an environmentally friendly cleaning brand, and displayed in Parliament Square.

“Delphis Eco was founded to bring eco cleaning without sulphates, phosphates, ammonia and without single-use plastic, to the forefront of cleaning.”

The turtle is made out of recycled oxford nylon which can also be recycled.

More than 200 events have taken place across the country on Friday, with thousands of people taking to the streets as part of global climate protests.

An estimated 300,000 people gathered at more than 100 rallies in Australia.

As protests got under way across the UK, the Metropolitan Police said two adults had been arrested on The Strand in central London – where XR Universities, an Extinction Rebellion group, are holding a protest – in breach of an order that protesters must gather in a specific place in Westminster.