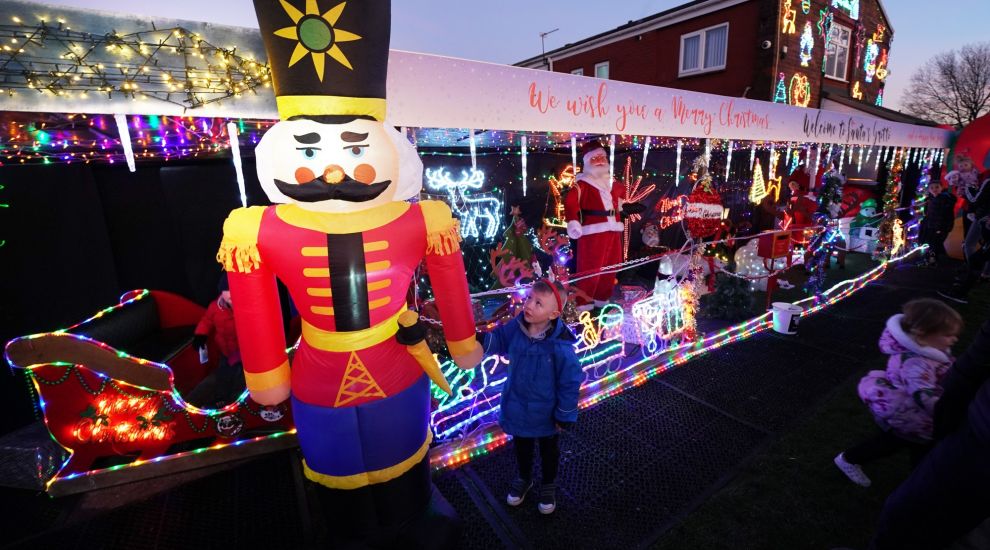 A grandfather’s garden has become a larger-than-life Christmas attraction, drawing in visitors from across the UK — including Santa Claus himself.

What began as a few lights for his grandchildren has now grown into hundreds of decorations lighting up Heaton Gardens in South Shields.

Stan Yanetta, 58, is known for his eccentric garden but has pulled out all the stops this year, adding even more lights to his festive display — so many in fact that he can no longer keep track of all of them.

He told the PA news agency he could not keep track of how many lights he now had, but that it took three days to sort just the plug sockets. He has spent the last three weeks assembling the display.

He estimates the electricity will cost him £15 a day and will be running the lights from 4pm to 7am, seven days a week, in the run-up to Christmas Day.

He said: “It has just grown year on year. Everyone on the road is over the moon with it. Nothing else ever happens around the area and now the kids have got somewhere to go, and to come to see Santa.”

Stan will be donning his own red suit, as Father Christmas will be visiting the house between 6pm and 7.30pm, posing for pictures and handing out presents. He is collecting money for the Royal Victoria Infirmary in Newcastle, for young children affected by cancer.

“I’ve just bought a snow machine, and I’m going to position it over where Santa will be meeting with the kids, so I can press a button and make it snow. It’s going to be magical,” he said.

As for his young grandchildren, he said: “They love it. However, last year they didn’t realise I was Santa and were asking where I had disappeared to.”