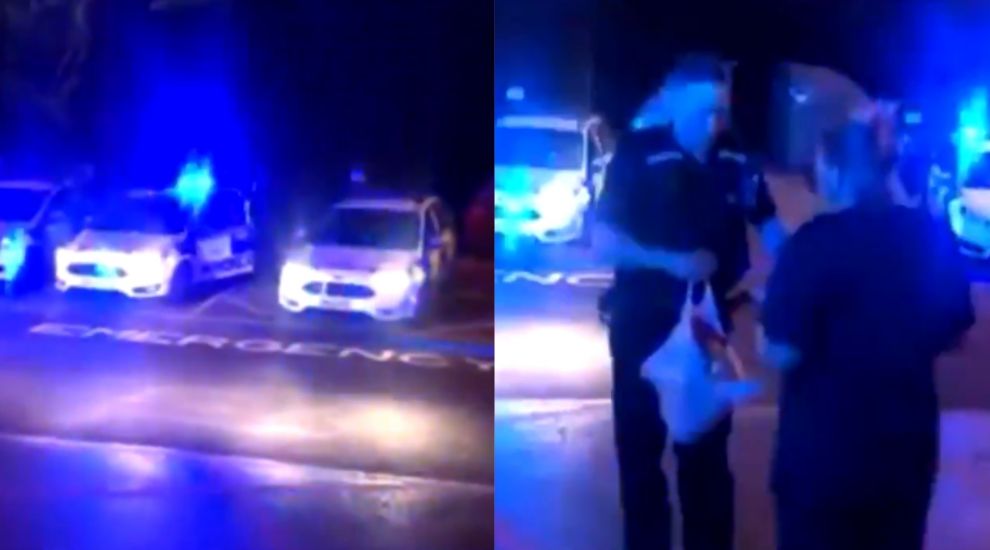 Police have shown their support to NHS staff as they delivered snacks and applause on Sunday night.

Hampshire Constabulary said officers visited Queen Alexandra Hospital in Portsmouth to donate cakes, biscuits and a round of applause.

Posting a video of the tribute to Twitter, police said: “Last night some of our Portsmouth response cops paid a quick visit to the QA Hospital to deliver some cakes, biscuits a round of applause to show their support for our NHS colleagues.”

The show of support included several police cars flashing their lights as well as a round of applause from the officers.

“A huge thank you to our fantastic colleagues from Hampshire Police for this lovely tribute to all the NHS staff in Portsmouth,” Queen Alexandra Hospital responded on Twitter.