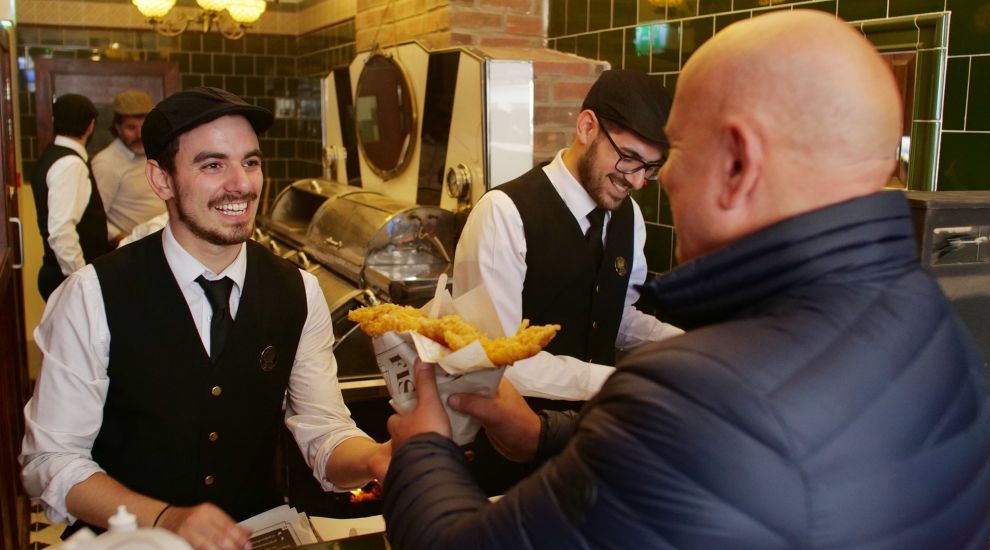 Around 1,000 portions of fish and chips were sold for just 4p in York at the opening of the National Fish & Chip Museum.

The museum is a venture by Papa’s Fish and Chips, a third-generation family business – and to celebrate opening day, punters were offered the chance to purchase the dish for the price it would have cost 100 years ago.

The offer prompted queues around Parliament Street, with vast swathes drawn in by the low price.

And the cost was not the only thing steeped in history, with the cooking equipment also from the past.

The museum features a rare coal fryer which has been dated back to the 1920s, modernised to turn the fumes from the coal into water vapour to prevent pollution.

Staff meanwhile wore era-appropriate outfits while preparing the food traditionally, and customers could eat their food inside the museum as well as viewing artefacts and information boards retelling the history of the dish.

But prices will revert to the present after opening day.