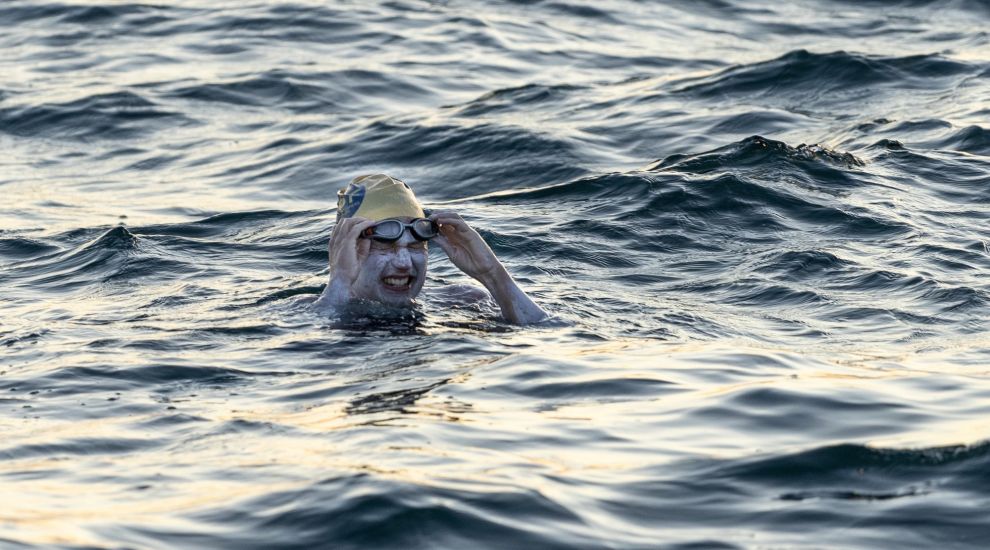 Breast cancer survivor Sarah Thomas has said “illness doesn’t have to define you” after she became the first person to swim the English Channel four times without stopping.

The 37-year-old from Conifer, Colorado, only finished cancer treatment last year, and began seriously training for the challenge in June.

Ms Thomas, a healthcare recruiter, told the PA news agency: “I dedicated this swim to all the cancer survivors out there. Whatever challenges you have in your life, you do not have to let that define you.”

She spent 54 hours in the water and said she almost gave up after the first two laps — but was persuaded to keep going by her crew.

She said: “That second night was really hard, but they kept me going, they wouldn’t let me stop.

“It was a huge mental challenge. I just kept saying to myself, ‘I can swim through this, I am going to do this’. I told myself that for hours throughout that second night.

“When you are swimming you aren’t really thinking, ‘I’m going to be doing this for 54 hours’. Sometimes your mind is just blank, and sometimes you are just thinking about swimming to that next feed stop. Other times I kept myself going with positive affirmations.”

Ms Thomas was kept fuelled by water bottles filled with electrolytes that her team threw out to her in the water. She was also given caffeine to keep her awake.

She said: “At one point I got really sick, and I didn’t think I was going to do it. I was being sick and wasn’t getting any calories into my body.”

The crew adjusted what was in her water bottle, including M&Ms for extra calories.

She is no stranger to long-distance swimming. She has previously swum the Channel and also swam 104 miles in Lake Champlain in 2017.

Her husband, Ryan Willis, accompanied her on the boat.

She was greeted on her return with champagne and chocolates on the beach, but said it did not take long for her throat to close up completely due to exposure to seawater.

The swimmer said: “I only managed to get a few M&Ms down, but have had to eat food mushed up for the past few days.”

Now she plans to take a year off. She said: “In 2017 I had a really big swim, last year I was battling cancer, and this year was this swim. Now my husband has asked really nicely if we can take a year off — maybe go camping or fishing together.”