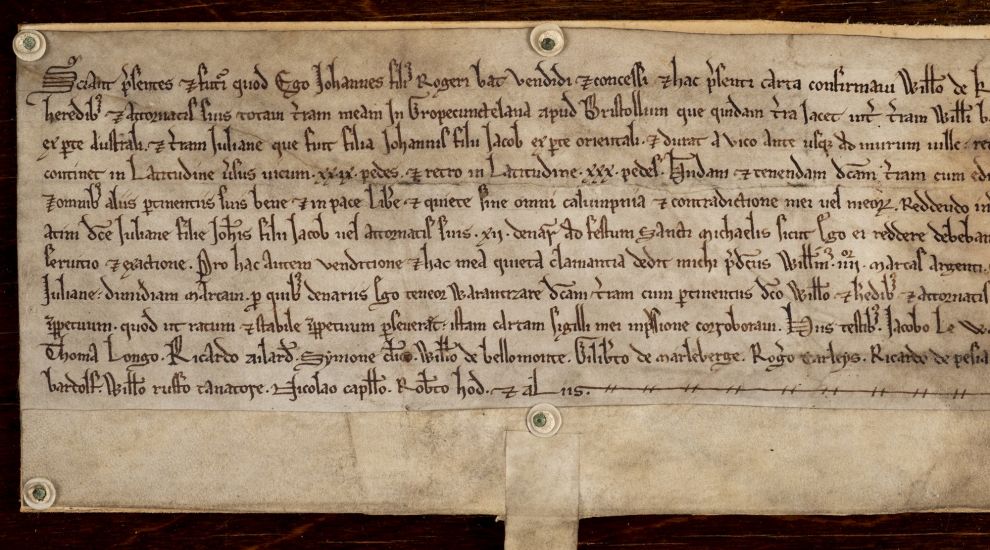 A 13th century deed of a crudely offensive place name is to be sold at auction.

The deed is one of the earliest examples of Gropec*** Lane and is being sold by the family of a deceased collector from Bristol.

It was a compounded street name found in about 20 English towns and cities in medieval times and is believed to be a reference to organised prostitution.

The earliest reference to the lewd street name is from 1230 in Oxford and the Bristol example being sold is dated 1240.

The street was later changed to Hallier’s Lane and after the Battle of Trafalgar was renamed Nelson Street, which it remains today.

The deed was written in Latin on vellum and is mounted on a wooden board. It comes with three related 20th-century manuscript paper labels.

It will go under the hammer on December 11 at Dominic Winter Auctioneers in Cirencester, Gloucestershire and is estimated to fetch up to £500.

Auctioneer Chris Albury said: “This was taken off the wall of a deceased Bristol collector recently.

“The family knew it was an old Bristol deed but it was only when I looked at it closely and clearly saw the place name that I realised why the collector probably treasured it and it seems it was a private joke he kept from his family.

“Besides the amusement factor, it is historically important as early documented usage of this place name and it will be of great interest to other collectors from Bristol and worldwide.

“Even with medieval deeds condition is a major factor in value and saleability so a high value is not a given.

“This one is very neatly written in a court hand, the ink is still very dark and about one-third of the original wax seal survives so it is better than many.

“The fact that it relates to a major city like Bristol will help, but the rude place name may well make this fly beyond the £500 estimate we’ve put on it.”