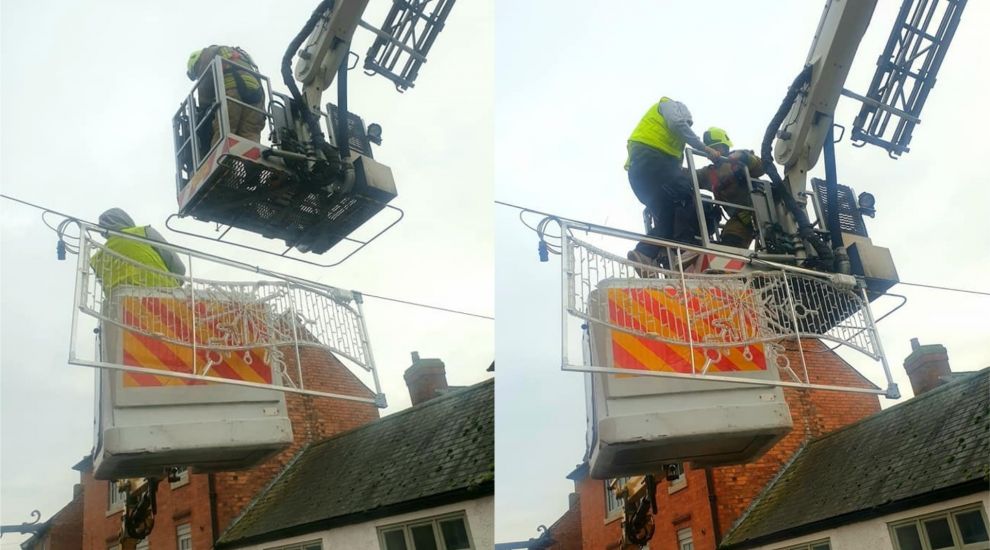 A man fitting Christmas lights in a Leicestershire town had to be rescued after his cherry picker malfunctioned – leaving him stranded for two hours.

Firefighters in Market Harborough came to his aid after a malfunction meant his platform could not take him lower than seven metres off the ground.

Angela Denison manages the Nags Head pub on Church Street in Market Harborough, outside which the man was stranded on Sunday afternoon.

“He was up there for about two hours,” she told PA.

“I was thinking poor old Church street never has it easy when it comes to Christmas illuminations, does the man stuck up there want a pint and its a good job its not raining.

“Our customers enjoyed the unexpected entertainment, the ladies loved the arrival of all those fireman, especially when the impressive rescue equipment arrived.”

She said around 20 to 25 people stopped to watch the “thrilling rescue” and “seriously embarrassed” light fitter.

Leicestershire Fire and Rescue received an emergency call about the incident a little after 2pm.

The fire service said the local council is arranging for the cherry picker to be recovered.