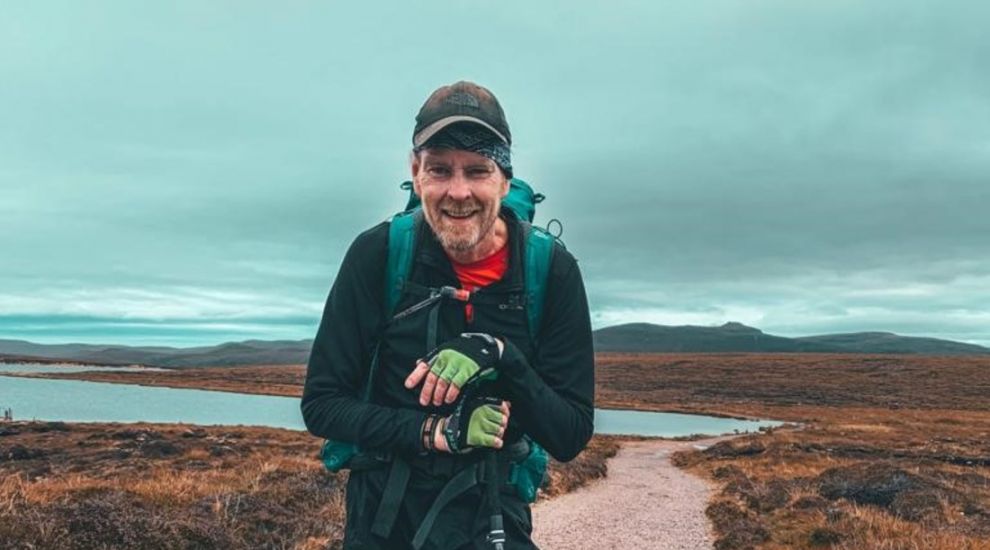 A cancer patient who was on life support earlier this year has overcome “life-threatening” conditions to complete a trek known as Britain’s hardest walk.

Martyn Wells, who has stage four cancer, set off on the Cape Wrath Trail from Fort William in the Highlands on August 31 to raise money for Macmillan Cancer Support.

Within the first few days of his trek, the team encountered conditions described as life-threatening and were forced to wade through dangerous thigh-high white water crossings before clambering up 150ft cliffs while carrying 17kg packs to escape the flooded glens.

Mr Wells completed the challenge in record time on Monday September 9, having walked more than 180 miles and climbing over 35,000ft.

The 50-year-old was also carrying his own pack full of supplies needed to survive in the Scottish wilderness.

The trek came just months after Mr Wells spent 16 days on life support and two weeks on oxygen in March when he had an adverse reaction to immunotherapy and developed severe pneumonia that developed into sepsis.

The father-of-two, from Worcester, said: ‘“I was elated to complete such a difficult challenge, supported by my brilliant team.

“The weather was extreme and took care of any chance that we might complete the entire trail in 10 days, but what we completed in four days in Knoydart was truly exceptional.

“It is a pleasure to bring awareness of the overall shortage in funding of cancer support in the United Kingdom and to fundraise to enable more patients and their families to enjoy the great support that Macmillan Cancer Support provide to people, like me, under these difficult circumstances.”

Mr Wells was diagnosed with melanoma in March 2017 after he noticed a mole had started bleeding.

He had six operations as the cancer spread around his body, including having his stomach removed in March 2018 after doctors found a cricket ball-sized tumour.

The trail is an unmarked route through some of the country’s wildest and most remote countryside to Cape Wrath, the most north-westerly point of the UK mainland.

Andrew Mayhew, a friend who joined the expedition, said: “The conditions we faced crossing through Knoydart – one of the remotest parts of Britain – were amongst the most challenging I have faced in 35 years of hillwalking and backpacking in Scotland.

“It was so wet, even the paths were in spate. I have never gone so long with permanently wet feet.

“As for Martyn, he has proven that having stage four cancer doesn’t prevent you from experiencing excitement, adventure and really wild things – an inspiration to all.”

Last year, Mr Wells raised £46,000 for Macmillan by completing the Severn Way, a 211-mile route following the River Severn from its source in Plynlimon in Powys to Bristol.

Sarah Diston, regional fundraising manager for the charity, said: “What Martyn has achieved is incredible.

“He’s had to overcome so many setbacks because of his cancer diagnosis, including having to learn to walk again.

“Six months after he was in intensive care with pneumonia and chest sepsis, he’s walked 180 miles across the Cape Wrath Trail”