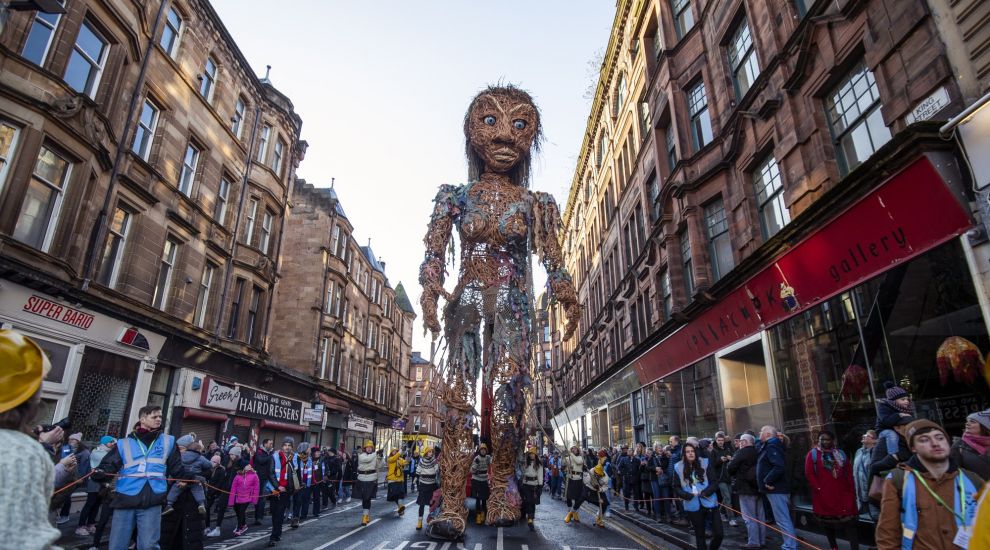 More than 10,000 people gathered in Glasgow to watch a 10-metre high puppet parade through the city centre.

Said to be the country’s largest puppet, Storm is made from recycled or natural materials.

A team of eight puppeteers from Vision Mechanics controlled her walk through Glasgow, which organisers said attracted a crowd of 10,500.

The outing was Storm’s first public appearance and marked the opening weekend of the Celtic Connections festival.

The parade was accompanied by music from Scottish folk singer and musician Mairi Campbell and collaborator Dave Gray, as well as performances from Dileab choir and the Campbeltown Pipe Group.

Vision Mechanics Artistic Director, Symon Macintyre said the puppet brought a message about the oceans and is “a huge reminder of how we owe them everything and now is the time to stand up and protect Storm and her home”.

He added: “Storm is the culmination of two years’ work, planning and making. Seeing her finally walk through Glasgow feels like a very exciting start to 2020.”

Cabinet Secretary for Culture, Tourism and External Affairs Fiona Hyslop said: “What an exciting way to kick off Scotland’s Year of Coasts and Waters.

“Storm carries an important message of caring for and celebrating our oceans and their wildlife.

“I look forward to seeing her continue her journey around Scotland, giving communities a chance to celebrate their connections to our coastlines and to work together to protect our waters for future generations to enjoy.”

Storm’s debut appearance is one of more than 300 events taking place for the festival which runs until February 2, with around 2,000 musicians travelling from around the world to perform.