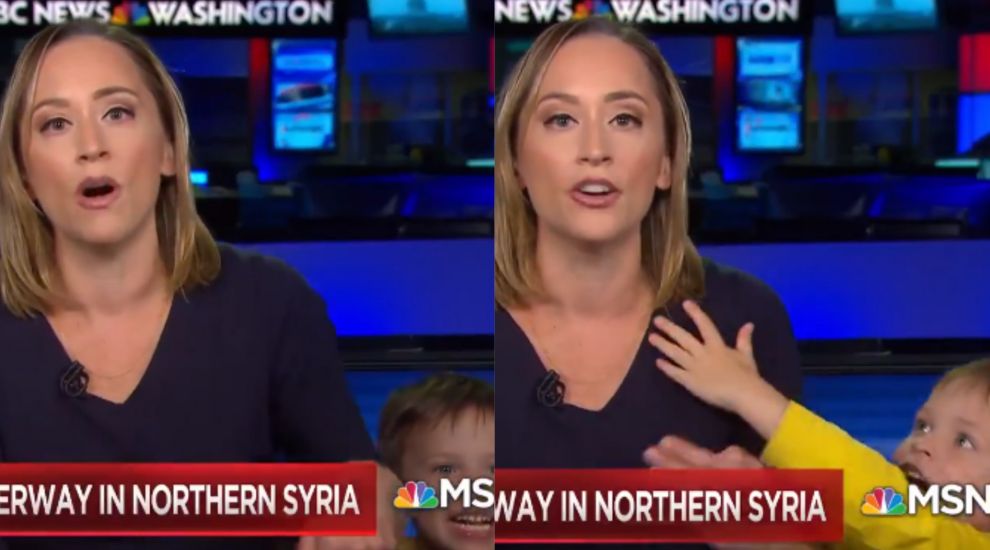 MSNBC news reporter Courtney Kube was joined by her son as he walked into the camera shot live on air.

Ms Kube, the channel’s Pentagon correspondent, was reporting on Turkish airstrikes in Syria when her son popped into the frame to say hello.

The video, which was posted on Wednesday afternoon, has been viewed over 400,000 times.

The clip, showing Ms Kube’s son reaching up to her as she presented the news, is reminiscent of another viral moment in which Professor Robert Kelly’s children came into the room as he was giving a BBC interview.

Professor Kelly was discussing the impeachment of South Korea’s president Park Geun-hye in March 2017 when his daughter Marion, then four, and son James, then one, burst into the room.

The BBC’s video on Twitter of the incident now has over three million views.

Just as Professor Kelly did, Ms Kube kept her composure and returned to broadcasting the news.

“Excuse me, my kids are here!” Ms Kube said as her son came into the shot. “Live television.”