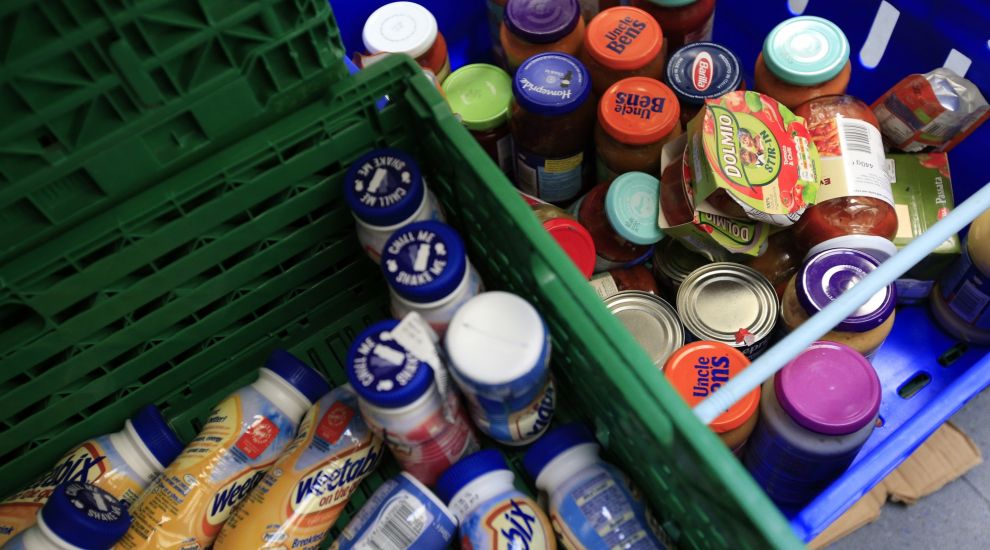 A social enterprise company that provides food banks with their “wish lists” of much-needed items has seen donations skyrocket 5,000% within a month.

Food banks are increasingly turning to Bankuet, a tech platform which allows people to buy the items that food banks most need online, as the coronavirus lockdown makes it harder for people to donate physically.

In just one week in March, the company received more donations than it took during the second half of 2019 after its pilot in July, while its website is seeing more daily visits than it did during the run-up to Christmas last year.

In March alone, Bankuet founder Robin Ferris estimates the company has provided food banks with enough products to feed more than 3,000 people and has distributed around 2,500 food bundles.

In comparison, it provided 87 food bundles in February this year, and gave food banks enough supplies to feed around 504 people during its operations in 2019.

The average donation to each food bank in March was £1,900 – a 353% increase on the average since Bankuet started.

Mr Ferris, who quit his job to set up the company, told the PA news agency: “It’s almost like a John Lewis wedding gift list – tell your friends what you want, people go on and buy it and it gets delivered. We are doing exactly the same for food banks.

“Fast forward to this month, in which everyone would say the world has turned upside down, we’ve seen a huge spike in donations.

“Our website is getting hits every hour, it was our biggest week ever, last week, beating Christmas. We are receiving donations almost every minute.”

The business has gone from a small start-up with just one full-time employee and a handful of volunteers to having more than 70 people involved.

It works by allocating donations to food banks and bulk buying what is needed, which saves on cost and ensures food banks only get what they require.

Food banks can try the service for free for three months, after which they then pay a small fee, which Mr Ferris said “pays for itself”.

Since the Covid-19 outbreak, Bankuet has provided 64 food banks with donations.

The 39-year-old from London added: “In a global time of chaos, the entire team has been overwhelmed by the support coming our way – people just want to help people, and we are the connection for them to do that.”

Dan Frith, Wandsworth food bank manager, said: “Now more than ever, Bankuet is the most helpful way for people to donate food to us – we can quickly update the items our food bank needs, and it’s delivered to our door efficiently and safely.”

One donor said: “I love the fact that (Bankuet is) highlighting what is needed most by the food bank, so as a donor I’m not buying surplus items that may go out of date.”

Sabine Goodwin, co-ordinator of the Independent Food Aid Network, said: “Independent food banks really appreciate being able to access the food they actually need through this unique system; especially while they are unable to bypass supermarket rationing schemes.”

It comes as fundraising site gofundme said it had seen a 566.6% rise in the number of campaigns mentioning food banks and a 3,500% rise in the amount they raised in March compared to the previous month.