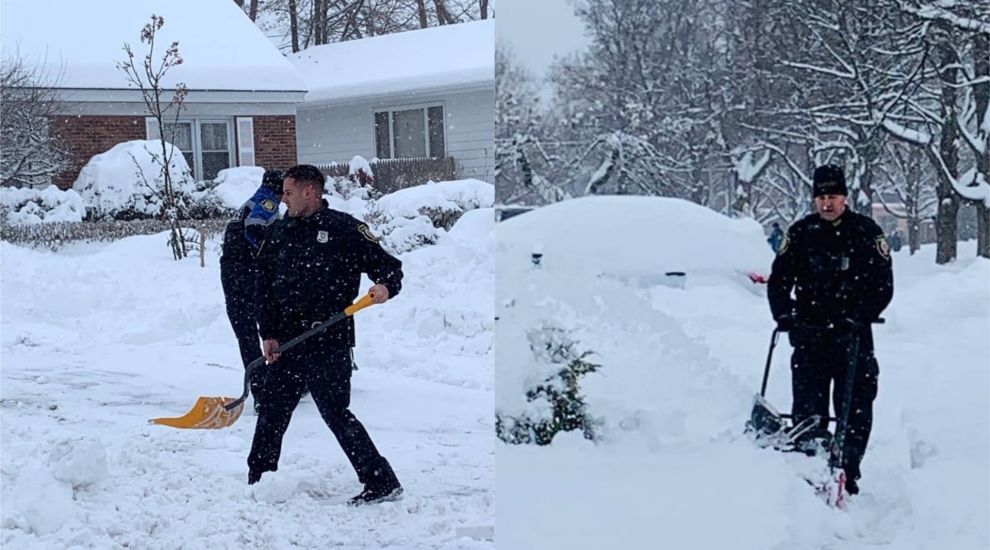 Police in New York have been praised for clearing snow from a 99-year-old resident’s driveway on Monday.

Albany Police Department posted photos of the good deed on Monday after over a foot of snow fell on the area.

The department said: “This morning, the Albany Police Center Station received a phone call from a 99-year-old resident who lives alone and asked for our assistance with clearing snow from her driveway… Without hesitation, Police Officers William Pierce, Christopher Stiles and John Schueler all drove to the woman’s home to assist her.”

New York governor Andrew Cuomo declared a state of emergency in seven counties in the state, including Albany, on Monday.

More than 300 members of the National Guard were deployed to help with snow removal in the counties, as more than 16 inches of snowfall was reported in Albany.