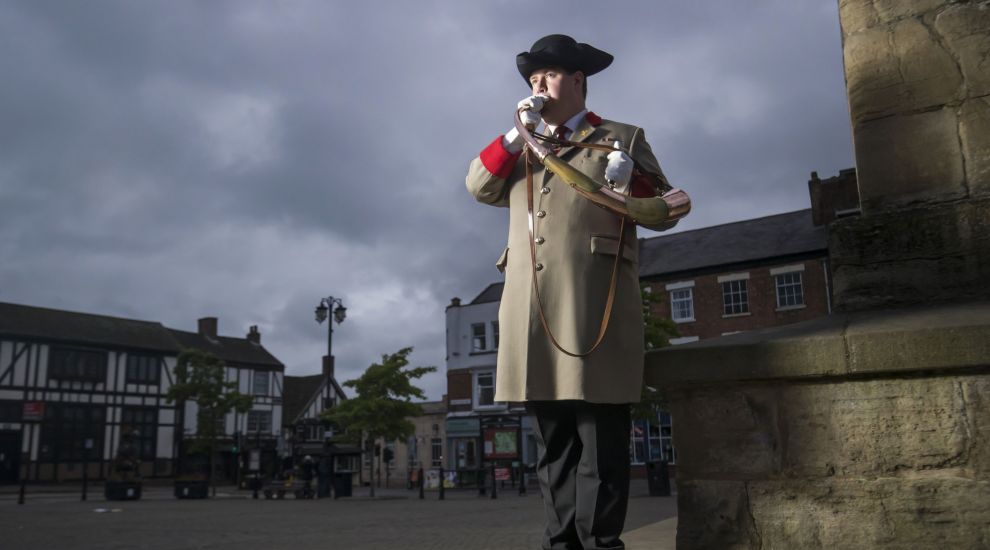 Hornblowers in Ripon have said carrying on one of Britain’s oldest traditions from their homes is important to give people a sense of normality during the coronavirus outbreak.

The “Setting of the Watch” tradition, which is believed to date from 886, normally sees one of the city’s hornblowers give four blasts in the Market Square at 9pm every evening.

Following the lockdown,  the decision was made to continue the ceremony from team members’ homes within the city’s boundary.

Wayne Cobbett, 33, a dental technician, said the tradition marks a time when the people of the city would be kept safe throughout the night, from 9pm, by a watchman.

He told PA Media: “We do that by four blasts of the horn around the obelisk in the Market Square at 9pm every evening.

“The restrictions we now see imposed upon us all mean that we can’t really do that safely, so we are having to do it from our places of residence for the foreseeable.”

Mr Cobbett continued: “It’s sort of part and parcel of life in Ripon that the hornblower blows a horn every night. It’s quite important that the tradition continues.

“It’s always symbolised security for Ripon, from back in the day when it was about the watchman being on duty and keeping people safe.

“It still represents that safety, and continuity of safety, in Ripon and that’s more important than ever these days.”

The 1,134-year-old tradition last had to be adapted during the Second World War, when the horn was blown at the earlier time of 6pm – or before the blackout.

Now, the three hornblowers – Mr Cobbett, Richard Midgley and Alison Clark – will continue the tradition from their homes.

In a video posted to the Ripon Hornblower Facebook page, he apologised to his neighbours and joked that he could claim the title of “weirdest work from home job”.

He said: “Bit of an unusual situation. One that we certainly hoped we wouldn’t get into. But the situation is what is is, so it’s got to the stage where working from home is necessary.”

After giving four long blasts on the horn, he said: “Goodnight and sleep safe folks, the watch is set.”

Ripon City Council said in a statement: “Given the extraordinary situation that the whole country and wider world finds itself in, our hornblowing team will now undertake the setting of the watch ceremony from their home address within the city boundary.”