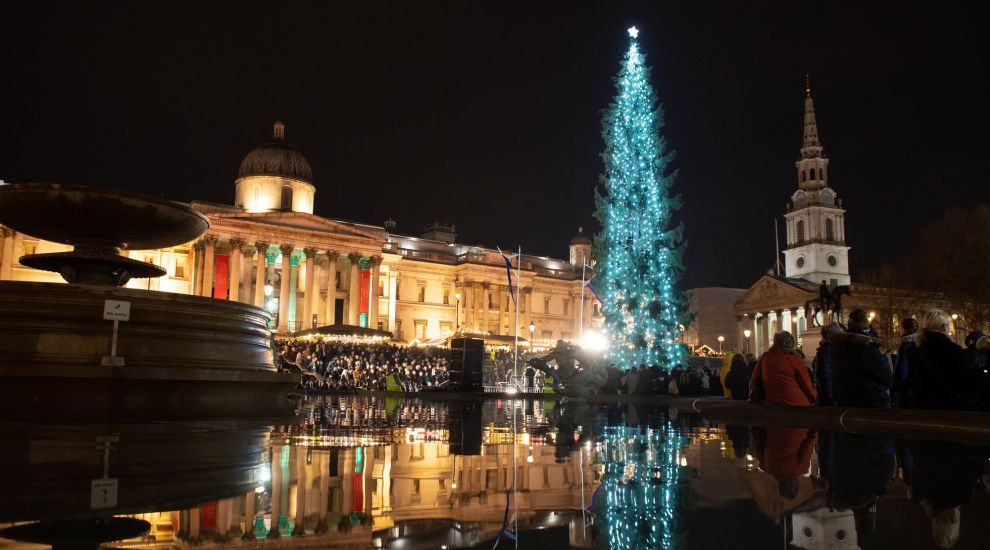 The famous Trafalgar Square Christmas tree has been illuminated in an official lighting ceremony after some people expressed concern it was looking more sparse than usual.

The Norwegian spruce’s lights were turned on in front of crowds of people on Thursday evening in the presence of dignitaries including the Mayor of Oslo Marianne Borgen and Lord Mayor of Westminster Ruth Bush.

Speaking at the ceremony, Ms Borgen said: “It is really an honour for me to present to you this year’s Christmas tree from Oslo.”

The gathered crowd cheered as the strings of lights were turned on in central London.

The ceremony came after some Londoners expressed concern about the state of this year’s tree, given by Norway to Britain in line with an annual tradition dating back to 1947 to express thanks for support in the Second World War.

One social media user had labelled it the “most anaemic tree possible”, while another said: “As a Norwegian Brit I’m truly embarrassed.”

A third tweeted: “The Trafalgar tree’s looking a bit sparse this year … Who upset Norway then? Come on, own up.”

Speaking on Wednesday, a spokesman for Westminster Council told the PA news agency: “It’s a shame that people have to always be so negative. This tree is a symbol celebrating friendship in the face of adversity.

“I don’t know what people expect a 90-year-old 72ft tree to look like, but it is going to be different from a tree you have in your home. The branches will be spaced out a bit more.”