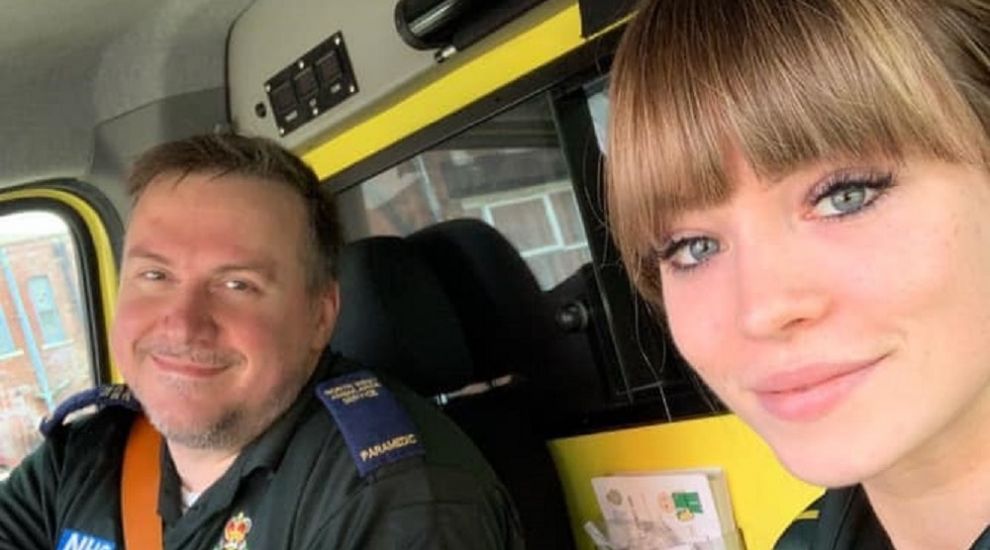 A family has been working overtime in an ambulance together, and a town in Wales has been taken over by mountain goats in Tuesday’s news.

Here is a look at some of the day’s more uplifting stories you might have missed.

Father-and-daughter duo Brian Chipman and Yasmin Turner have been working overtime in an ambulance together, calling for people to “hang in there!”

Ms Turner said in a statement: “My mum [also training to be a paramedic] has inspired us both to do this job, to never give up and that you can work your way up.

“Hang in there, be nice to each other and stay safe!”

– Mountain goats have taken over deserted streets in a seaside town

A herd of goats has been spotted strolling around the deserted streets of Llandudno, North Wales, during the nationwide lockdown.

Resident and reporter Andrew Stuart filmed the goats as they roamed around the town, tweeting: “They were probably going to run riot on the town, what with nobody being about due to the lockdown.

“I also wasn’t sure if they were keeping the required two metres apart.”

He said North Wales Police officers attended the scene in a patrol car, adding: “I’m sorry if the goats got arrested. But they were being very naughty.”

An NHS worker in Wigan will not need to worry about parking outside her family home after neighbours showed their appreciation by painting a space for her car.

The local community also produced a reserved sign outside the house which read: “Space reserved. Polite notice. Please respect the sign and give our NHS worker a chance, thanks the neighbours.”

The husband of the worker, who did not want to be named, posted images of the space on Facebook on Saturday morning.

He wrote: “No-one has a right to park in front of their own house but what absolutely gorgeous caring neighbours who have done this for her. Such a caring touch.

“She was emotional when the street clapped for the NHS in the week, this will do her in!”

Two men, known as the “Stockport Spider-Men”, have been entertaining children and family alike during lockdown by dressing up as the character on their walks.

Jason Baird, who runs Jason Baird’s Black Belt Academy in Stockport, and his colleague Andrew started the craze by dressing up as the beloved character on a live video call to some of their students.

The next day Andrew went around his estate in the same costume, and the pair are now going on their daily runs dressed as their alter-egos.

“All my neighbours on the street, they’ve got teddy bears of Spider-Man in the windows, they’ve Sellotaped Spider-Man masks to lamp posts,” Mr Baird told the PA news agency.

“It’s nice to see because it’s keeping me happy and sane as well. I went through a bit of a wobble. It’s keeping me busy and active.”

A 94-year-old retired nurse named Joy praised NHS staff as she returned to her residential home in Suffolk having recovered from coronavirus.

“When I phoned her the night she came out, I asked her about the hospital and how it had been and she said ‘everybody was wonderful'”, Mr Basil added.

“All these wonderful nurses putting themselves at risk to help others, she said they’re amazing, they’re absolutely wonderful people.”