£10k and a soup-er turnout… despite the storm! 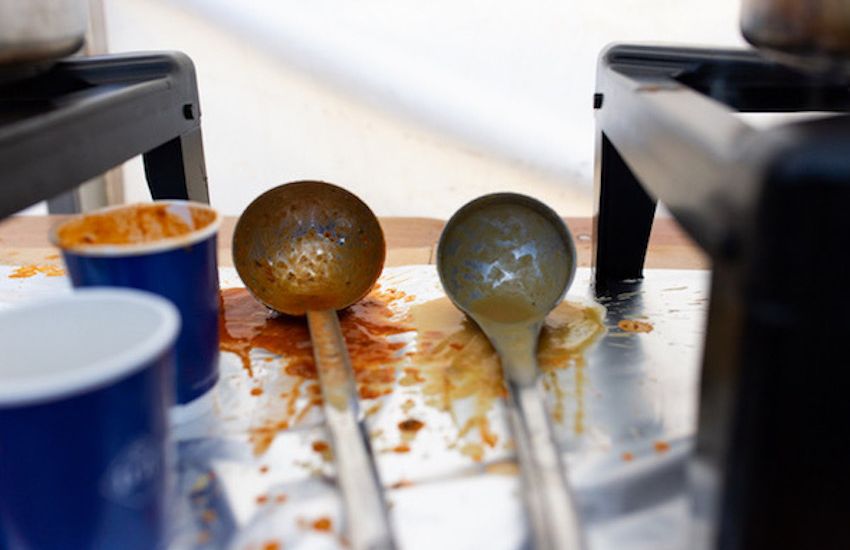 £10k and a soup-er turnout… despite the storm!

Wet and wild weather failed to dampen the desire of 2,800 islanders for grabbing a mug of soup to help the island’s homeless yesterday, with more than £10,000 raised overall.

Storm Barra attempted to batter the island – and the Shelter Trust tent in the Royal Square – with gale force gusts and heavy rain.

But the 23rd annual Soup Kitchen’s menu was still enough to draw out islanders who happily queued for flavours ranging from French onion to Trinidadian corn and dumplings, and white bean and truffle.

All the hot broths on offer were generously donated by hotels, restaurants and a variety of other supporters. 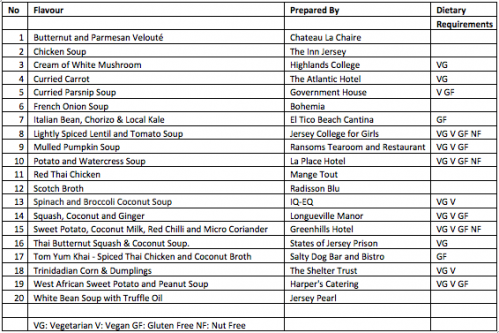 Pictured: The soups on offer and who made them.

Lady Dalton served up some portions, and Crown Officers and States Members were also in attendance.

“I am pleased to report that the Shelter Trust for Jersey’s homeless will benefit by over £10,000 raised by today’s Soup Kitchen in the Royal Square,” said organiser Richard Robins.

“Despite the appalling weather Jersey’s public turned out in numbers and although the total raised is lower than in previous years it was a hugely successful event, raising awareness of the island’s homelessness issues.”

FOCUS: A home where vulnerable women can find their "strength"