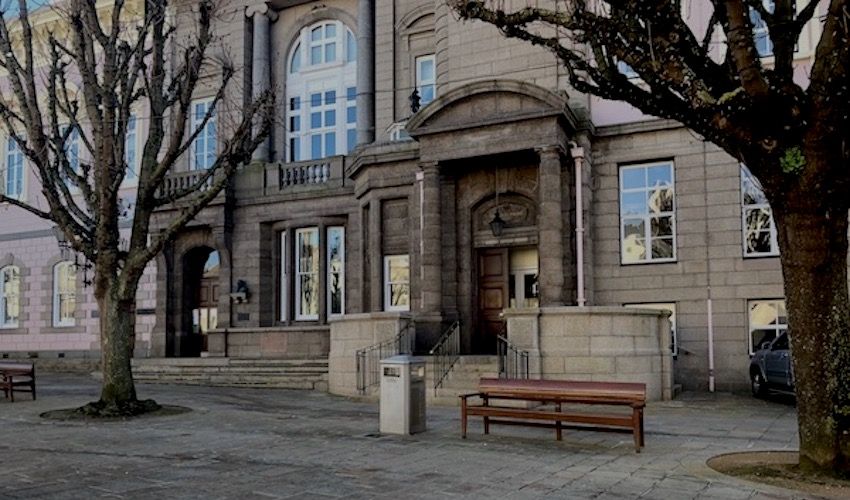 A 35-year-old woman has been given an 18-month probation order after she broke into a flat and caused over £400 of damage, mistakenly thinking it was owned by someone she thought had set fire to her car.

Keeley O’Brien appeared yesterday in the Royal Court charged with illegal entry, malicious damage and disorderly conduct, and was given probation instead of a prison sentence, due to her "exceptional circumstances."

The court heard how a few days before the incident on 13 June 2021, O'Brien's car had been set deliberately set on fire outside her address - no one currently faces charges for that offence and the motivation remains unknown to authorities.

O'Brien suspected three people of being behind it - one of these people lived in the same St. Helier complex as her friend, where she was drinking on the evening of 17 June.

At some point in that evening, she decided to go to the flat where she believed the culprit was living, alongside her friend who waited in the doorway.

However, she picked the wrong flat, entering the household of a family while they were asleep and causing £422.88 worth of damage, including damaging three computer monitors.

Soon after, she realised it was the wrong flat and the pair ran away, pursued by the homeowner.

Later that day, she went to find the woman she thought had been responsible for setting fire to her car, shouted abuse at her and threw a plastic Lucozade bottle at her.

Then O'Brien and her friend returned to the flat she had broken into mistakenly the previous night, explaining the mistake and apologising to the homeowner, offering to pay for any damage caused and telling him she was going to the police station to hand herself in.

After handing herself in alongside her friend, O'Brien then admitted to the offences in a police interview on 18 June 2021, and said that she felt terrible for what she had done to the flat.

Prosecuting, Crown Advocate Richard Pedley recommended a 19 month prison sentence for O'Brien, and a restraining order against the woman she shouted at.

Defending her, Advocate Adam Harrison argued that despite a usual custodial sentence for breaking and entering, that these were "exceptional" circumstances, and that she should be given probation and community service.

Advocate Harrison told the court that O'Brien's side of events was that one of the perpetrators behind her car being set on fire was known to her, and had phoned her up beforehand saying: "you'll get a glimpse of something."

He said following the car fire, which had happened at her address while her children were in the house, she had been left in "highly anxious and emotional state," quoting her as saying: "My head was gone, it was completely overwhelming."

He said O'Brien also believed this person's partner was also involved in the incident, and that had been the main reason she had broken into the flat she thought was hers, after she had consumed "far too much alcohol while discussing what happened."

He added she had immediately shown remorse and "clear regret" following her actions, having immediately apologised to the home owner the following day and then handed herself in.

Citing how she was a "kind, caring, supportive and hard working individual", he brought up many references from community groups and charities O'Brien had helped with in her spare time, as well as her own efforts to set up her own business, and her unpaid work helping at a local primary school.

He further argued that her probation officer had said a custodial sentence would have a "significant adverse impact" on the achievements towards a constructive and stable life O'Brien had made, and "jeopardise" her family's stability.

Summing up his argument, Advocate Harrison said that O'Brien was a "fundamentally decent person - the references show as much."

He continued: "This offence arose out of an exceptional set of circumstances that are highly unlikely to be repeated within the future. Within hours of her offending in the cold light of day, Ms. O'Brien, came to her senses and immediately took steps to put things right."

Handing down the verdict, Deputy Bailiff Robert MacRae, sitting with Jurats Collette Crill and Elizabeth Dulake, remarked that it was a "serious offence to enter someone's home as a trespasser", and that one of the residents had suffered "from anxiety, sleeplessness and panic attacks as a consequence."

He said that it was of "significant credit that you apologised to the householder, offered to pay him compensation and handed yourself into the police all within 12 hours of these offences," as well as making "full admissions when you were interviewed by the police."

The Deputy Bailiff acknowledged her difficulties growing up, and agreed that "a prison sentence would have a great impact on the achievements you've made over the last 15 years", as well as "jeopardise" her family life.

Citing the "exceptional circumstances" around the case, he handed down a probation order of 18 months for all three counts, and ordered her to pay £400 in compensation, at a rate of £50 per month. No restraining order was made.

IF someone set fire to my car I would call the Police & give the suspects name!

Even the Police need a warrant or a Section under the codes of Practice to enter premises - a misguided mistake is no excuse whatsoever!
To place a comment please login Login »