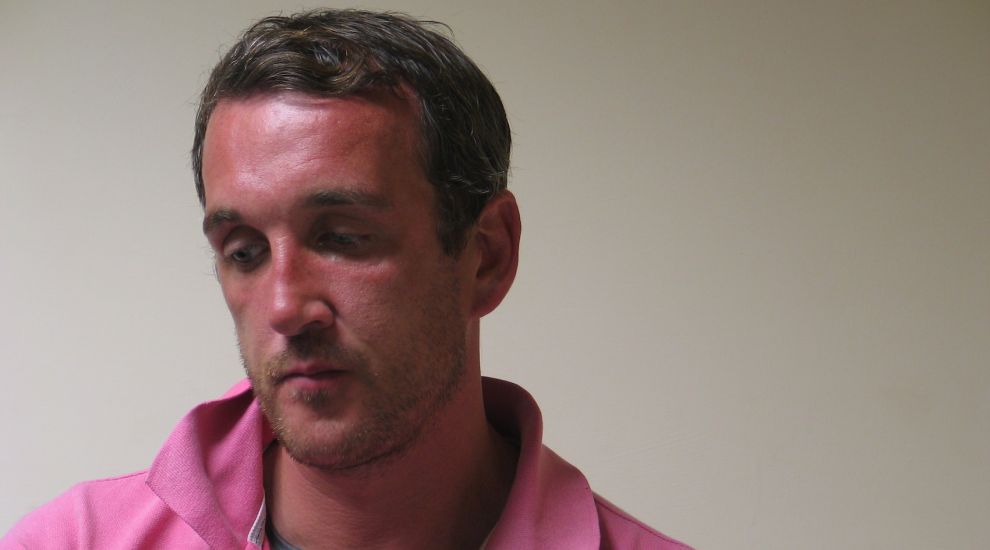 A 46-year-old cannabis dealer - who was tracked down after being found saved in another drug supplier's phone as 'Big D' - has been sentenced to 22 months in prison.

David Vallois pled guilty to the drugs offence in the Royal Court in August this year. He has since been remanded in custody.

He appeared in front of the Royal Court this morning for sentencing for one count of supply of a controlled drug.

Crown Advocate Simon Crowder laid out the summary of facts.

He explained that police officers conducted a search warrant in July 2021 on the address of Christopher Cornick (35). They seized cannabis estimated to be worth over £12,000 in value and cash totalling £3,630.

Cornick’s phone was then searched by officers, revealing messages between him and a higher-level drug dealer saved in his contacts as ‘Big D’.

Advocate Crowder explained that the telephone number of this contact was then identified to be that of David Vallois, who was subsequently arrested at his home address in September 2021.

His phone was also seized, and messages showed that Vallois was involved in the “highest wholesale supply level” of cannabis locally, including the “importation of cannabis into the jurisdiction and its subsequent distribution”.

The messages suggest that Vallois was involved in the supply of at least 2kg of cannabis in the year before his arrest, including some single transactions of over £5000 each.

Advocate Crowder described Vallois as “not of good character”, with previous drugs convictions in both Jersey and France.

The Crown Advocate said that Vallois “minimises his behaviour” and “maintains that the text messages were taken out of context”.

He described Vallois as being at a “high risk of reconviction” due to factors including his criminal history, lack of education, substance misuse, and criminal friends and associates.

The Crown moved for a sentence of two years’ imprisonment.

Defending, Advocate Blakeley, argued that “the most appropriate way to deal with this offense is a custodial sentence to be converted into a community service order”.

He described Vallois’ offense as an “unfortunate error” from someone who had made a “very genuine success of turning his life around”.

Advocate Blakeley explained that Vallois “accepts fully” that he has offended in the past and he previous struggles with drug addiction.

However the defence advocate said that his client has done an “enormous amount” since then to “turn his life around” and it has now been 18 years since his last drugs conviction.

Advocate Blakeley said “the devil does make work for idle hands”, as he described how lockdown meant that Vallois, who is a carpenter by trade, was unable to work. As a result, his boredom meant that he “slipped back into drug use”.

The defence advocate added that the amount and content of references “massive network of people who speak highly of him” and describe him as a “genuine, nice, and kind man”.

Advocate Blakeley therefore suggested that probation instead of a custodial sentence would allow Vallois to engage with alcohol and drugs services for “constant surveillance and support to assist him”.

He explained that the most important thing is to keep Vallois busy and distracted as “he likes to help, assist people and do things for the community”.

This community spirit, the Court was told, is reflected in how Vallois had helped men staying in sheltered accommodation who had previously been in a similar situation as him and helped them turn their lives around.

Advocate Blakeley describing the drugs offence as “a slip”, as Vallois “has made such a remarkable change” in his life.

The defence advocate concluded by arguing that “with the appropriate support and help”, Vallois “can get back on that road again. He did so for 18 years.”

Advocate Blakeley called for 18 months’ probation for his client with a community service order.

Deputy Bailiff Robert McRae, who was sitting alongside Jurats Jane Ronge and Joanne Kim Averty, handed down the sentence.

The described Vallois as a “commercial dealer” involved in the “highest wholesale supply level locally” of at least 2kg of cannabis.

He said that Vallois had “gone into this offending with [his] eyes wide open” and described his offence as “so serious that only a custodial sentence can be justified”.

Vallois was sentenced to 22 months’ imprisonment.

Drug Squad officer, Police Constable Adam Claxton said: “The team work really hard to bring these offenders before the courts, many of these investigations are complex and time consuming, but we continue to work with our partner agencies in keeping illegal drugs off our Island’s streets.”