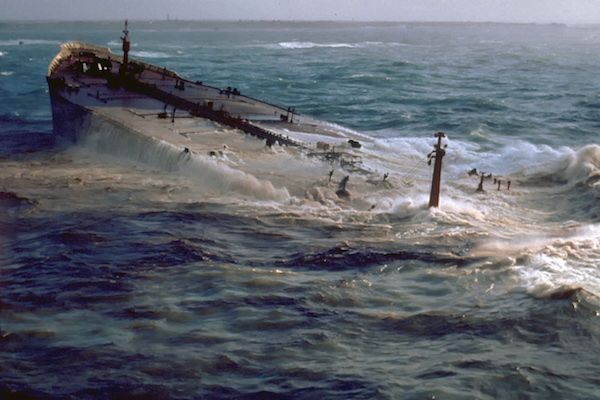 Today marks 40 years since islanders rallied together to save birds and marine life washed up on Jersey’s beaches after one of the biggest oil disasters in history.

The Amoco Cadiz oil tanker ran aground off the coast of Brittany in 1978, following a steering gear failure. 223,000 tonnes of oil and 4,000 tonnes of fuel from the ship leaked into the sea, causing the biggest loss of sea life in one incident up to that date.

As rough seas broke up the tanker before the oil could be collected from it, it’s impact on the environment was catastrophic with 20,000 birds among the victims. Mike Stentiford MBE, who was a group leader of a junior team in the RSPB at the time, was one of the many islanders who helped rescue the wildlife as the slick had reached Channel Island shores

“What I remember most of all strangely enough is the smell of oil, it was really overpowering and that was happened for maybe 24-hours and then of course the birds started coming in and this was really quite heart-breaking as a lot of the birds were covered in very thick oil, in fact we were finding what the youngsters thought were tar foot mould and you would gather them up and find right in the middle of it was a puffin or a razorbill or a guillemot; those were the species coming in at the time.

“It’s a terrible thing to say but it was probably better to find dead birds than it was to find live birds because they were so encased in this thick oil, it was in their feathers, they had swallowed it and it was a pitiful sight. The Animal Shelter, I think at that time, they were taking birds in but I don’t think they were geared up for something as big as this, it was a huge undertaking for them," Mr Stentiford said.

Video: Mike Stentiford MBE remembers the clean-up from one of the biggest oil disasters in history.

He added: “The timing was really, really bad for sea birds, this is preciously the time of year that birds start coming inshore for the nesting season so they were tens of thousands of sea birds in the vicinity and the vast majority of them got caught in the oil slicks.

Max Allan, a vet who had just moved to Jersey in 1977, told Express around 230 dead birds were washed up on Jersey’s beaches. Although the JSPCA dealt with most of the wildlife casualties, he was also involved in trying to save the birds that were still alive but in a very bad way: “I remember the first oiled bird I was told about, a French worker had called me saying there was a penguin covered in oil on Anne Port, it turned out to be a Guillemot.

“I had about eight or nine birds brought to me at the surgery altogether, which I started to treat before passing them onto the animal shelter (…) It takes hours and hours and hours to wash all the oil from them.” 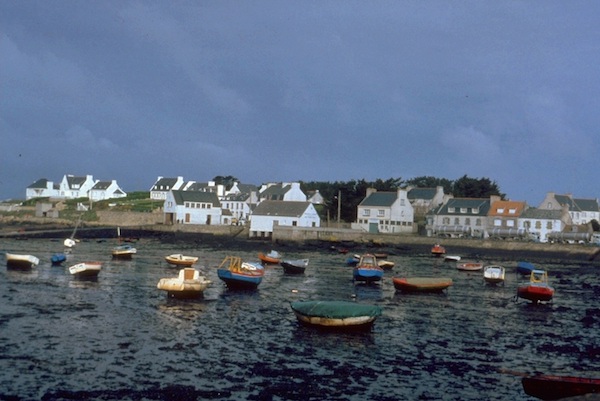 Pictured: An oiled beach in Brittany caused by the Amoco Cadiz disaster in 1978.

Although the heavy oil on Jersey’s beaches wasn’t as bad as in France,  where 45 miles of the coastline was covered in thick oil, it was still devastating. Big oil drums were put up along the beaches by public services as collection points for dead birds, and some of Jersey’s beaches were closed for a while until it was felt they were safe to use again.

Mr Allan described the sight of the oiled birds being washed up as “absolutely horrendous” but said it was “wonderful how everyone rallied-round to help.”

In 1991, Jersey received £344,592 of compensation money from the oil spill which the States of Jersey used to set up the Jersey Ecology Fund to support local environmental projects. 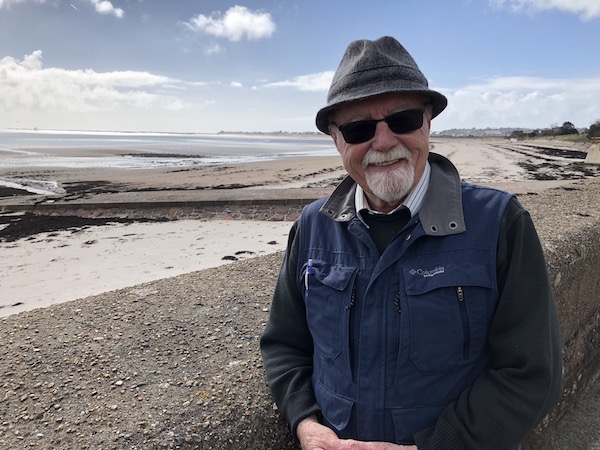 Pictured: Mike Stentiford MBE, who helped rescue the birds that were washed up on the beaches covered in oil, was one of the first Trustee's of the Jersey Ecology Fund that was set up to help the island's environment.

Chairman of the Ecology Fund, Deputy Scott Wickenden said: “The projects it has helped fund over the years have addressed some of the ongoing environmental issues Jersey faces, such as declining habitat, and impact of development and commercial exploitation, and inspired and educated a new generation.”

As the island marks the 40th anniversary of the disaster, trustees of the fund are reminding islanders that the money if there to benefit the island’s environment.

To find out more or apply for funding click here.