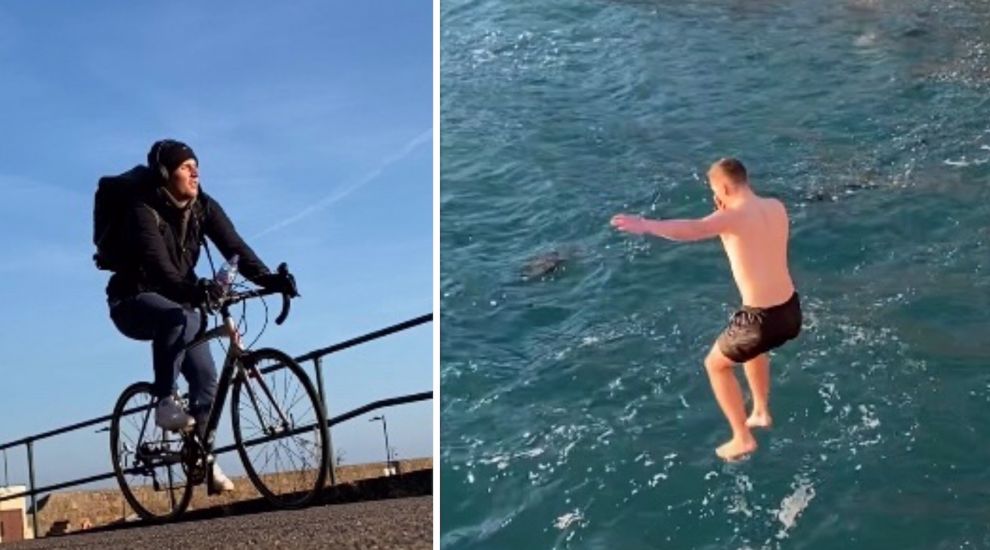 A 26-year-old islander braved the cold in late December to cycle 50 miles around the island and jump in 12 bays in a single day to raise funds for a charity that supports homeless islanders.

Jamie Paull quadrupled his fundraising target for the Shelter Trust, reaching a total of £400.

His challenge, which he described as “a spur of the moment decision”, involved a 50-mile ride around the island and jumping in the sea in 12 parishes along the way.

“I’ve always enjoyed cycling and jumping in the sea all year round so I thought why not combine the two,” Jamie explained.

Video: Jamie documented his challenge in a video.

Jamie normally keeps active through his work as a carpenter. He also goes to the gym, surfs and cycles rather drive when he can. He also enjoys being outdoors, going for walks, eating good food and looking after his two small dogs, a French bulldog and a dachshund.

He planned his challenge just a week before he actually undertook it on Thursday 23 December.

“I wanted to do something active before the Christmas binge eating and lazing around watching movies started,” he added.

“I enjoy traveling and seeing new places but since covid has made that difficult I've been trying to find new adventures closer to home. I felt like I was in a bit of a slump not doing much so I started brainstorming ideas to get myself out of my comfort zone." 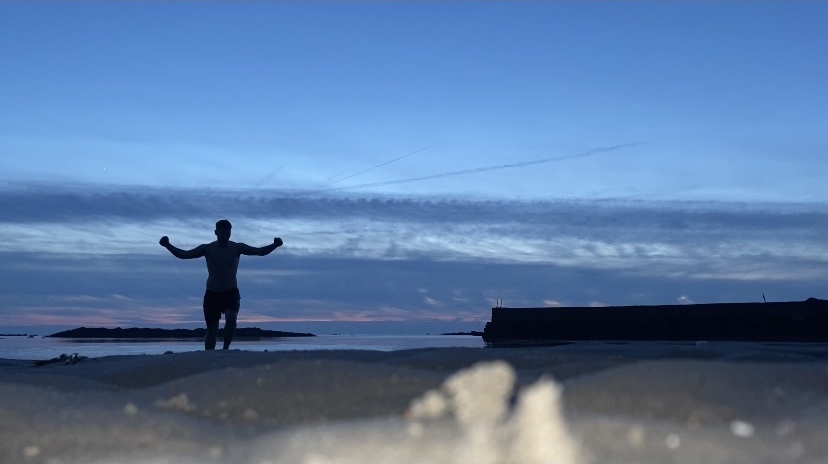 Pictured: “I wanted to do something active before the Christmas binge eating and lazing around watching movies started,” Jamie said.

After coming up with the idea to cycle round the island and jump in the sea, Jamie decided to raise money for a charity and “hopefully inspire others to get out and make the most of the day”.

This was not his first charity initiative, as he previously kayaked around the island for Mind Jersey and went on a Jersey Overseas Aid trip to Kenya to build a sand dam.

For his latest challenge, he decided to raise funds for the Shelter Trust, which supports hundreds of homeless islanders.

“The thought of not having shelter or warm food when winter starts to kick in really puts things into perspective when you start complaining about the little things,” Jamie said. “No one sets out to be homeless, the Shelter Trust do great work providing the basic necessities and are there to help when it may feel like no one cares.” 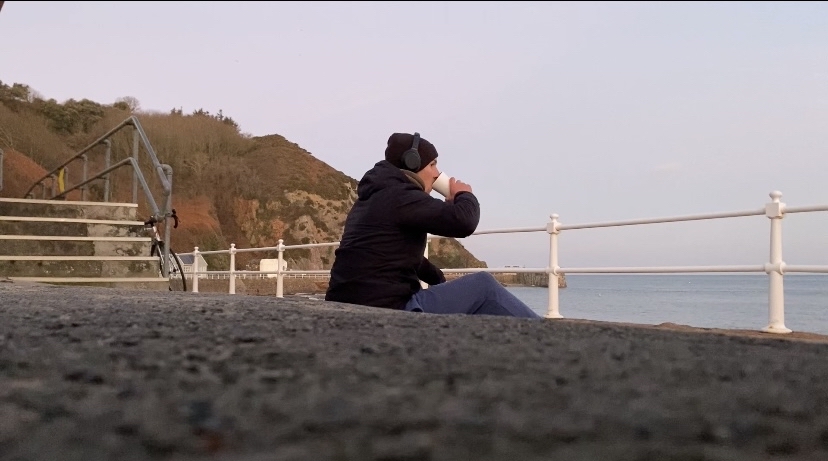 Pictured: "I made a few crucial pit stops having a tea to warm up when the cold started getting a bit much," Jamie said.

Speaking a week after his challenge, Jamie said he had initially felt very tired for about two days but that relaxing over Christmas had helped him feel refreshed.

“I feel ready to take on another challenge,” he said.

“During the challenge, I was grateful there was a bit of sun helping combat the cold breeze and I made a few crucial pit stops having a tea to warm up when the cold started getting a bit much.

“Towards the end I felt the pressure when it started getting dark and felt like stopping but pushed on to the finish and felt proud getting changed after completing the last dip.

“I want to continue to take on different challenges to help myself live a bit more in the moment and appreciate my surroundings.”

CLICK HERE to make a donation to Jamie's fundraiser.