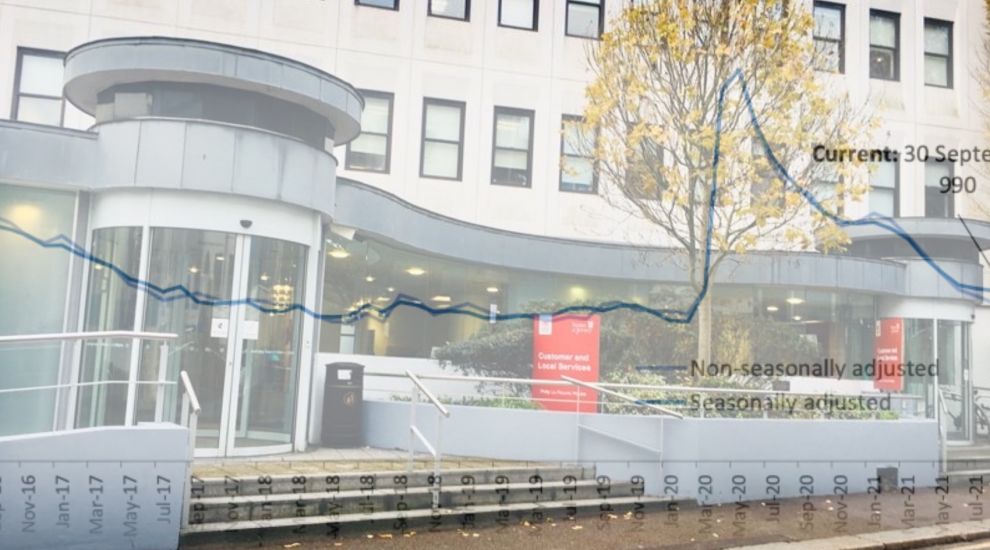 The number of islanders actively seeking work has gone down by more than a third compared to last year, with 990 people registered in the category as of last month.

The figures were contained in a newly-released report by Statistics Jersey, which reflected a continued decrease this year for the first time in three years, despite 460 new registrations as of September.

The report notes that on a seasonally adjusted basis, the number of people registered as actively seeking work was 70 lower than at the end of the previous quarter, and 590 less when compared with the same time last year.

Pictured: Actively Seeking Work figures over the past five years.

This makes a difference to the historical trend for September figures, where usually there would be an increase due to the rule that any parent of a child aged four, five or twelve during the new academic year will have to actively seek work.

It was noted that overall, a greater number of women (600) than men (390), were registered - a Ministerial briefing on the figures said that this was a consequence of the academic year.

Nearly two in five people (37%) had been registered as actively seeking work for three months or less, and a similar number (41%) had been on the list for more than 12 months.

Of those who had registered for over 12 months, 180 were engaged in some form of paid employment and therefore classified as underemployed - "individuals who are working fewer hours than they would like or who would like to change their current working situation."

92% of people (910) registered as ASW were receiving Income Support, which is an increase in percentage compared to the same time in 2016, when it stood at 83%.

Posted by Jon Jon on Oct 8th, 2021
Why then do we need to bring in people for the hospitality sector if so many are unemployed,hospitality isn’t exactly taxing work!
To place a comment please login Login »