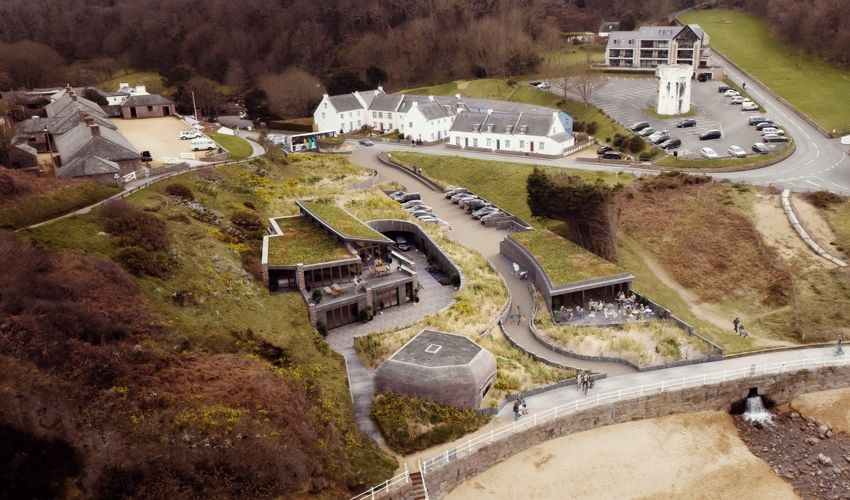 The design team behind the new luxury property in Grève de Lecq has said that the addition of a swimming pool and underground gym and cinema room will not change the visual impact of the development.

Initial plans to demolish the Seaside Café and remove its large car park to build a four-bedroom house and 100-cover café were approved by the Planning Committee in January and formal permission was given in March.

Those plans, submitted last July, reduced the combined floorspace from 985 m2 to 592 m2, representing a 40% reduction in overall floorspace.

A month later, revised plans were submitted adding the extra elements, which add 82m2 to the approved developing, reducing the floorspace reduction compared to the existing development from 40% to 32%.

Objectors to the revised plans include the National Trust, which said: “The revised application certainly lessens the ‘significant reductions’ referred to, which were taken into account by the Planning Committee when making their earlier decision.

“In view of the materiality in the size of the increased plans, and the short time elapsed since the initial approval, we believe that the application should be considered again by the Planning Committee in its entirety, rather than on the piecemeal basis upon which it has been submitted.” 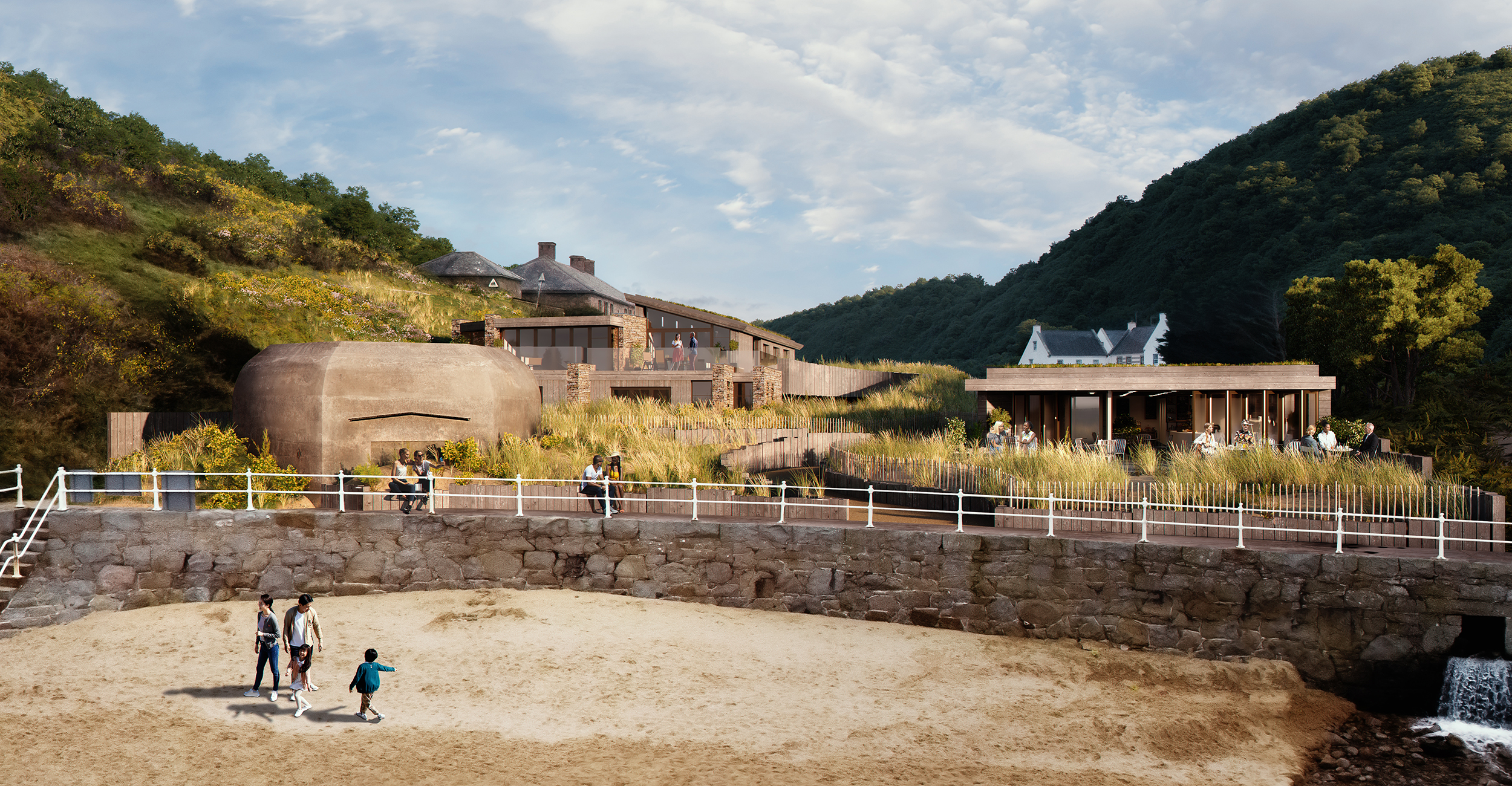 Pictured: An artist's impression of the home and café from the beach at Grève de Lecq. (MS Planning)

This week, consultants MS Planning have responded to these and other representations.

“The proposed additional floor space is all subterranean and non-habitable (cinema room, shower and gym),” Director Michael Stein writes. “It sits under the new dunescape with no resultant change in the ground level in this area and therefore does not have a visual impact.”

He adds: “The addition of a pool and subterranean cinema room and gym and not unusual additions for a property such as this. Neither element increases the potential occupancy of the dwelling nor the visual mass of the building.

“All new floor area is effectively buried under the previously approved dune landscaping. The pool is also set within a courtyard below the dune level. None of these new elements will be visible above ground.”

The submission concludes: “This proposal complies with the relevant Coastal National Park policies of the Bridging Island Plan and represents a small amount of additional development without any harm caused to the ability of the site to continue to provide significant environmental and ecological gains as well as a reduction in overall built mass.”

The unbuilt property is currently on the market. Offers over £5m are invited for the site with approved drawings or offers of over £11m for the completed development project.

Posted by Scott Mills on Oct 7th, 2022
what are they doing with the bunker, as I'm sure this is protected no?
To place a comment please login Login »