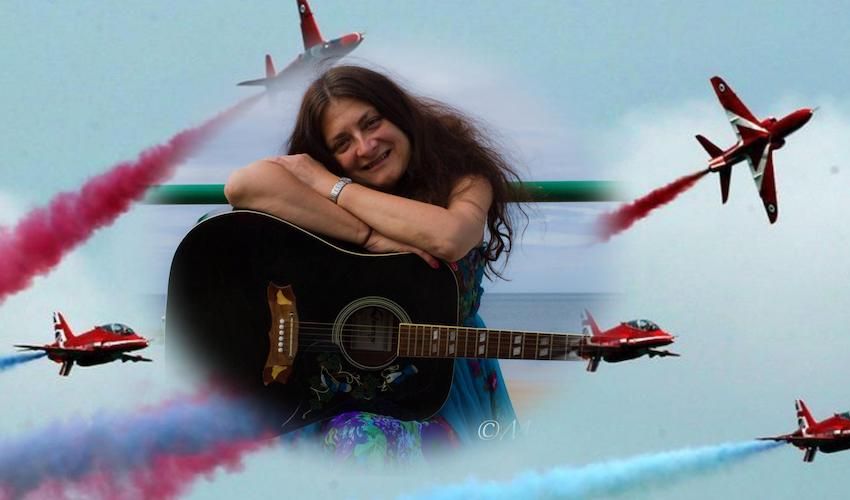 Of all the cultural event's in this Pink Cowgirl's calendar, one of the singer-songwriter's top choices may well surprise you.

It's a busy summer for Dina Andrews (aka the 'Pink Cowgirl'), who recently won 'International Female Songwriter of the Year' in Atlanta, but she won't let the Air Display - an event she has enjoyed since her childhood - fly by without encouraging islanders to lift their eyes to the skies.

The country and folk singer-songwriter discovered music at a young age and started playing the violin at the age of seven.

She discovered the guitar three years later and has been playing ever since. Eight years ago after gaining a degree in English Literature and publishing three of her novels - 'Reflections From The Deep', 'Tears in the Sand' and 'Tears in the Rain' - she began writing her own songs.

They soon began to be noticed and some were recorded and released by ‘Paramount Song’ in Nashville, either sung by Dina or by various other female or male vocalists.

Dina - whose voice and style has been compared to the late Kirsty MacColl - says she was influenced by the likes of Kris Kristofferson, Gordon Lightfoot, Randy Travis and, more recently, Brad Paisley and Alison Krauss.

Pictured: Dina at the International Singer-Songwriters Association Awards in Atlanta earlier this month.

On 3 August, she was crowned 'International Female Songwriter of the Year' at the International Singer-Songwriters Association Awards in Atlanta. She is also nominated in the Josie Music awards, whose ceremony she will attend in Dollywood (Tennessee) on 21 September thanks to the support of ArtHouse Jersey.

In the meantime, she has shared a list of events that have piqued her interest...

1. Music to make you dance and sing along!

Country, Folk, Americana and Blues, the Halkett Hoedown (25 August) is Jersey's number one street party. Live Music, fabulous food, family fun - and all for charity! The event is run once every two years and is not to be missed. 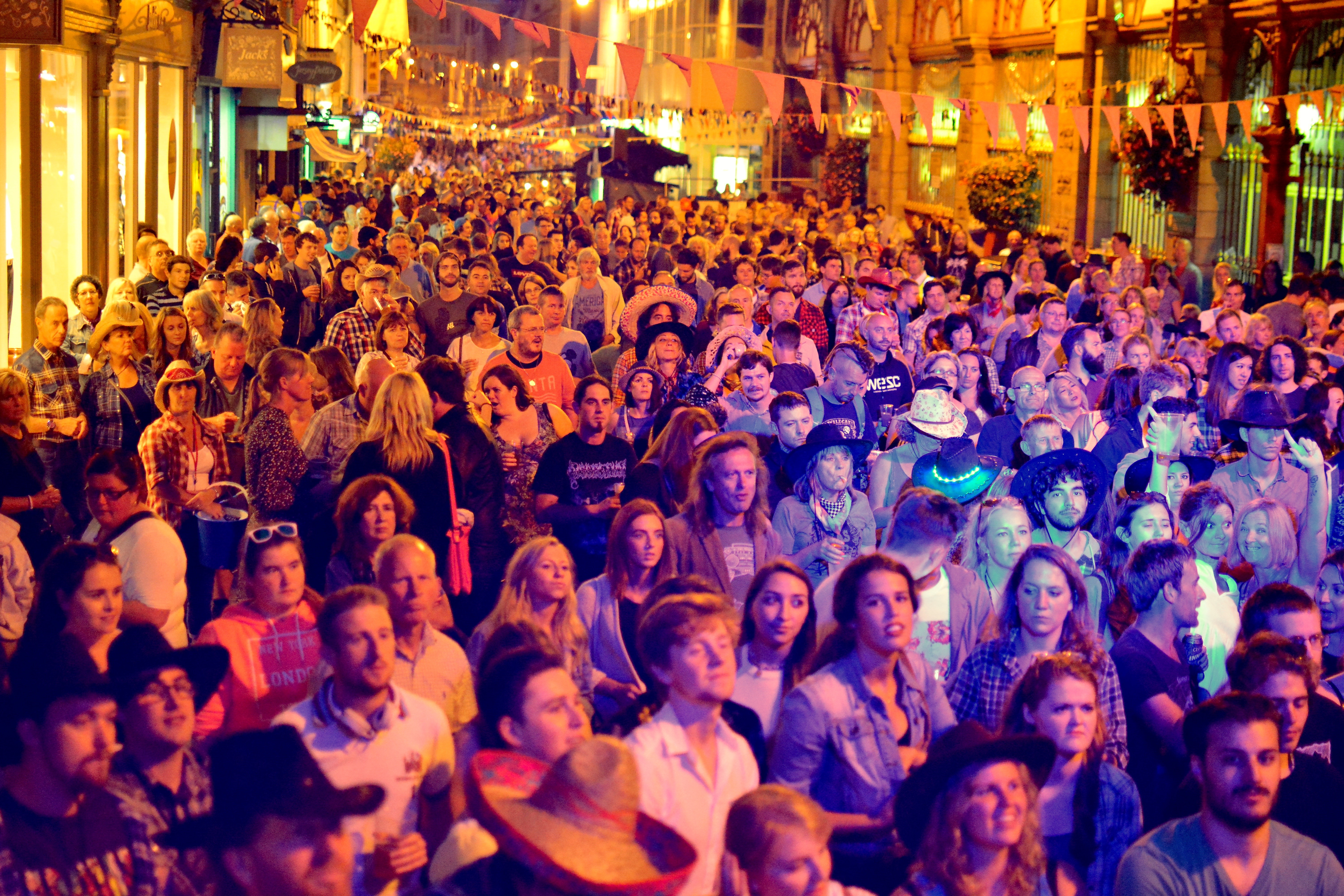 Pictured: The Hoedown returns to Halkett Place on 25 August.

I am excited to be opening the acoustic stage as The Pink Cowgirl, and compering the youngsters who are so talented. The event is a fantastic not-for-profit music festival and street party run by volunteers who raise funds for great local charities.

If you’d like to get involved with the event - either by donating, becoming a sponsor or by volunteering - I urge you to drop the organisers a line at info@halketthoedown.com.

2. Originals at the Trafalgar

I have performed at all of these nights. There’s a fantastic atmosphere with a host of local talents performing their own songs. 'Originals at the Traff' is quite probably one of the most eclectic live music events on the island. With unique talents performing songs across all genres, ranging from indie to rock to country to folk and some that simply couldn’t be put into one category! 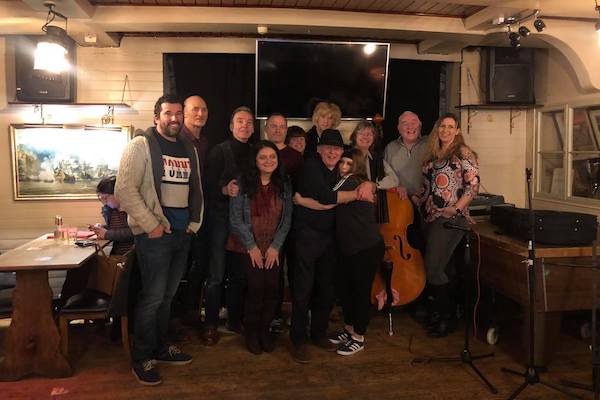 Pictured: Dina (fourth from left) with some of the other 'Originals' at the Traff.

It’s a brilliant showcase of local talent. This event continues to get better and is always a great evening of entertainment. If you write and perform your own music and would be interested in playing at an Originals event, then get in touch with organiser Colin Lever.

The skies above Jersey have enjoyed an annual air display for over 62 years, delighting and attracting many tens of thousands of local residents and visitors to enjoy one of the most eagerly anticipated events in Jersey’s summer programme of activities.

It's arguably one of the finest free air shows in Europe. 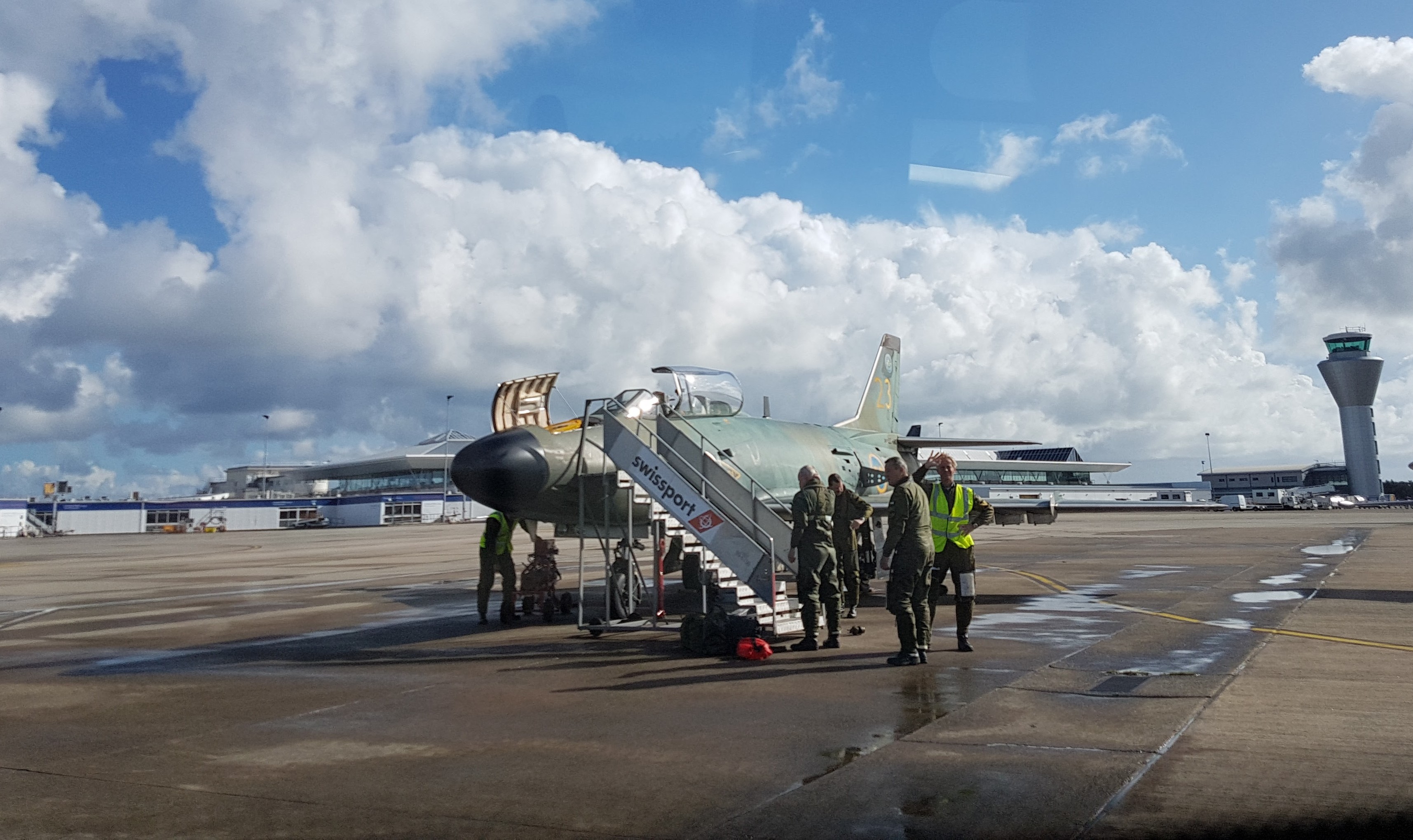 Pictured: Alongside the air display itself the event also boasts two major static displays of aircraft, including one at Jersey Airport.

First staged in 1952, the ‘Battle of Britain Air Display’ has taken place every year, with the exception of 1954. Alongside the air display itself the event also boasts two major static displays of aircraft, one at Jersey Airport and the other in Lower West Park, St. Helier, adjacent to the ‘main arena’ along Victoria Avenue.

I love this event and have watched it each year since I was a small child. The louder and faster the planes, the more I love them! We are very lucky to have an event of this calibre here and I’d encourage anyone who is able to attend on 12 September.

Billed as the biggest country music festival in the North, this is a really exciting show of British country talent.

Video: The British Country Music Festival will take place between 13 and 15 September.

I’m sure it’ll be a real treat to see some of these brilliant acts on a stage as stunning as the Empress Ballroom! If you’re looking for a great show of Country Music without having to travel all the way to the States, then I think the British Country Music Festival is a good bet!

This feature was kindly compiled by ArtHouse Jersey, which supports local creatives. Read more about them on their website.