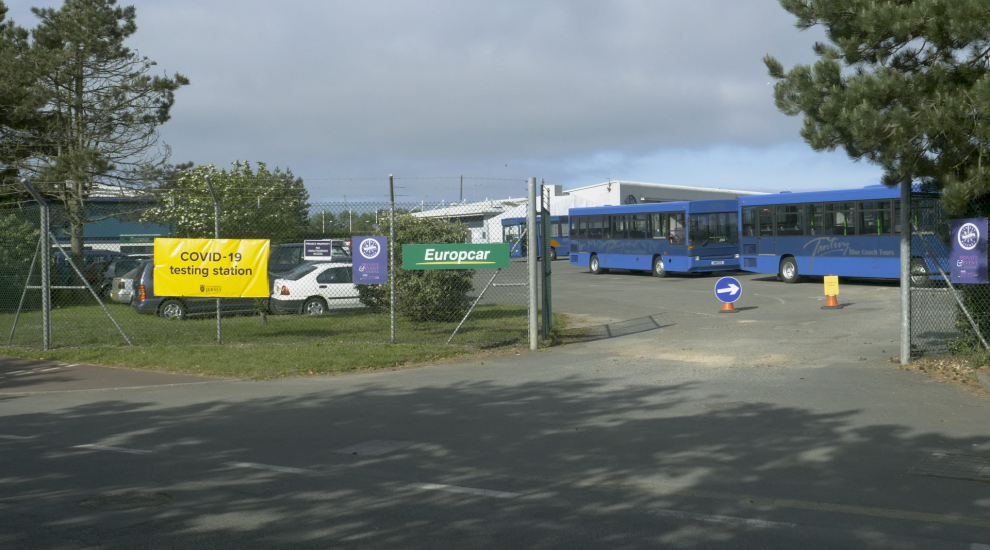 The airport drive-through testing centre will be closing to appointments at the end of the week, with futures tests being offered at the Harbour instead, due to reduced demand.

Staff from the airport drive-through testing centre will be moved to the Harbour and arrivals centres.

The move comes as the demand for tests has reduced in recent weeks, following a surge in mid-July which led to changes in the testing policy.

It was decided that the testing of direct contacts and inbound travellers who are not fully vaccinated would be scaled back to free up testing resources to focus on islanders with covid symptoms.

Since then, direct contacts of people that have tested positive for the virus only have to have one test as soon as possible after they have been identified. They do not have to isolate, but have been asked to “remain cautious” in the activities they carry out over the following 10 days.

This was not only to cope with soaring demand for tests but also in recognition of the fact that, at the time, the test positivity rate remained highest among individuals showing symptoms – roughly 40%.

In contrast, fewer than 1% of passengers arriving in Jersey were returning positive results, hence why the Government also relaxed the testing regime at the border.

A Government spokesperson said that all drive-through and ‘walk-to’ test appointments, including direct contact PCR tests, pre-admission screening and PCR testing for symptomatic individuals who are able to travel by private car, will soon be offered from the Harbour testing site.

“We continually review our testing programme, to ensure it is fit for purpose,” they said. “Due to recent policy changes, demand for testing at our drive-through has reduced. These policy changes include, for example, the roll out of Lateral Flow Tests to businesses, and for Direct Contacts in households, emergency services, critical infrastructure and care sector.”

The Airport arrivals centre, however, will operate as normal.

The number of cases has been sharply declining since peaking at 3,170 on 26 July. They fell below 1,000 for the first time in weeks on Thursday 5 August and now stand at 499.

Why covid figures might be starting to come down