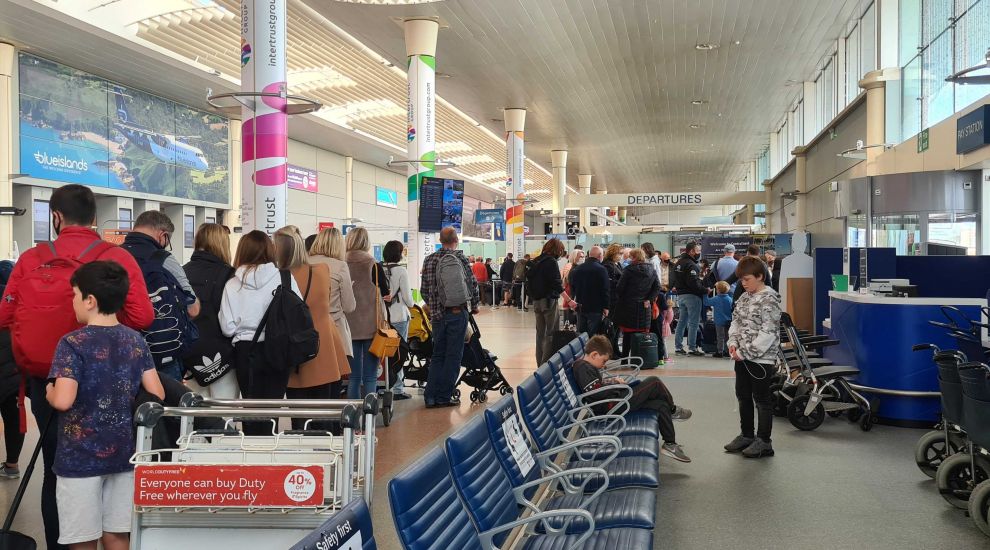 Airport bosses have reassured that a “programme of investment” into new security lanes and technology is on it sway in the next 18 months, after thousands of passengers caught up in lengthy queues over the weekend.

The start of half-term weekend saw nearly 5,000 passengers departing on Saturday and Sunday – some of which found themselves waiting in queues for more than an hour before security, risking missing their flights.

Addressing the frustrations, Airport Director Robin MacRae said in a statement that “all available staff” were called in, but acknowledged that, despite this, service was still “not as we want to deliver”.

He said that passenger numbers had grown past “our highest projections” more quickly than expected post-pandemic, adding: “As our extended summer season comes to a close, we are now 70% of the way back to the same time in 2019, way ahead of the UK who are at 45%. Saturday saw passenger numbers at 90% of the Saturday beginning October half term in 2019, and Sunday exceeded the same day in 2019.”

While Mr MacRae said it was “good news for Jersey”, he noted that it “brings significant challenges for Ports of Jersey in re-establishing previous operational levels at speed.”

However, he pledged that improvements were on their way over the course of the next year-and-a-half.

“…We have a planned programme of investment in our airport security infrastructure, as technology in this area advances, and will be looking to introduce new security lanes for exceptionally busy periods,” he said.

In the meantime, he thanked staff for working “tirelessly” and travellers for their patience, going on to advise: “Islanders and visitors can help by arriving at the Airport in plenty of time, as a speedy transit through security is not always guaranteed. We also ask all passengers to have their boarding cards ready, where possible.

“For returning passengers, please ensure to complete the mandatory pre-arrival travel form, found on gov.je, as not doing so will significantly delay the time that it takes you and other passengers to clear testing and exit departures. Thank you.”

Jersey's airport is one of a number of areas across the island struggling with staffing. Click HERE to read Express's special report on the island's emerging recruitment crisis.

Pictured top: Queues at the Airport on Saturday.

Posted by SimonBevens28 on Oct 26th, 2021
They have been trumpeting for ages about the airport being nearly as busy as pre-covid time, but obviously the half term break was never going to be busy. But here we are again, caught out by the obvious.
Good to hear that things will be improved in 'the next year and a half', looking forward to that.
Posted by IanSmith97 on Oct 26th, 2021
It’s not just going out. Returning I have been caught up in the queuing (or lack of it) whilst waiting for a bag then joining the queue for testing. Not the testers fault but the queue management has been abysmal 3 times out of 6 I have returned.
Posted by Ann Robbie on Oct 26th, 2021
A few weeks ago I went to the airport to collect someone from Heathrow. Their flight took just 30 minutes. By contrast it took 90 minutes for their luggage to come through on the belt. With the covid checks it took a total of 2 hours to clear arrivals. Ridiculous.
To place a comment please login Login »