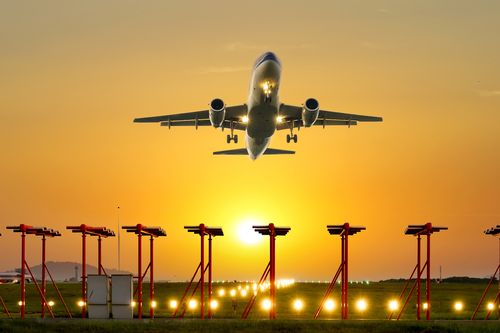 More people have been flying in to Jersey than this time last year but a busier airport is causing longer queues for those heading off the Island.

Up to the end of May 521,707 passengers landed in the Island, 16,000 more than the same period last year – using new routes and taking advantage of more capacity on some of them.

Ports of Jersey CEO Doug Bannister said: “Although it is still early days we are confident that 2014 will be a positive year for the Island in terms of passenger numbers, and if passenger demand continues to grow as it has done, so will capacity.

"Notably Gatwick services with British Airways and EasyJet have seen a rise in passenger numbers, but on other summer only routes such as Dublin, we have seen services increase from three times a week to five.

"We have also welcomed new carriers to Jersey with the reintroduction of a direct Cardiff service and competition is now offered on East Midlands and Manchester, with the recent launch of summer flights by low-cost carrier Jet2.com. We also continue to have strong demand in the German market with competition offered on a number of routes by Lufthansa and Air Berlin.”

Saturday is still the busiest day for flights, especially between 12 noon and 3 pm and Airport staff are advising anyone leaving the Island to allow extra time to get through the queues at security.

Ports of Jersey’s Group Customer Relations Manager Rosemarie Grimster said: “While the increase in air services is a very positive thing for the Island it does mean that, similar to many other airports, more people travelling at the same time of day, will result in queues easily forming at busier times.”

The last Saturday of half term was one of the busiest with more than 1,500 people going through security just after lunch.

As the summer gets busier the Airport are looking at creating extra security lanes in other parts of the airport to try and keep queuing times to a minimum.

Mrs Grimster said “Like many airports around the world at busy times of the day, queues can quickly form, often leading to frustration and anxiety among some passengers. However, by issuing this advice to passengers to allow extra time to pass through security, especially those who are infrequent travellers or who use the airport at other times of the week when it is not quite as busy, we hope to minimise this frustration in the queues.”

This summer planes will be flying in from 48 departure points across the UK and mainland Europe with both scheduled and charter air services arriving.