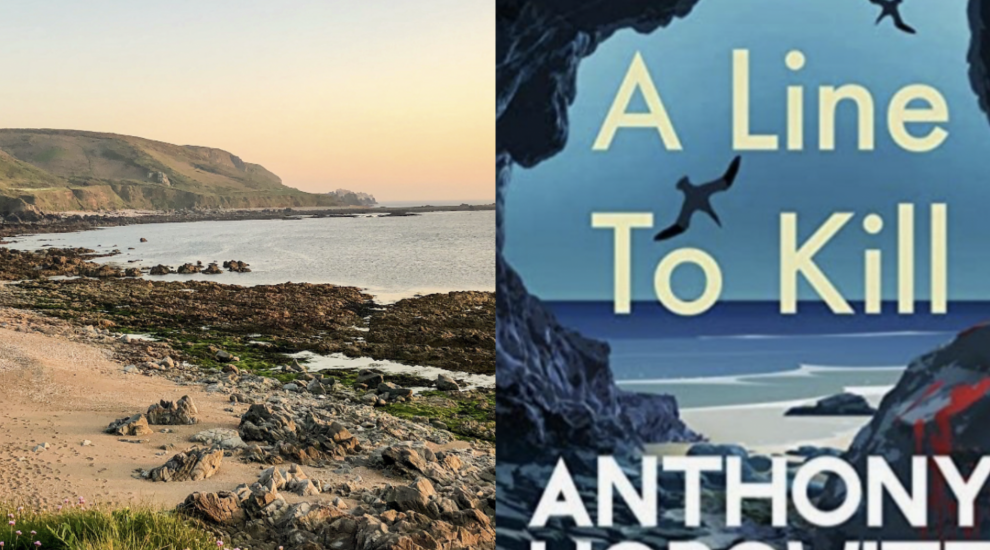 A murder, an island-wide lockdown and the “turmoil” surrounding a planned power line...sound familiar?

Celebrated author Anthony Horowitz, who is best known for his suspense and mystery novels - from Alex Rider to James Bond - has cast his eyes on Alderney for his latest work, ‘A Line to Kill’.

The story is based on a literary festival, that Mr Horowitz – as a fictionalised version of himself – attends.

The book is set to be published in August and Express has arranged to talk with Mr Horowitz closer to the time, to discuss his inspiration.

First sighting of the cover! What do you think? The book is set in Alderney. https://t.co/d4MuZeVCHu

Mr Horowitz is a prolific author who has published more than 40 books during his career.

The young adult Alex Rider series is his most well-known work and has sold more than 19 million copies worldwide.

What to expect from the book...

"There has never been a murder on Alderney.

It's a tiny island, just three miles long and a mile and a half wide. The perfect location for a brand new literary festival. Private Investigator Daniel Hawthorne has been invited to talk about his new book. The actual writer of the book, Anthony Horowitz, travels with him.

Very soon they discover that not all is as it should be. Alderney is in turmoil over a planned power line that will cut through it, desecrating a war cemetery and turning neighbour against neighbour.

The visiting authors - including a blind medium, a French performance poet and a celebrity chef - seem to be harbouring any number of unpleasant secrets.

When the festival's wealthy sponsor is found brutally killed, Alderney goes into lockdown and Hawthorne knows that he doesn't have to look too far for suspects.

There's no escape. The killer is still on the island. And there's about to be a second death..."

(The book can be pre-ordered from Penguin Random House)