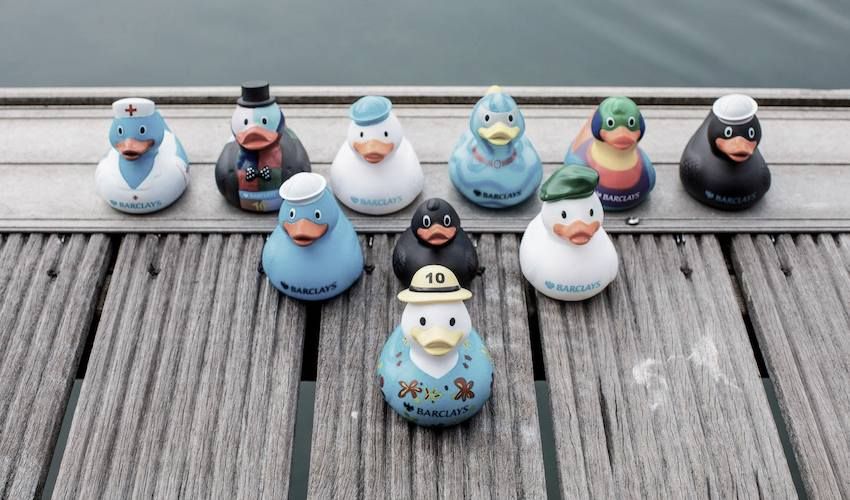 Rubber duck fans better make their way to the Boat Show this weekend: this year's event marks the end of the 'Decade of the Ducks', as the key sponsor makes a move towards reducing its plastic footprint.

After 10 years of sponsoring the Boat Show - and producing rubber ducks decorated by young islanders - Barclays has announced that this year's event, taking place between Saturday 4 and Monday 6 May, will be the last time the ducks are on deck.

Barclays has decided to make this year's duck - designed by Monique Guegan - the last of the series as it seeks to minimise its impact on the environment and plans to reduce the carbon footprint of its global business by 80% by the year 2025.

Pictured: This year’s duck - decorated with summer flowers and a hat - was designed by Monique Guegan from First Tower School.

A number of new eco initiatives will be introduced at the show to reduce single-use plastic.

A number of water hydration stations, provided in partnership with Jersey Water, will feature in order to discourage use of single-use plastic water bottles.

Caterers, meanwhile, will be handing out recycled plastic cups for visitors to use during the show and take home afterwards.

Organisers have also created a new ‘Eco-Zone’ on the New North Quay with a host of environmentally-related charities and associations, including LittleFeet and Plastic Free Jersey.

Jersey Marine Conservation will be displaying a ‘Touch Tank’ area as well as a ‘Garbage Guzzler’, an onsite waste digester capable of turning food waste and compostable packaging into a natural soil amendment in just a few hours.

All 80 quayside exhibitors have also been provided with an eco-event guide outlining environmentally friendly alternatives to single-use plastics.

Jack Le Brun, Ports of Jersey, commented: “We are asking members of the public attending the 2019 Barclays Jersey Boat Show to help us on our journey to adopt greener practices, working towards holding an event that is environmentally conscious and provides enjoyment for all, while ensuring that our coastline and waters remain intact for the future enjoyment of all mariners.” 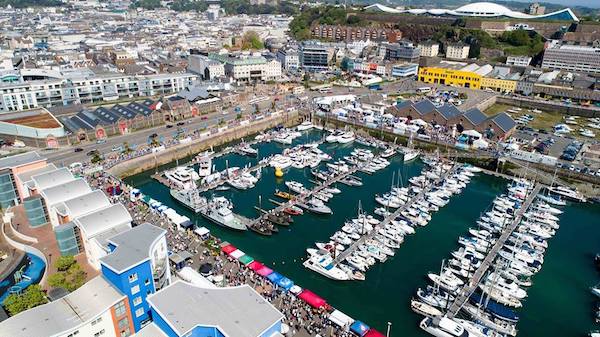 Pictured: 80 exhibitors will be lined up along the quay.

As usual, a number of activities for all ages will be available at the Show. These will include fly board demonstrations at the ‘Outdoor & Active Zone’ on the Albert Pier as well as daily skydive performances by Skydive Jersey in St. Helier Harbour and Rib Trips.

Musical entertainment will also be provided in the zone with a number of performances on the ‘Ports of Jersey introducing’ stage as well as local talent being showcased on the Solent Stevedores Main Stage in Weighbridge Place.

Gipsy Moth IV, in which Sir Francis Chichester sailed around the globe in 1966, will make a welcome return to the island. The 53-foot yacht, will be berthed alongside the Albert Pier and will be open to visitors throughout the weekend. 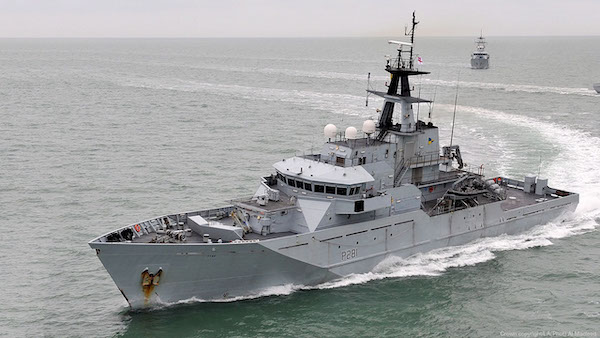 Pictured: The HMS Tyne, a 80m River-Class offshore patrol vessel, will be at the Boat Show.

While the promised HMS TYNE - a 80m River-Class offshore patrol vessel is used by the Royal Navy for fisheries protection and security - will sadly not be making an appearance, the Navy will be bringing two University Training Ships, HMS Smiter and HMS Ranger as well as two Offshore Raiding Crafts equipped with forward facing heavy machine guns.

A Military Village will be established in Weighbridge Place, featuring a Royal Marines Armoured Support Group (RMASG) Viking All-Terrain Vehicle alongside the Commando Recruitment Team, who will showcasing machinery in their arsenal and undertaking weapons demonstrations twice a day.

The Jersey Field Squadron will also be located in the Military Village to present their range of locally-based assets. 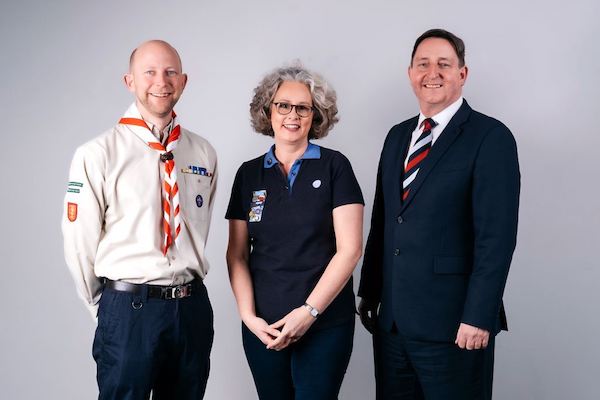 Each will receive an equal split of donations raised by the bank’s fund-raising activities at the show, including the popular ‘Hook a Duck’ game, which will take place at the Barclays stand on the New North Quay.

A number of other charities and welfare associations will also be taking part this year, including representatives from some of the Island’s Emergency Services - Jersey Airport Rescue and Fire Fighting, Jersey Coastguard, Jersey Fire and Rescue Services. The RNLI Lifeguards will also be offering practical advice and tips.

Pictured: There will be daily skydive performances over the weekend.

Myra Shacklady, founder of the Jersey Boat Show, said: “Every year the show goes from strength to strength, demonstrated by the high level of interest and participation not only from our many maritime partners but from across many industries, including retail, hospitality, catering and finance.

"Whether you’re an experienced mariner or not the show promises something for everyone, whatever the weather. As always, it’s a great chance to blow away the winter blues and welcome in the summer.”

Paul Savery, Managing Director for Barclays in Jersey, added: “We are proud to have supported the Barclays Jersey Boat Show for the past decade and are looking forward to celebrating our tenth anniversary in 2019. This event not only promotes the Island’s marine leisure industry, but it provides a boost to the local businesses represented and, of course, is great for the community.”