Amateur club brings back live theatre to the Arts Centre 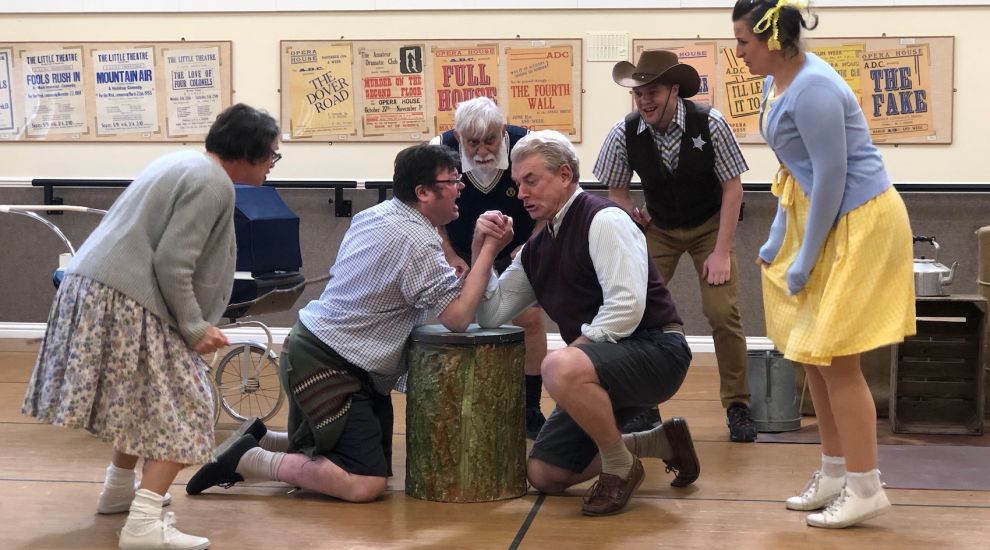 Amateur club brings back live theatre to the Arts Centre

A local amateur drama club will be getting on stage tonight to present Dennis Potter’s 'Blue Remembered Hills' in what will be the first live performance in five months at Jersey Arts Centre.

The Jersey Amateur Dramatic Club will be playing every night at 19:30 until Saturday 8 May.

Based around a group of seven-year-olds in 1943 Britain on a hot summer’s day, the play captures the traumas of childhood beneath an apparently innocent surface. 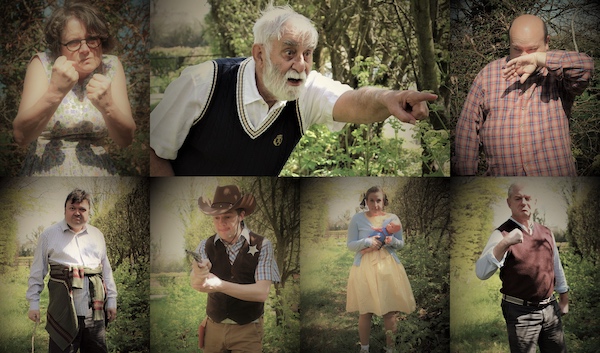 “Dennis Potter’s ground-breaking play, written in 1979, still has the power to shock with its exploration of cruelty and lost innocence, yet it is also funny, charming and nostalgic,” Director Samantha Fitzpatrick said.

“The action centres around a group of seven-year-olds in wartime Britain. They 'mooch' and play in the late-summer sunshine, but their childlike teasing turns to bullying and fighting, leading to a shocking climax.

Potter stipulated that the characters be played by adults: he wanted to avoid the ‘Aw!’ factor and focus the audience's attention on the emotions they themselves felt as a child. The cast - aged between k40 and 74 - are getting in touch with their inner seven-year-olds and limbering up for some spitfire-imitation, headstands and squirrel chasing. 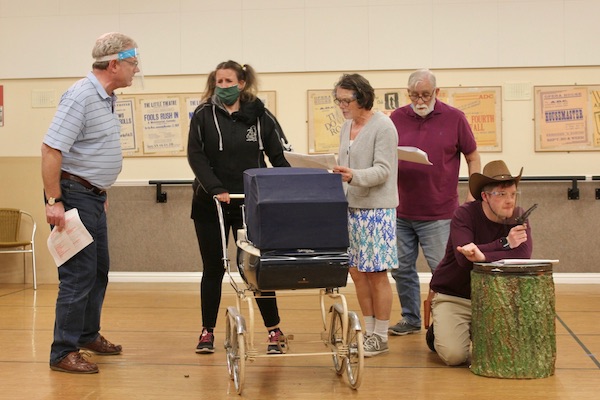 The play marks Samantha’s first time directing for the JADC as well as directing adults. Before moving to Jersey, she had been teaching drama for 12 years and directed many student productions, from musicals to Shakespeare and Arthur Miller.

“I have to admit, the idea of having to tell 'seasoned performers' what to do was quite intimidating but I have a little pact with myself that I must take opportunities when they present themselves - even if it's scary and likely to be a lot of work!” she said.

“I'm not very good at sitting, watching and making notes. I'm very hands-on and I like to demonstrate what I want, which may have been very irritating for the actors - you'd have to ask them!” 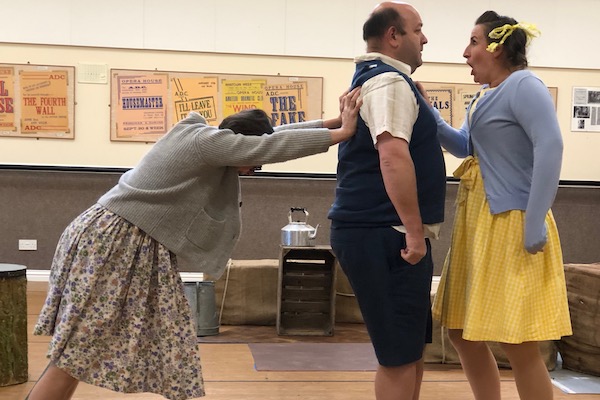 Pictured: “Not only have they brought these characters to life, they have each brought something personal to the roles making each 'seven-year-old' very distinct," Samantha said of the cast.

Thankfully, Samantha says the cast’s “experience and professionalism” has helped make the process feel like “a breeze”.

“Not only have they brought these characters to life, they have each brought something personal to the roles making each 'seven-year-old' very distinct. And of course, unlike students, they are never late for rehearsals and they work hard without being nagged!

“The staging and blocking of scenes has been quite collaborative at times. The cast have such a huge amount of experience between them and it’s wonderful to be able to bounce ideas off each other and try things out, much like a devised theatre company would. They have a great work ethic and there’s fab camaraderie between them so the atmosphere at rehearsals is fun, I sound like I’m gushing but it really is a great experience for me.” 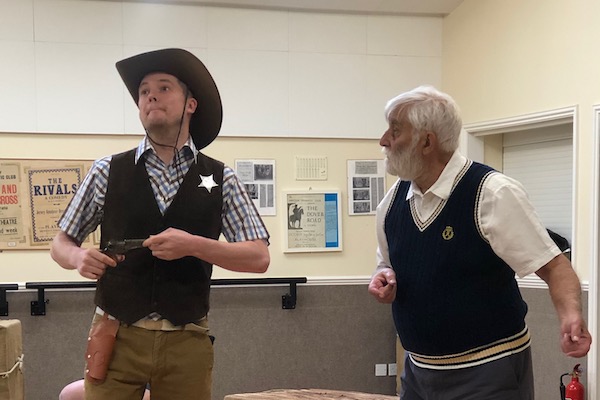 Pictured: All the actors and the production team are itching to get back on stage.

After a year of Zoom reading, club member quizzes and sharing links to live-screenings, Samantha said she enjoyed the social aspect of meeting up with “like-minded people who are enthusiastic about theatre."

“At the end of last year, we were able to begin rehearsing for our Panto – which of course was then postponed, so it has been frustrating – as it has been for everyone - the uncertainty has made it very difficult, that’s why I jumped at the chance to direct a play as soon as the opportunity arose,” Samantha said. 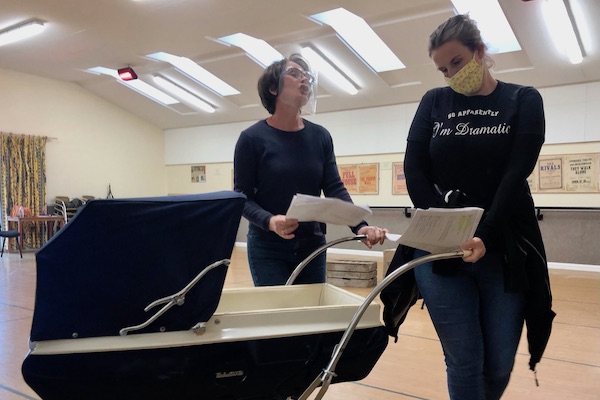 Pictured: “Rehearsing in masks and social distancing has been difficult and uncomfortable at times," Samantha said.

“Rehearsing in masks and social distancing has been difficult and uncomfortable at times, as is having restrictions on how much of the stage we can use and so on. So, it’s a testament to how determined our actors are that they are willing to push through the inconveniences and challenges – we all agree that we’d rather do it this way than not do it at all.

“We are also all keenly aware that the opportunity to perform again, and to give our audiences a chance to experience live-theatre is not something to be passed up. This year, the changing situation and months of uncertainty, lockdowns and restrictions means that we all appreciate what we do all the more.

“If you’re reading this, come along and watch our fantastic production and see for yourself the passion and enthusiasm of our club members. Come and play your part in supporting the arts!”