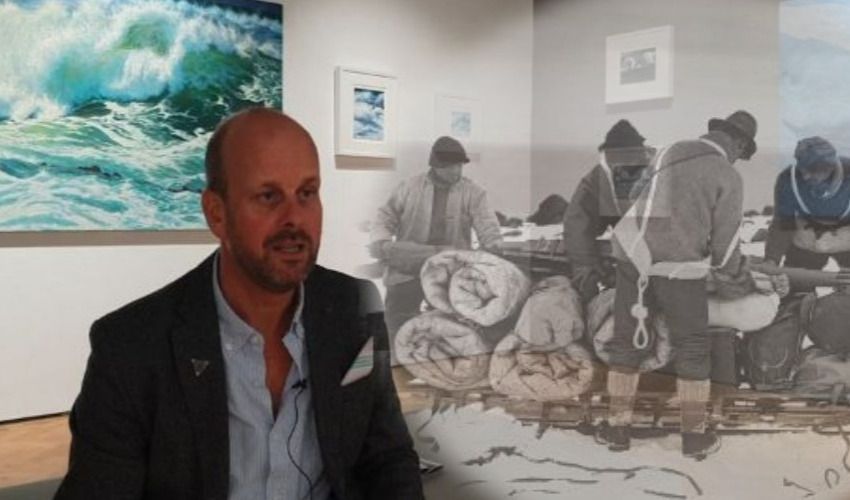 Century-old photographs of an Antarctic adventure that went fatally wrong, and icy scenes painted by a Jersey artist inspired by his time on a Royal Navy ship have collided in a new exhibition.

Despite living in different centuries, Antarctic adventurers Herbert Ponting and Nicholas Romeril share an interest and fascination for the Antarctic and its frozen landscapes, which is the key theme of ‘Ice Breakers’ at Private and Public Space.

Ponting took some of the first known colour still photographs of the ill-fated Terra Nova Expedition led by Robert Falcon Scott. Scott wanted to be the first to reach the geographic South Pole, but his party was beaten to it 34 days earlier by a Norwegian team. Tragically, Scott's entire party died on the way home, and Ponting's photographs became a memorial to Scott and his team.

Captured in the winter of 1911, the images show different stages of the team’s journey. A series of them pay tribute to the dogs and horses who accompanied the team across the Antarctic, as well as the fauna they encountered on the way, including an endearing image of a penguin chick. Other images portray the magnificent glaciers, the frozen seas and miles and miles of snow. 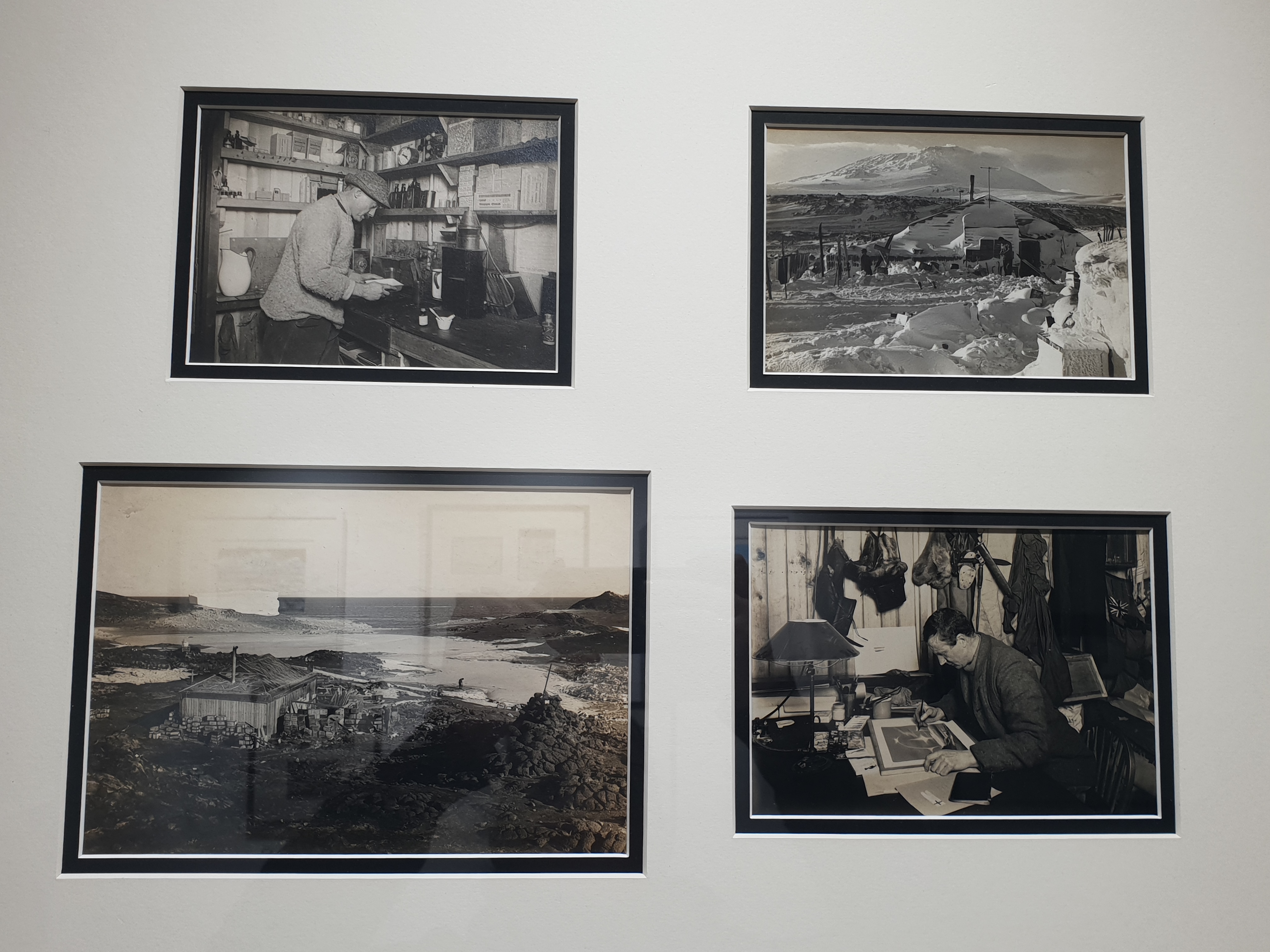 Next to the black and white photographs, Nick Romeril’s paintings are nestled. More than a century after Ponting, Romeril went to the Antarctic as an artist in residence for the Friends of the Scott Polar Research Institute, which is part of the University of Cambridge. Romeril went with the Royal Navy in January and created 200 paintings and drawings of the Antarctic aboard the HMS Protector.

Since his return to Jersey, Romeril has been hard at work on large-scale paintings of the frozen landscapes he encountered. In total, he created nearly 50 paintings showing the incredible diversity of the glaciers.

There are lots of blues and whites on the canvas, as well as darker hues and even some warmer tones. 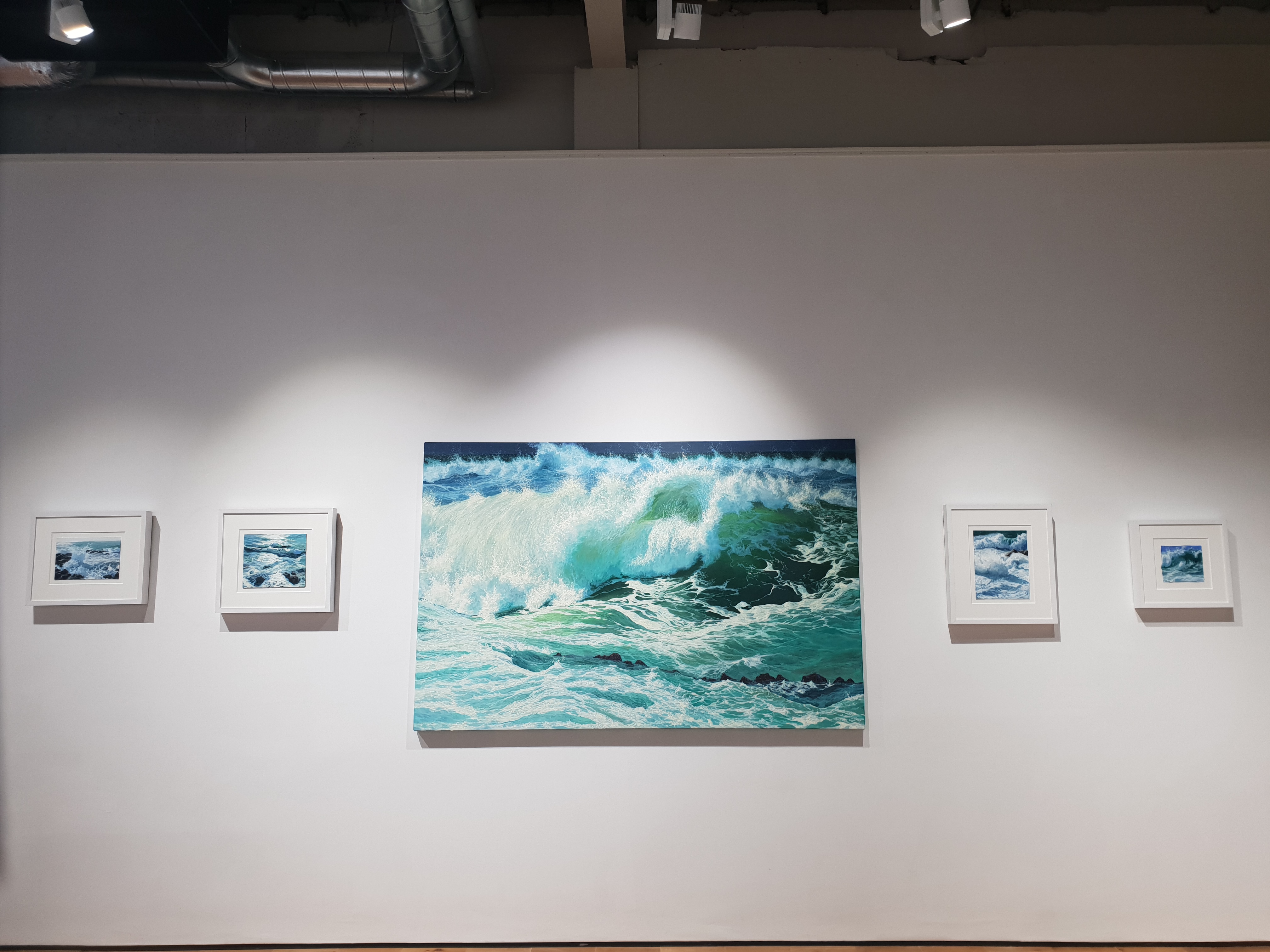 Pictured: Nick Romeril made 200 paintings and drawings while aboard the HMS Protector in Antarctic.

Some of the paintings capture waves frozen in time – a tricky feat, as Romeril explained. The waves are ever changing, rolling in a different way every time, splashing in different directions, and creating one-time wonders that you would miss if you blink. Romeril therefore works from memory, trying to recreate a particular effect that will resonate with the public.

“One of the things I have been trying to do with all my work, even the seascapes which are from Jersey, usually at l’Etacq, is celebrate the beauty of nature,” Romeril said. “I am very interested in this pristine world that I, for example, would love to go and visit, you know, before humans had this impact on it.” 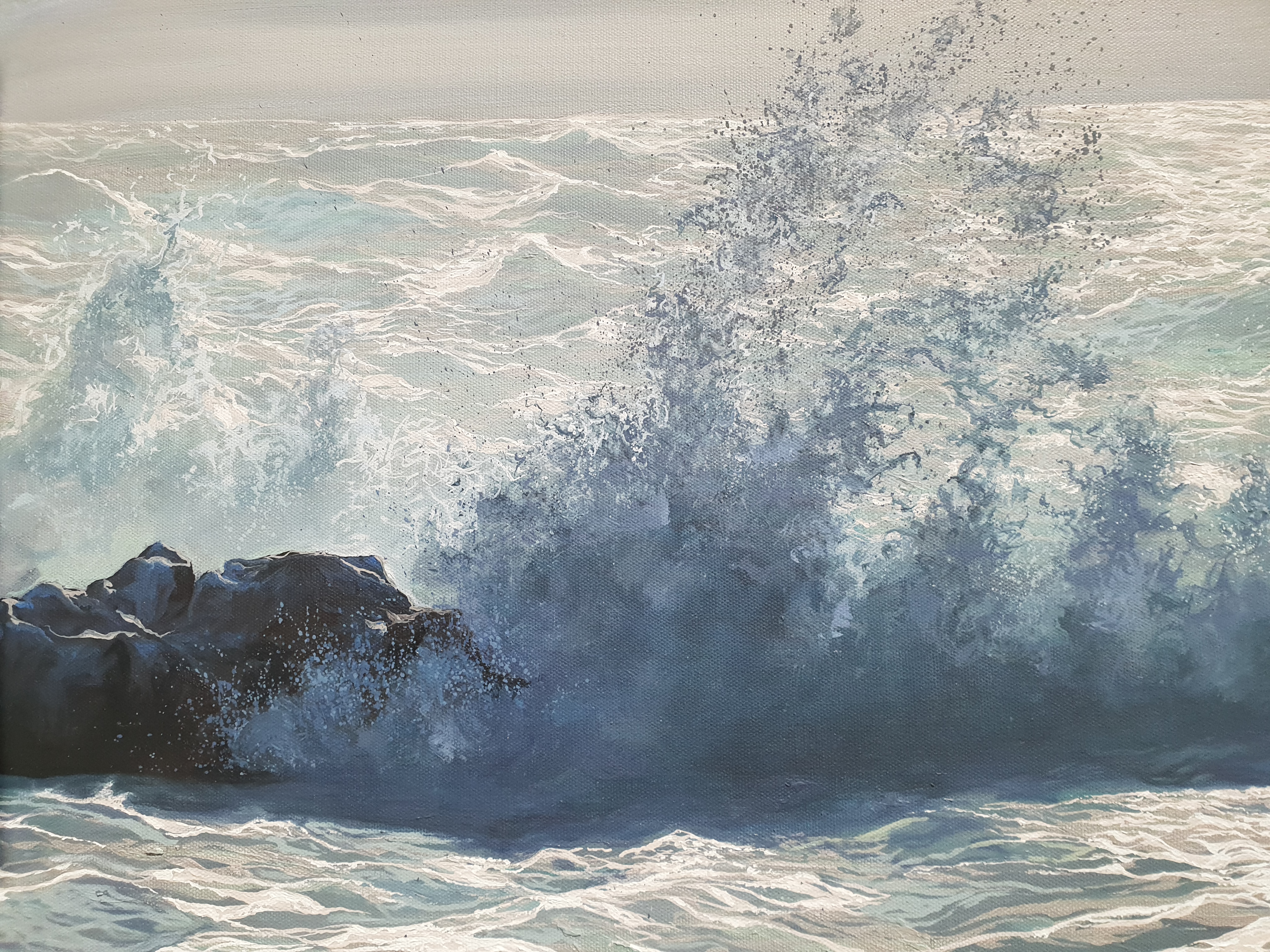 Pictured: Nick Romeril says he tries to suggest “the dramatic beautiful landscapes that surrounds us” in his work.

The artist confesses his work aims to suggest “the dramatic beautiful landscapes that surrounds us” in a way that the public will not enjoy but help them “take heed and think about the environment.”

“Obviously the Antarctic, the polar regions are in tremendous threat. They are shrinking really rapidly so there is a lot of concern around what happens when they actually do melt. You know it’s going to take a long time for the Antarctic because in places it’s three miles thick deep ice, but if we don’t do something about it it’s going to be a problem.”

Watch Express video to learn more about the Ice Breakers