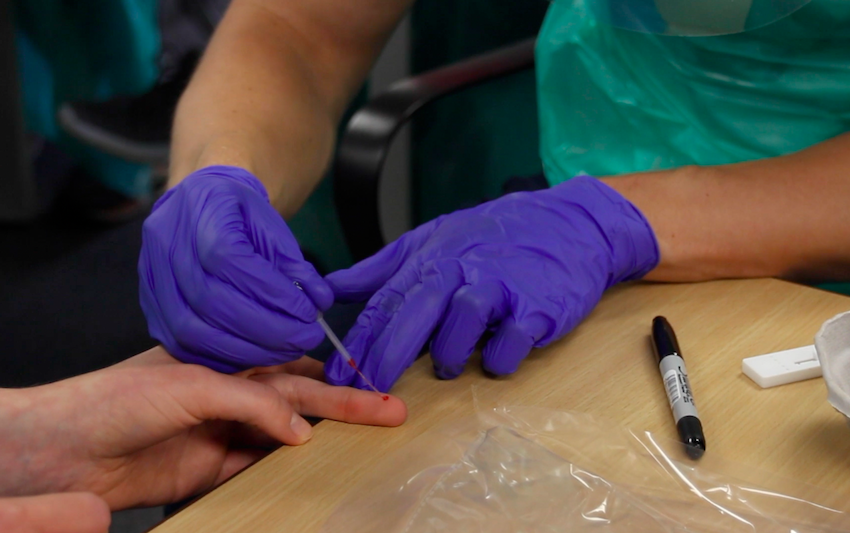 Antibody testing conducted last weekend has suggested as many as 3,300 islanders have been infected with covid-19.

Statistics Jersey released the results of the pinprick blood test regime in a report this morning, which was welcomed by the Health Minister as showing that the island has "been successful so far in containing the outbreak" but warned that large numbers of people are still at risk.

Deputy Richard Renouf said the results will now feed into Jersey's plan for how to "safely lift" lockdown restrictions.

After being contacted via letter, 438 households totalling 855 individuals - below the desired figure of 500 households - chose to take part. They will now undergo testing every four weeks.

The results suggested that around 3.1% of the population (plus or minus 1.3%) has been infected with covid-19.

Video: How the antibody tests work.

This equates to around 2,700 cases across private households in Jersey and 3,300 in the wider population.

These results were in line with the modelling Jersey has been working with so far, and Acting Medical Officer for Health Dr Ivan Muscat's prediction that one positive test result equates to ten actual cases.

Statistics Jersey noted in their report that take-up for the testing was around 65%, and that there was "a significant level of non-response" among people living in non-qualified accommodation.

The tests were also not conducted on islanders under the age of 16 or anyone living in "communal establishments", such as care homes. 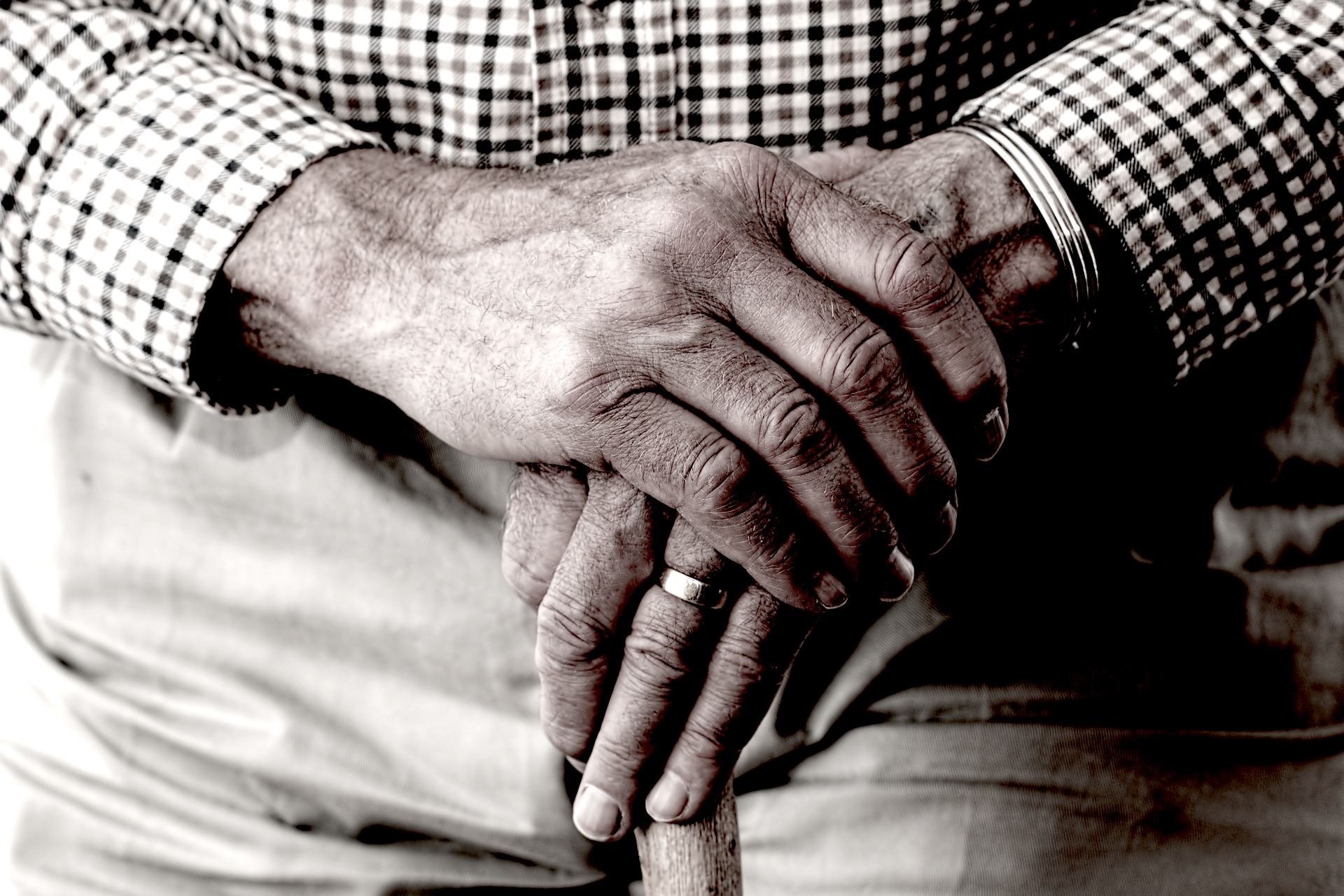 Pictured: People living in care homes were not included in the antibody test regime.

The testing using Healgen kits took place across three separate testing centres and was conducted by health workers, who received training in how to administer the tests.

70 households with individuals unable to attend in person were visited directly by health workers to conduct the tests.

Similarly, the results showed a slightly higher rate among males (3.7%) over females (2.5%), but, again, this was not deemed as being significant. 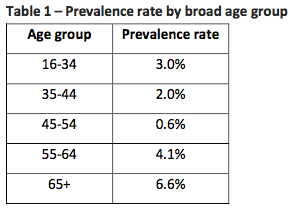 Pictured: The difference in prevalence rates per age group were not described as being "statistically significant".

The results were not able to be broken down by geographical area due to the short timeframe the study was conducted in, the small sample size and issues with the recording of addresses.

The report described the Healgen kits have a "poor sensitivity", meaning that as many as one in three individuals tested may have had a false negative result.

However, it went on to state that this was not problematic, as the study was only aiming to determine how far covid-19 had spread in the community, rather than who was immune to it.

Medical Director Patrick Armstrong emphasised in a press conference yesterday that there is currently no evidence to determine whether those who have had the virus and have antibodies will definitely become immune to it.

He said it could be the case that their immunity is either time-limited or that they do not have immunity at all.

Video: In a press conference, the Medical Director warned that the antibody tests do not necessarily show immunity to the virus.

Given the amount of time it takes for the virus to be detectable, Statistics Jersey's report noted that its results were a reflection of the number of cases in Jersey on 24 April.

Meanwhile, the number of officially confirmed positive cases of covid-19 in Jersey remains at 293.

Although the Health Minister said the results show that the island had been successful in "containing the outbreak", he warned that "a significant proportion of islanders remain at risk of infection".

"Therefore, it is important that we do not rush into easing lockdown fully, but base our decisions on continued, detailed analysis. We are planning further antibody testing in the weeks to come so we can create a fuller picture of how the virus is moving through the island," he said.

“The Government has also committed to increasing the number of Covid-19 tests, which detect whether someone is currently infected with coronavirus, to 500 a day." 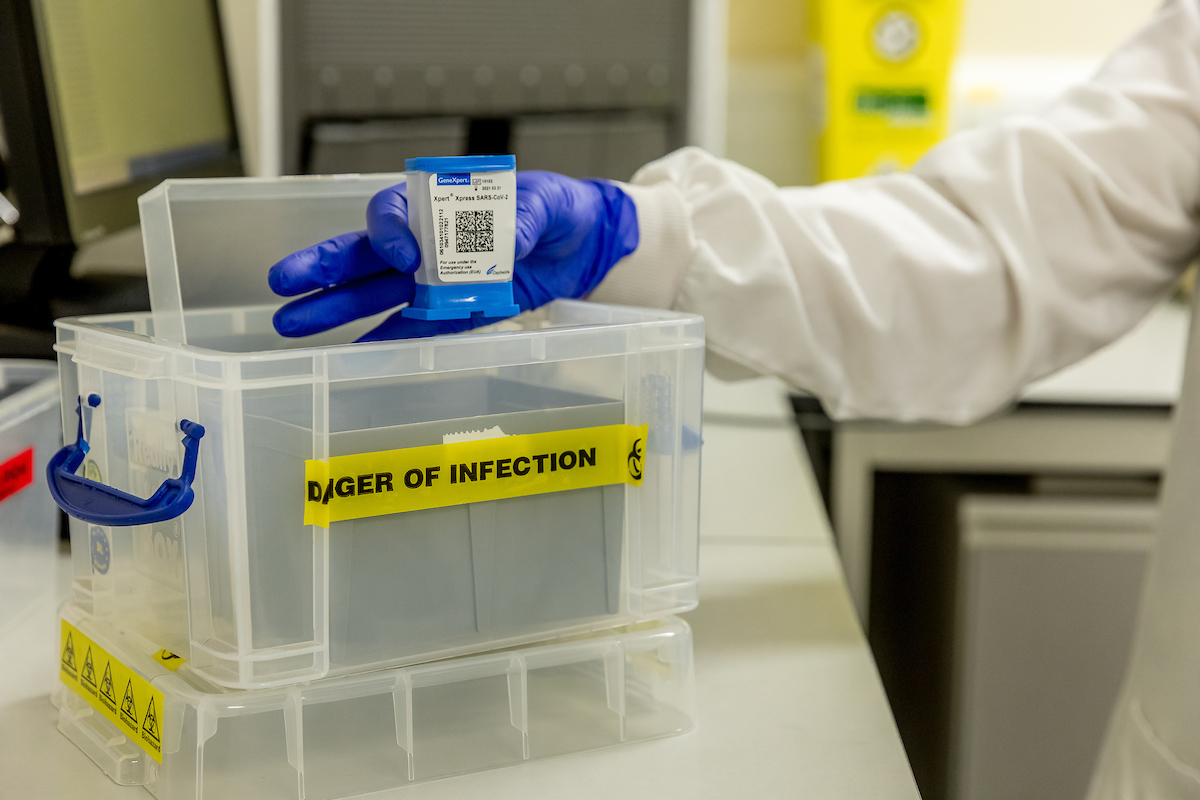 Pictured: The Health Minister reminded islanders of the government's plans to ramp up regular diagnostic testing to 500 a day - or 3,500 a week.

"Both this diagnostic test, and the antibody test, are essential in ensuring that we have the fullest, most up-to-date information. It is this information which will allow us to decide how best to continue responding to the coronavirus pandemic," he said. 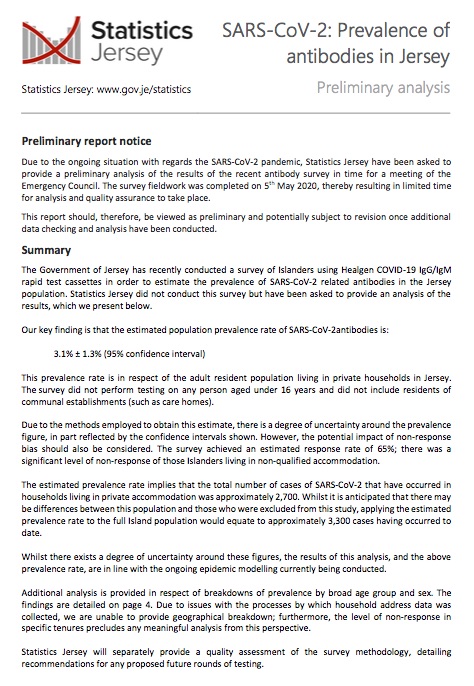 Posted by Jon Jon on May 11th, 2020
Those tests are well under 100% accurate,so those figures are guess work.
To place a comment please login Login »