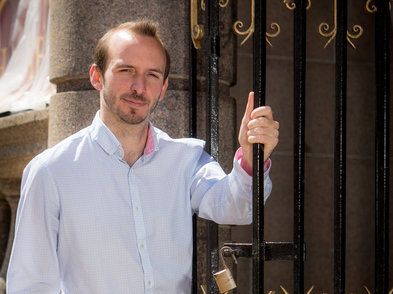 More surveys are planned by the campaign group change.je who say that there is a major job to do informing and motivating people about the elections on 15 October.

The group put out their first survey this week and are planning more in the run-up to the election. They say the first set of results shows that young people are not getting enough information about elections, the system of government, or how the States works at school. As a result, they say, young people are disengaged from the political process.

Founder Christian May said: “Whilst the issues of confidence and political cynicism will be of particular interest to sitting States Members and the media, the primary concern for our group are the findings relating to the low level of political education shown by respondents.

“I would hope that Members of the States Assembly and the Council of Ministers see these findings as an opportunity to take a positive step to re‐engage with members of the public, to take action to ensure that they are receiving clear and accurate information about how the States operates, and that matters of key concern are being addressed.”

Worryingly, of the recipients 61% described themselves as more cynical about Jersey’s politics than they were two years ago and 57% were less confident about the Island’s future than they were in 2012.