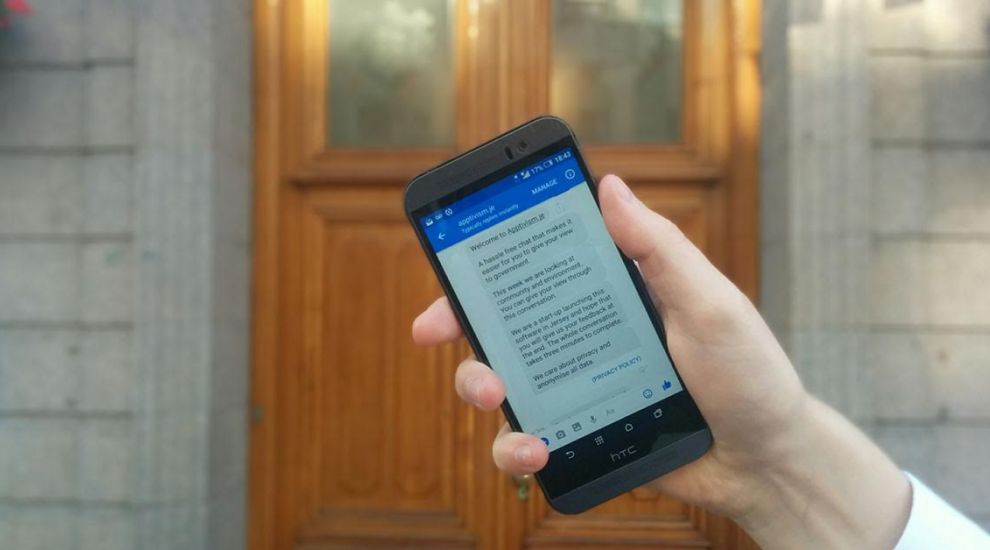 It seems that the States may have found a digital solution to boost civic engagement as their pilot partnership with Apptivism closed today and according to the chatbot's co-founder, the trial went "really well."

Simon Day, Apptivism co-founder, reported a successful end to the chatbot pilot that encouraged islanders to get engaged on Facebook through an online feature that could potentially fix Jersey's infamously low turn-out in elections and the poor attendance at public meetings.

The online chat, delivered through Facebook Messenger,  gave islanders a chance to share their views on life in Jersey with the States without having to visit a polling booth or a parish hall.

The chat bot was founded by a civic engagement start-up in London and co-founders Simon Day and Alex Tupper partnered with Digital Jersey and the States of Jersey to launch their online engagement tool and they have told Express that the pilot went "really well."

Simon Day said: "The States a super happy" and added that it was positive that "around 90% of users that have gone through it [the chat bot] want to use it again".

According to Mr Day: "really interesting results have been coming through", however, a full report of islanders responses will not be finished and handed to the States until the end of the week.

Early results showed that over 60% of responders underestimate the amount of green space on the Island and the majority of those who took part are also unaware that there is an obesity problem on the horizon.

Mr Day said the chat had also given Islanders an opportunity to voice some "really interesting views on how St Helier should be developed or changed or influenced" with ideas ranging from solving congestion to improving buildings and reviving the culture of our Island's town centre.

Speaking about moving forward now that the pilot has ended successfully, Mr Day said: "We'll now talk to the States about how it should go forward, if at all, if they want to use it going forward and what subjects should go on it".

A Government spokesperson reiterated the success of the pilot and said: "We are delighted with the public response to the Apptivism trial, with over 85% of those who tested it wanting to use the app again to share their thoughts on the future of Jersey. It is important to the Government that we can engage Islanders  in our decision making process, and Apptivism offers a new and widely accessible way of doing so.”