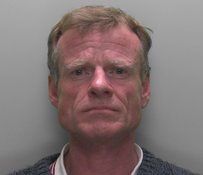 A window fitter was handed a five-year jail term yesterday after admitting trying to smuggle a massive hoard of around half a million pounds worth of cannabis into Jersey - on April Fool's Day.

But the joke was on Simon Tomsett, of Shoreham, Sussex, after he was caught red handed by customs officers after getting off the car ferry on April 1st this year.

The Royal Court yesterday heard Tomsett, 46, had concealed 28.8 kilograms of cannabis in his car, but was halted as he got off the Condor Clipper from Portsmouth that evening. The cannabis was a huge haul and would have been worth between £432,000 and £576,000 in street value.

Tomsett, who was declared bankrupt last year, had debts of around £52,000 when he came to the Island with the cannabis. He was driving a black Toyota Auris Estate when he disembarked off the ferry and was told his car would be searched by customs officers.

Crown Advocate Conrad Yates said: “He told officers he had never been to Jersey before but said a friend named Bill Frost had come to Jersey last year and had made a lot of money selling windows. The defendant said he planned to go cold-calling, visiting various houses asking if people wanted to buy windows.

“The defendant appeared nervous throughout with his top lip quivering, perspiration on his face and a refusal to look at the officer while answering questions.

“The defendant denied carrying anything of a prohibited nature. He was arrested and during a search of the Toyota an officer noticed that the windows of the two rear doors would not wind down fully. Upon examination, 13 packages were removed from the void and an officer then removed the rear offside panel and recovered a further 11 packages from inside that door.

“Together these packages were found to contain cannabis weighing a total of 28.8 kilograms.

“The defendant took legal advice prior to interview and exercised his right to answer no comment to all questions.” The Crown Advocate asked the court to jail Tomsett for five and a half years.

Defending, Advocate Pierre Landick said: ”The defendant declared himself bankrupt last year and was in dire financial straits when he it was offered that he became involved in the importation of drugs to Jersey.

“I would suggest his role as a courier is at the bottom end of the the scale as the supplier is the person who makes the major profits.

“He is not a career criminal and this is his first venture into drug trafficking. He became depressed after the breakdown of his relationship and turned to alcohol and drugs.

“He has tried to keep on the straight and narrow and has done so for most of his life. He is a good, reliable, hard-working man who has worked as a window fitter and is skilled at that.”

Deputy Bailiff Tim Le Cocq, in sentencing Tomsett to five years in jail, said: “The values of drugs  involved here are of a substantial quantity.

"You were acting as a courier for financial reward and were it not for couriers, drugs would not come into Jersey. I mitigation, you have been cooperative and you are of previous good character.”