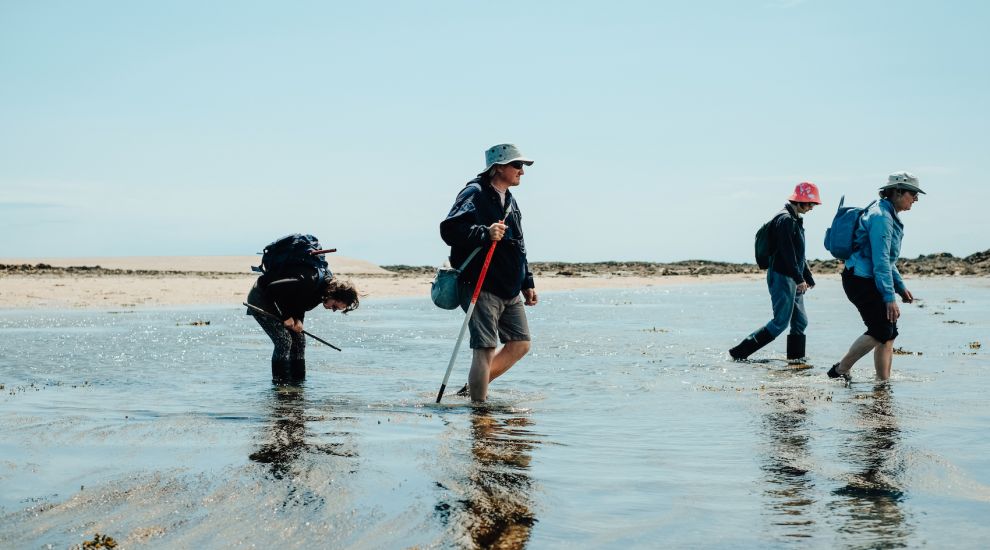 Neanderthal archaeology and ancient creatures like woolly mammoths are “out there waiting to be discovered”, according to a researcher leading an ambitious survey of a former Ice Age landscape off Jersey’s coast.

Archaeologists from UCL’s Institute of Archaeology and Archaeology South East are working on a section of the island's intertidal reef to the south east known as the Violet Bank.

Through their research, the team are hoping to understand how people used the landscape before it was covered by the sea around 6,000 years ago.

They're also hoping the landscape will hold clues about the ancient environment and past climate change. 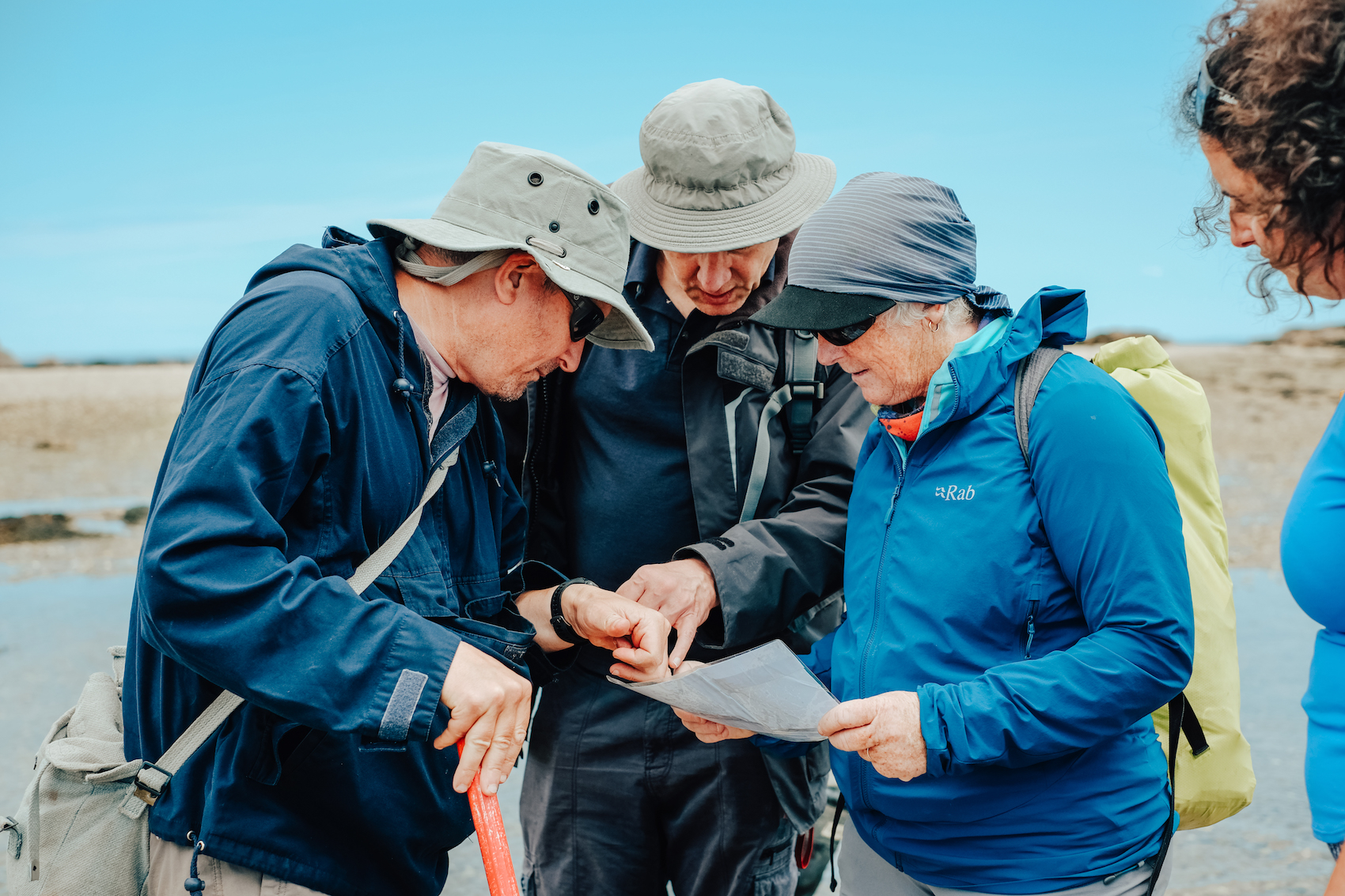 On a low spring tide, the reef of the Violet Bank comprises 10km² of former landscape and represents what used to be the margins of the Ice Age landscapes of the English Channel.

funded by the British Academy and Leverhulme Trust, and supported by Jersey Heritage and the Société Jersiaise, the survey was originally due to take place in 2020 but was delayed due to the pandemic. 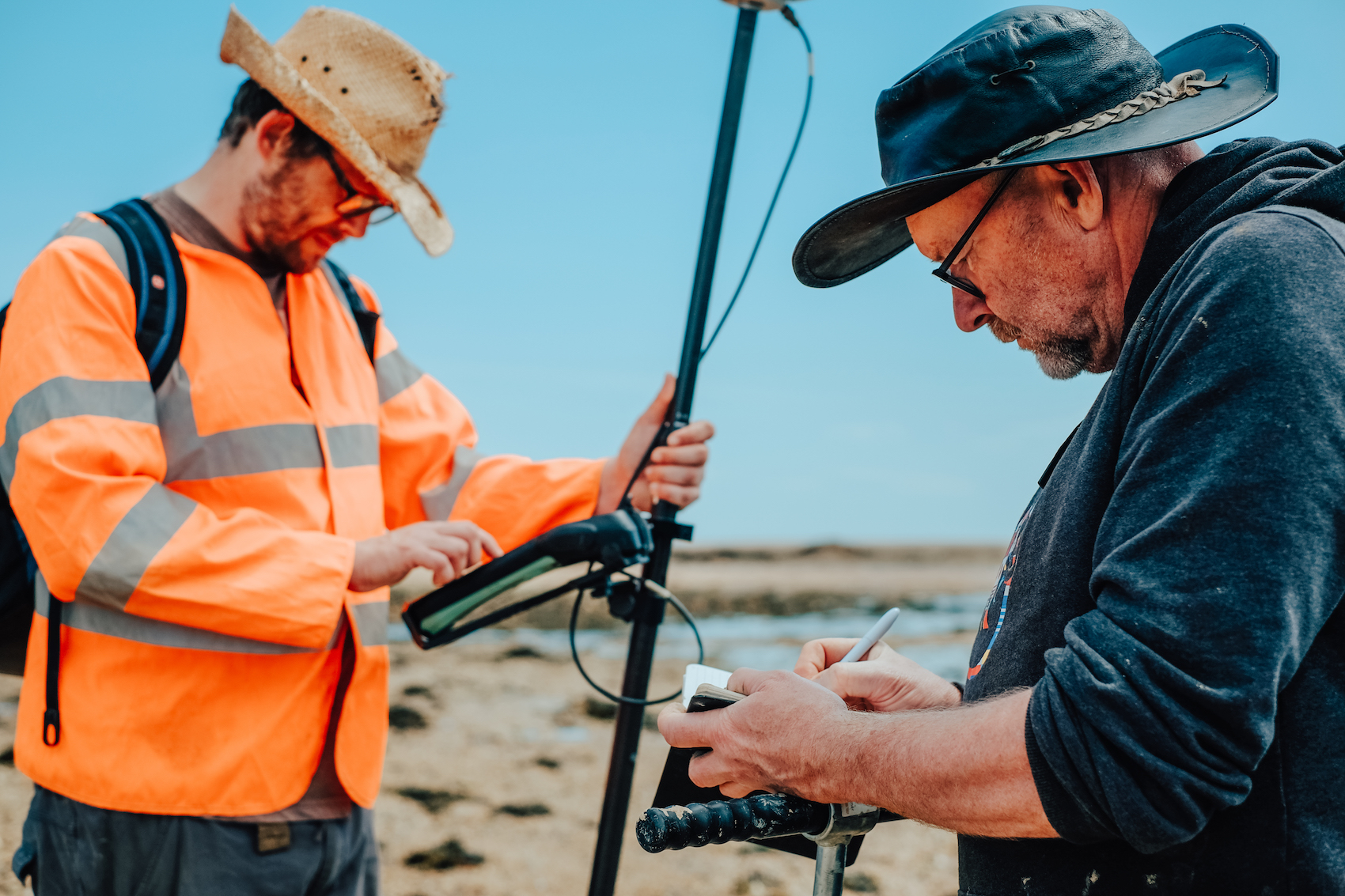 Jersey Heritage is hosting the team at Seymour Tower, which sits about 3km out to sea within the Violet Bank.

This should enable the archaeologists to remain on location and make the most of the limited time when the landscape is revealed daily at low tide.

As the reef can be dangerous, they are being accompanied by a local expert guide.

Project leader Dr Matt Pope, from UCL Institute of Archaeology, is a regular visitor to Jersey for his work with Jersey Heritage at La Cotte de St. Brelade – already known internationally as a part of the island's well-preserved Ice Age landscape. 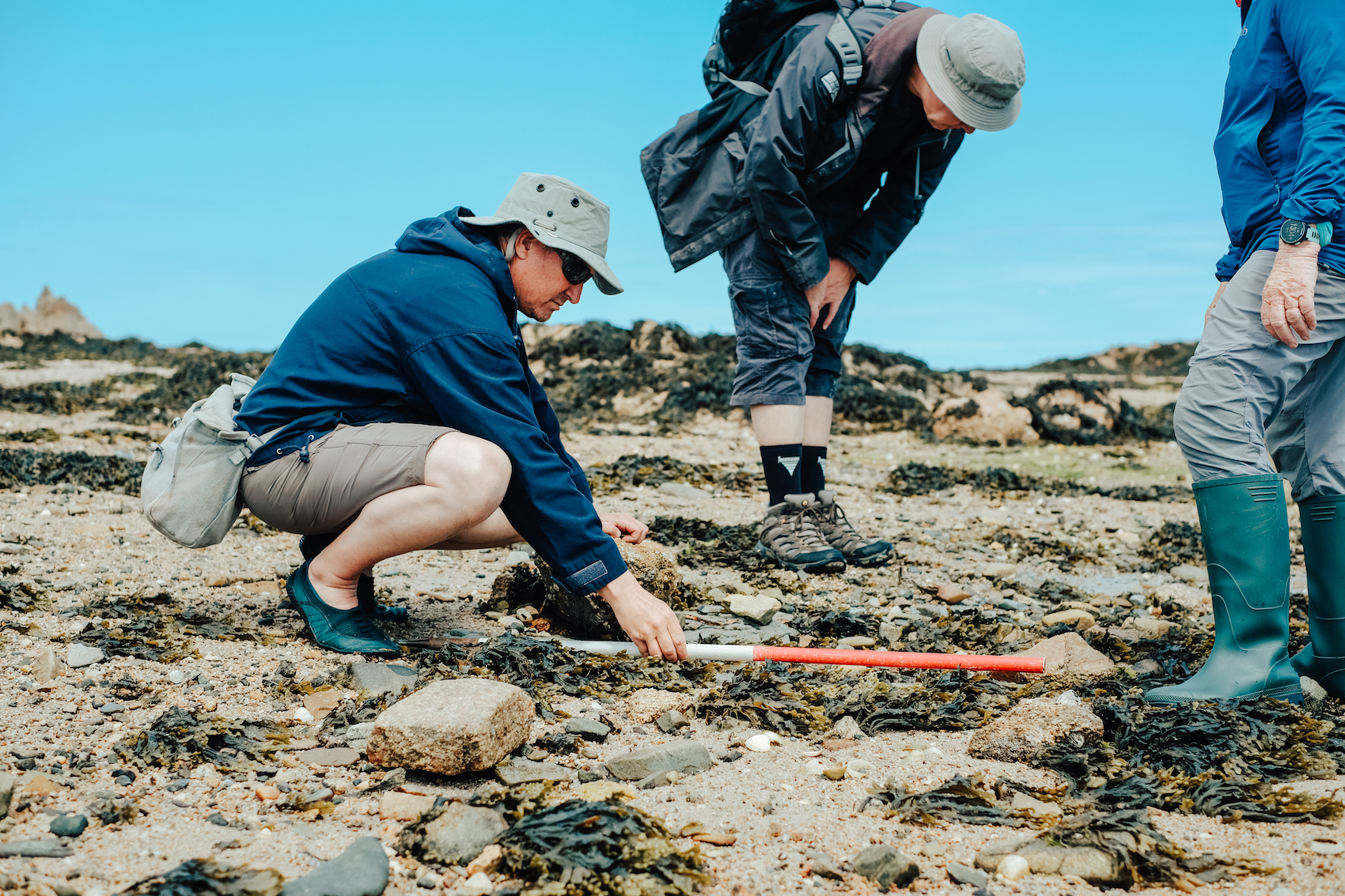 He explained that the survey team had evidence collected by members of the Société Jersiaise that suggested the sediments from ancient Ice Age landscapes lay hidden beneath more recent sands and shingle.

He said: “After a temporary delay to the Violet Bank survey due to the pandemic, we are excited to get to work and find out more about this starkly beautiful and scientifically important landscape. We know there is a record of Neanderthal archaeology and extinct fauna, such as mammoth, out there waiting to be discovered and documented. 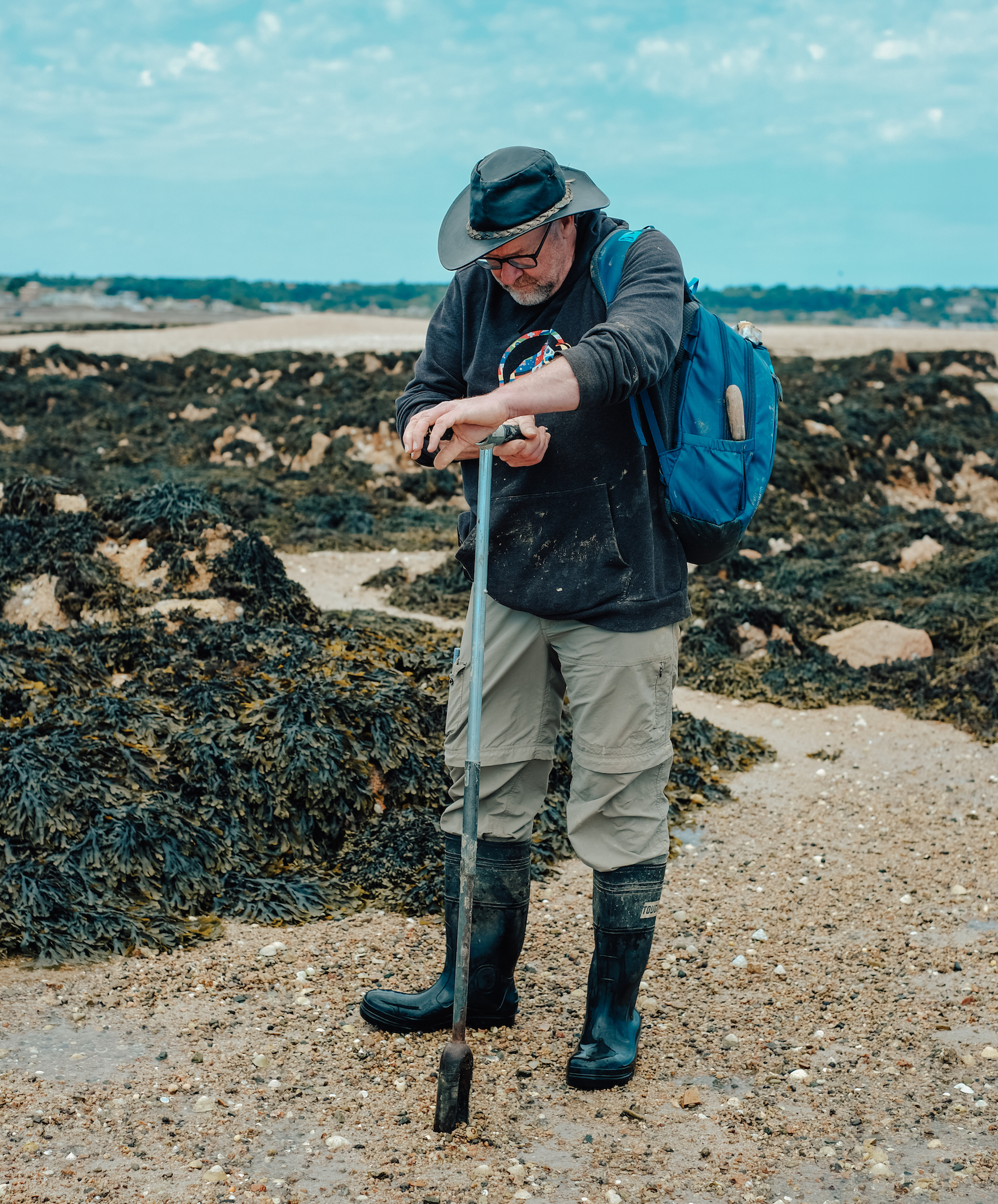 “This week’s survey is about establishing how we can explore the seabed in the short tidal windows available and the first stage in specialist recording to map any Ice Age deposits and understand what potential they hold.

"If we are lucky enough to discover any artefacts on this trip, they will be recorded and handed over to Jersey Heritage to curate.” 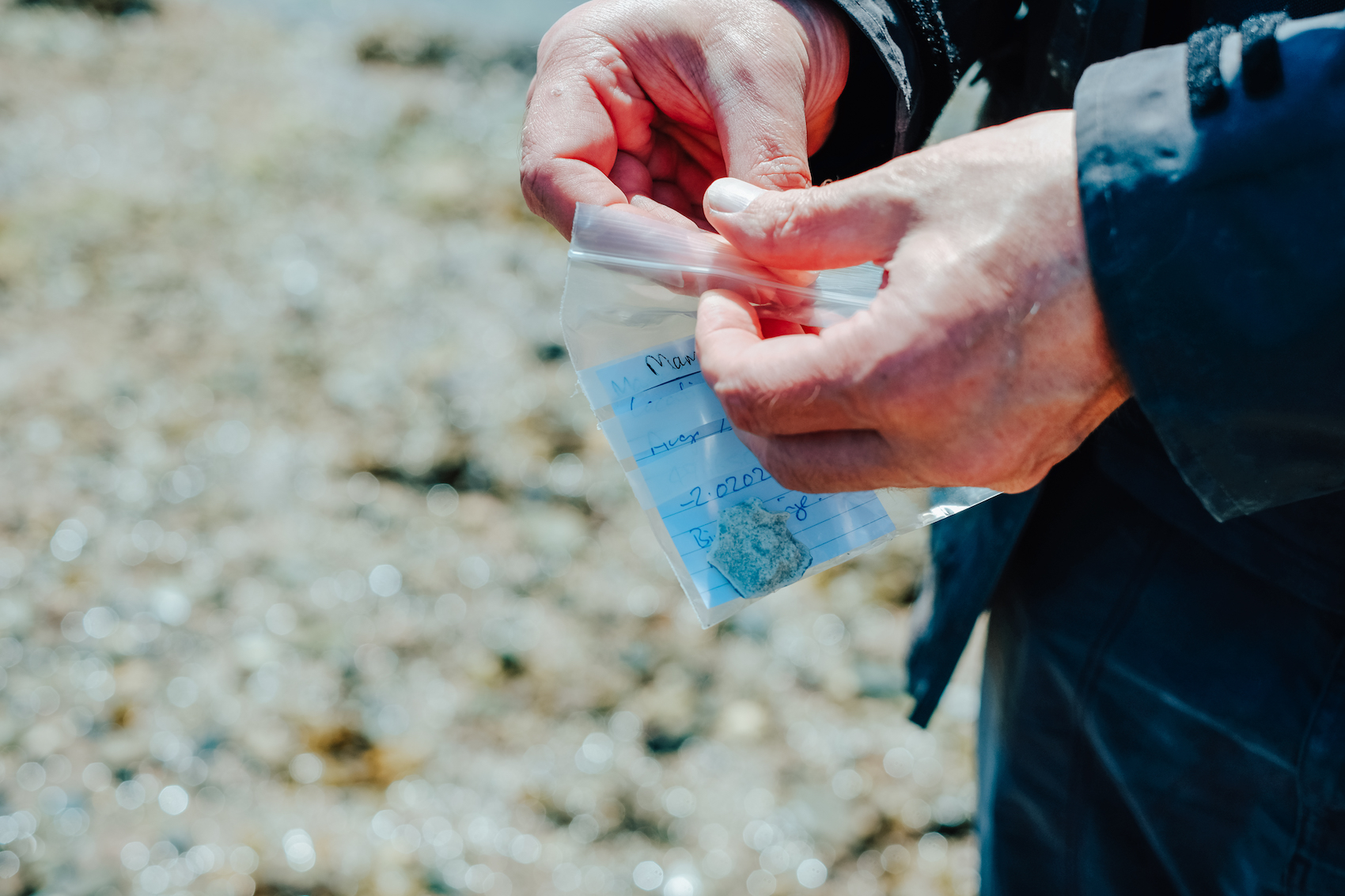 Pictured: A prehistoric artefact from the seabed, recorded and bagged for future study. (Melissa Rodrigues)

“This ambitious survey is the type of work that demonstrates the importance of Jersey’s geoheritage and the huge part it plays in the Island’s story and explaining how it has been shaped by tide and time," she said.

“La Cotte de St. Brelade has already established Jersey on the international map and we can’t wait to see what this new research reveals about the island.”

What is a Geopark? And how does Jersey become one?