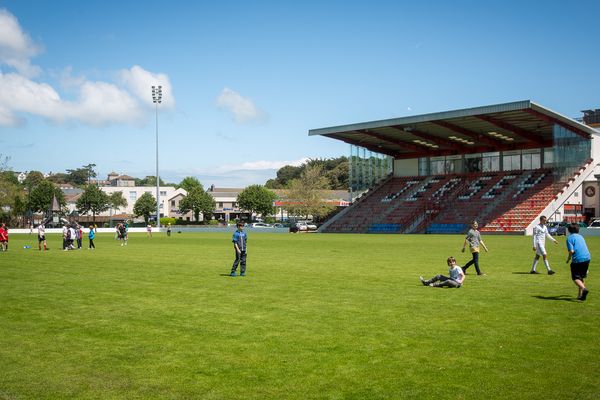 Jersey’s footballers have a battle on their hands in May.

The island side face the British Army in the final of the men’s Southern Counties Cup Competition at Springfield on Liberation Day.

The match was originally due to be played in Aldershot, but the Army – who won this competition last year with a 7-2 victory over the Navy - have agreed to sacrifice home advantage to ensure the game can become a special part of the 74th anniversary of the end of the Occupation.

Kick-off on Thursday 9th May will be at 6.30pm and the Jersey Football Association is hopeful that a big public holiday crowd will turn up at Springfield to cheer on Martin Cassidy’s team.

“This promises to be a brilliant occasion and will align with the other parts of the 2019 Liberation Day celebrations. Our aim is to have Springfield Stadium full with our local supporters.” said Cassidy.

“It also gives us the opportunity to pick up our first silverware at the start of an exciting run of games for my Jersey FA team, over the next few months. With the Muratti final, Jacksons International Trophy and Ynys Mon tournament all to play for.

“We’ve been on an impressive run of form during the past year or so, winning nine of our last ten, drawing one, and only conceding one goal. The players have been great and we need to keep that momentum going into the next couple of months.”

The SCCC final is part of a much increased fixtures programme for the men's senior side, with Cassidy’s men bidding for four trophies over the next few months. A friendly against a professional English Football League side will also be announced soon.

The Army beat Amateur FA on penalties in the semi-finals, while Jersey thrashed the Royal Navy 6-0 to make it through.

Posted by richard norris on Apr 15th, 2019
lets hope the british army don't turn up 5 yrs late as they did when the germans were here
To place a comment please login Login »