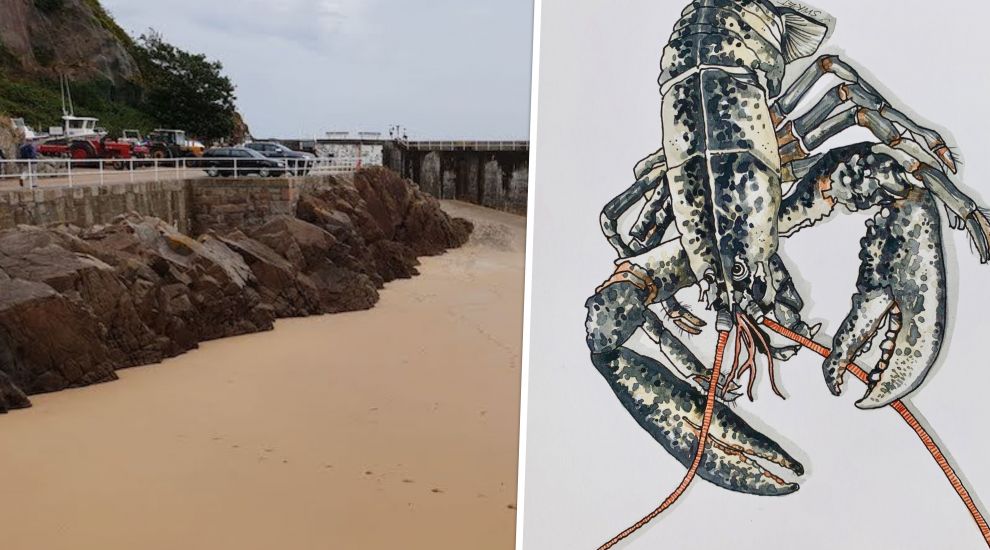 A Jèrriais-speaking artist, who has lived in Grève de Lecq for more than eight decades, has focused his lifelong fascination with nature on his home coast as inspiration for a new exhibition based in the area.

Get to really know Grève

John Syvret’s lifelong fascination for nature and wildlife has inspired countless paintings and drawings over the last 70 years.

“I was living in the country on a farm,” he explained. “I was looking at the swallows coming to nest and my father told me they came back every year to nest. I started looking at books and I have been always fascinated by wildlife since then.”

Now in his 80s, John started drawing when he was about 14. A former pupil of Hautlieu School he couldn’t be kept out of the art room and gained praise for his drawings in both biology and geography.

While the majority of his sketches focus on lobsters, dolphins, rabbits or pheasants - “I do very detailed drawings, I pick at every single feather,” he said - Grève de Lecq, where John has been living for over eight decades, has also been a great source of inspiration.

Having spent most of his childhood days at ‘Grève’, John has a very special affinity with the bay.

He also held a leading role at the Grève de Lecq Boat Owners Association for some 38 years until he retired recently, but he can still be seen there most days. He is also a fluent Jèrriais speaker, like all his family before him.

This weekend, Grève will be the site of John’s second ever exhibition, entitled 'Pen, Pencil and Brush'. He will be showing a broad selection of his work at the Lecq Barracks as part of ArtHouse's pop-up exhibition series.

“This is only the second solo exhibition I have ever put on,” he said. “People see various signs I have designed for retail outlets and often mention that they recognise my work and illustrations - as an artist you develop your own unique style. For instance you can quickly recognise the work of Edmund Blampied, who for me was possibly one of the most talented artists Jersey has ever seen.

“If you find time to visit my exhibition I will be on hand to explain the various techniques I used to produce ‘Pen, Pencil and Brush.'”

Alongside the artwork will be several old photographs and artefacts relating to Grève that John has accumulated over the years.

Removing the barriers to art 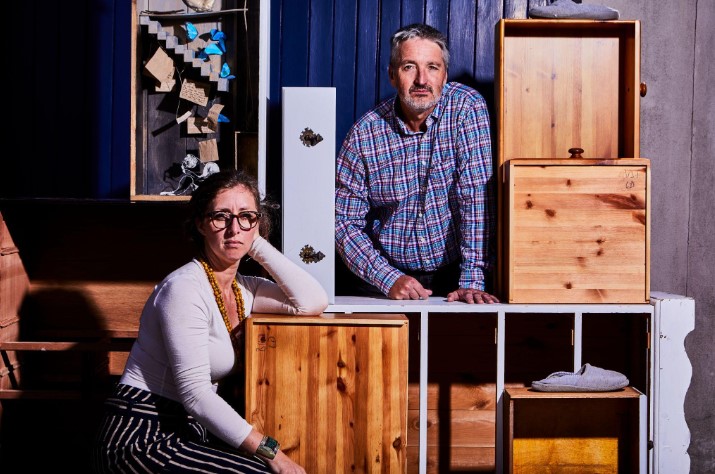 Islanders with disabilities, as well as their support workers and key family members, are being offered a limited number of free performances of a runway wearable art show on Friday 15 October at 18:30 and 19:30.

In addition, a free access performance of The Sound of Colour, a projection light art concert designed by Akhila Krishnan, will take place on Thursday 21 October at 19:00 and 20:00.

The performances have been made possible thanks to the support of the Jersey Community Foundation using funds from the Channel Islands Lottery, as well as from joint sponsors Bedell Cristin and UBS.

To make the most of these performances, islanders should email katherine@arts.je before Monday 11 October 2021.

This Sunday (3 October) and next weekend (9 October and 10 October) between 11:00 -18:00, islanders will have the chance to see the “behind the scenes” of Eliza’s work, have a chat about art or buy some of Eliza’s collages, silk scarves, postcards and prints.

As part of the event, Eliza will be holding her first studio sale - “an Autumnal clean up”, as she described it.

A shot worth melting for

#WorldTourismDay is here so it's time to announce the winning image of the year 2021! We think this image by Nikki Holmes captures the spirit of #JerseyCI perfectly. @JsyDairy ice cream ✔️ Stunning views ✔️ Weather on point ✔️Jersey flag ✔️ Congrats Nikki! Thanks all who entered. pic.twitter.com/x68luWJcOa

A sunny snap of a creamy treat captured by Nikki Holmes was chosen as Visit Jersey’s ‘Image of the Year’ to celebrate World Tourism Day on Monday.

Showing a Jersey Dairy ice cream from ‘Swirl ‘n’ Twirl’ complete with a Jersey flag and with views from the north coast in the background, the image captured on Liberation Day won 45% of votes in a contest that saw more than 500 images were submitted.

Also shortlisted was a picture of a dolphin jumping out of the water at sunset and a visitor “jumping for joy” at Grosnez during their first trip to Jersey. 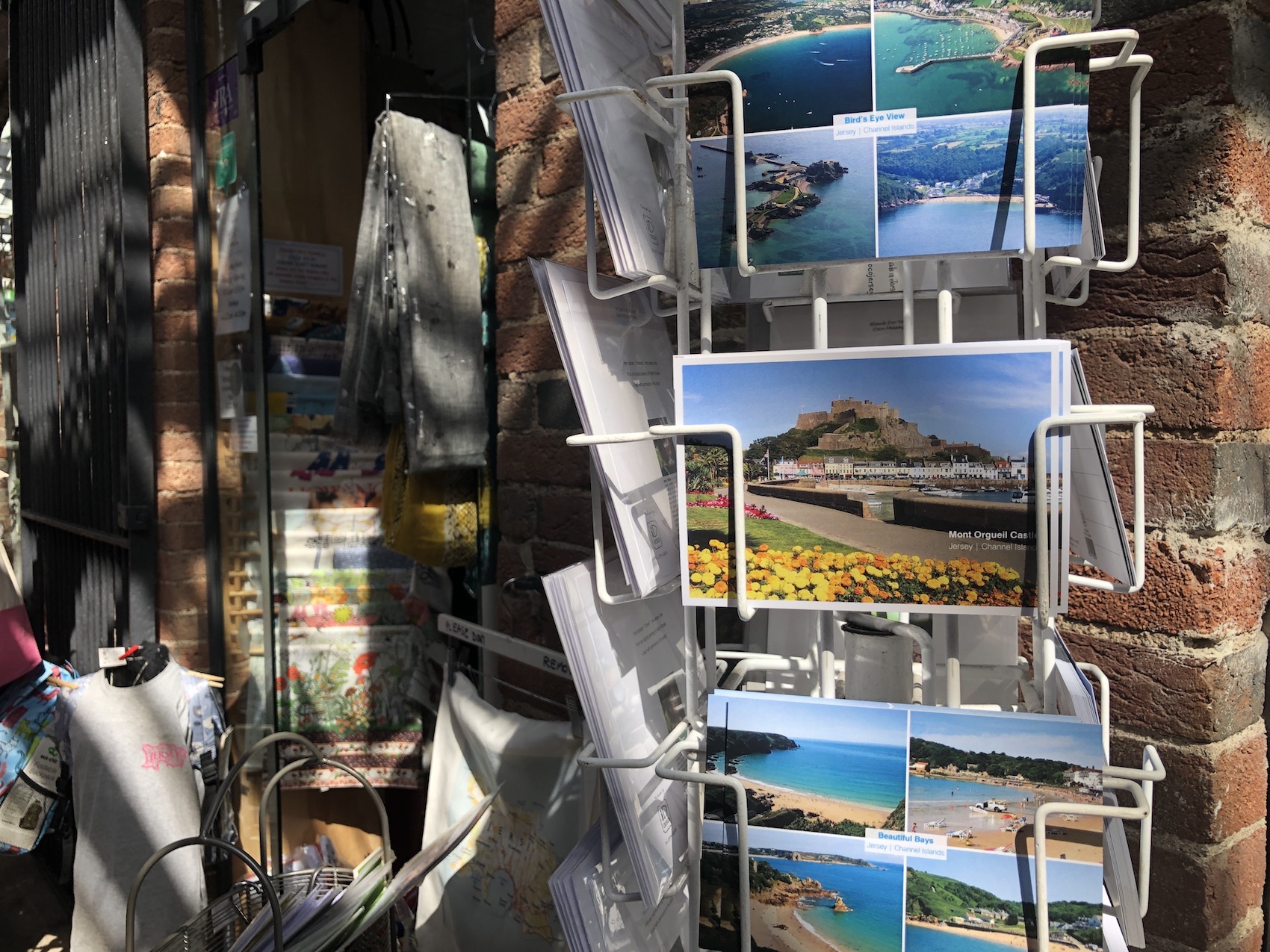 Jersey Post’s Broad Street Post Office will host a Wise Words zone from today until 9 October, where islanders can fill in a ‘Wise Words’ postcard with the best piece of advice they have ever been given.

They can then post their postcard on the Wise Words board to allow others to learn from their advice.

The three best Wise Words entries will win a £30 voucher to spend on Fetch.je.

At the end of the campaign, the completed postcards will be available for one week for any islanders to take and keep or post to someone they think could benefit from some words of wisdom – they can simply pop into Broad Street post office and pick one up for free and pass it on.

“This initiative is a bit of fun, and we hope islanders will share their words of wisdom in this unique way,” Sonia Ferri, Senior Marketing Manager at Jersey Post said.

“We want the island community to spread positive and meaningful messages as it’s always lovely to read a handwritten note in today’s digital world.

“I would encourage anyone who has an inspirational message to put pen to paper and spread the joy. You never know you could put a smile on someone’s face or even make their day.”

Vote for your favourite ‘Island View’

As part of the States Greffe’s 'Island Views' photography competition, islanders aged 13 and over have been capturing things they are proud of, or would like to change about the island.

Get knitting for the shelter!

With Christmas approaching, the JSPCA is appealing to local knitters and crochet lovers.

To raise funds, the Animals' Shelter is looking to sell knitted and crocheted Christmas decorations - maybe even with chocolate treats inside - at its reception and at the St. Peter's Christmas Tree Festival.

Any crafty islander wishing to help create some animal-related decorations should contact michelle@jspca.org.je. 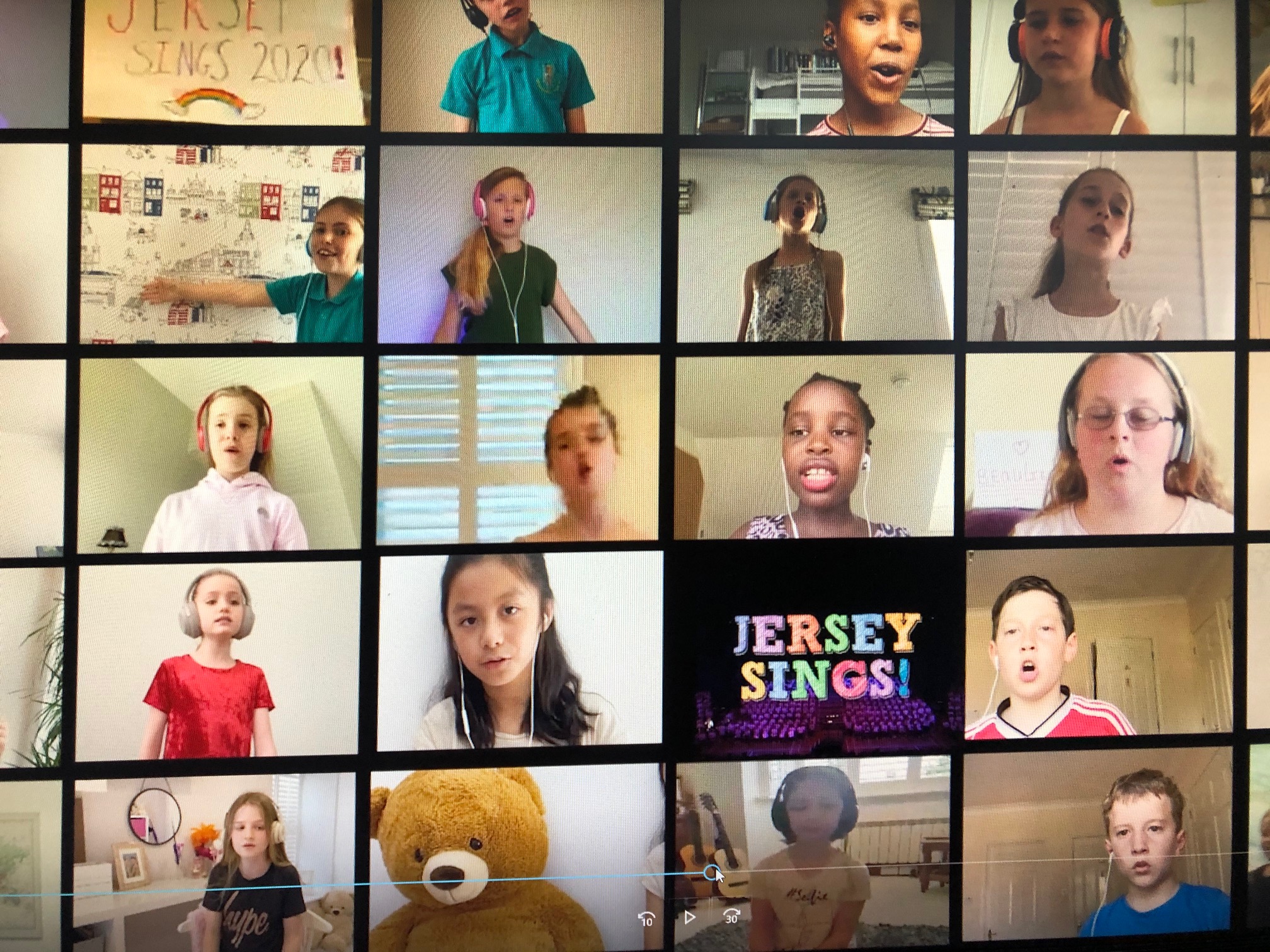 Pictured: Children from around 15 local schools and ensembles have taken part in 'Jersey Sings' so far.

Jersey’s children have come together en masse to create another charity music video.  Music in Action reinvented Jersey Sings in 2021 with an online video choir to be released at the end of September.

Now in its fifth year, Jersey Sings! normally sees over 1,000 children take to the stage. With the cancellation of live events in 2020 and 2021, the charity behind the event, Music in Action, have had to get innovative to produce a similar learning experience.

This year, entire school classes were able to sing together and children from around 15 local schools and ensembles have taken part in the project so far.

The music chosen was the popular song ‘What a Wonderful World’ which the children have learned and recorded during summer camps.

There are now only two weeks left to take part in the project, which closes on 12 October 2021. It

“It’s been fun working with schools and summer camps to produce another music video after the success of the 2021 Jersey Sings,” James Mews, Chairman of Music in Action, said. “We are so grateful to our main sponsor, Zedra, for their support and several donors for making this project possible.

“They are helping us to inspire and educate children as we move back to the classroom and singing starts in some form. There is one last chance for schools and young choirs to participate.”

To find out more about Virtual Jersey Sings! 2021, or if your child or ensemble would like to participate in the project, please email info@musicjersey.com.

Have you heard about #aesthetic?