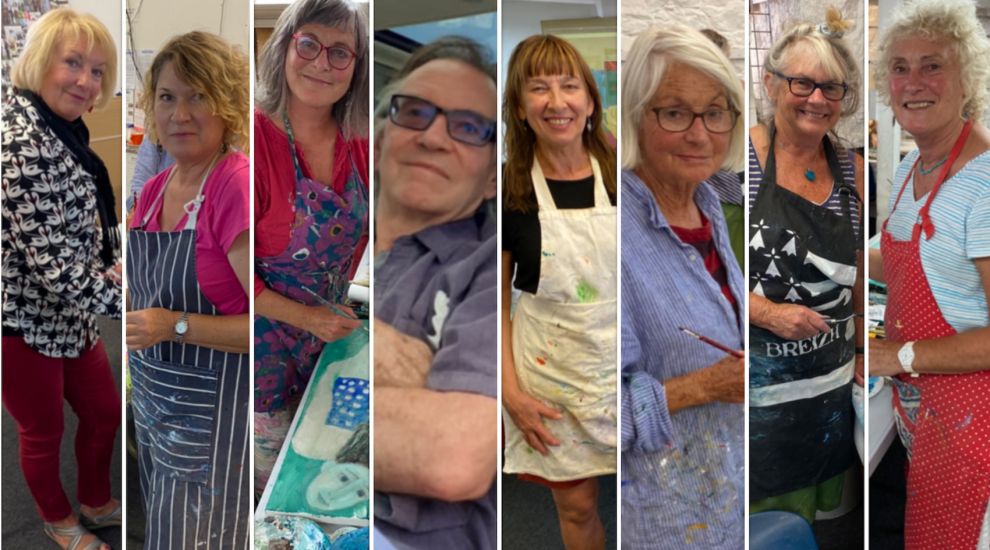 A group of local painters taught by one of the Harbour Gallery’s “most loved artists” are exhibiting their work in St. Aubin, showing how much influence he has had on them.

‘In A Dark Place the Eye Begins to See’ 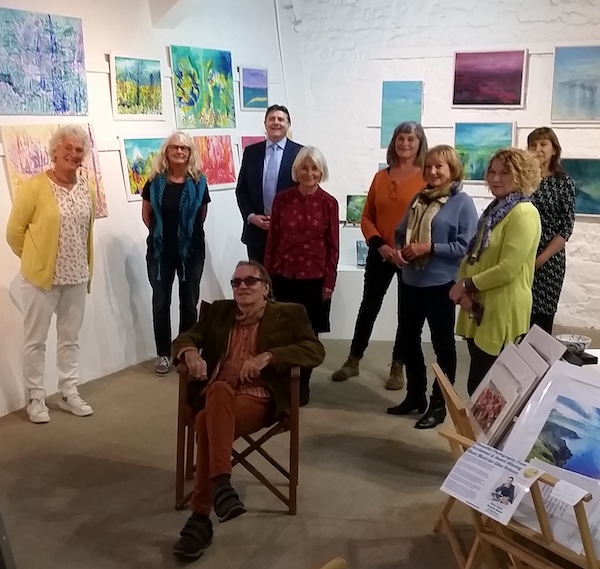 Four years ago, local artist Graham Tovey, “one of The Harbour Gallery Jersey's most loved artists and such a good friend and supporter”, started a painting group following requests from the gallery’s regular visitors. Among Graham’s students were novice painters as well as some who had stopped practising their skills.

“It was just lovely,” Gallery Director Pat Robson said. “He would discuss their work and their ideas with them. It was a really relaxed group but very productive.”

After Graham sadly suffered a major stroke nearly two years ago, his ‘ladies’ were eager to carry on developing their work and decided to continue meeting on a Monday.

“It is such a positive group, they inspire each other,” Pat said. 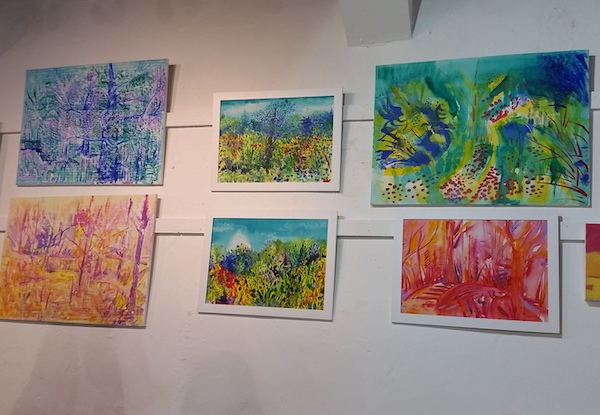 Pictured: “It’s all totally different, they all have different styles," Pat Robson said.

“In A Dark Place the Eye Begins to See”, sponsored by Abaris Chartered Accountants, opens to the public today and will continue until 2 November. Graham was able to visit the group earlier this week and see the exhibition, a reunion which Pat said was “really moving”. 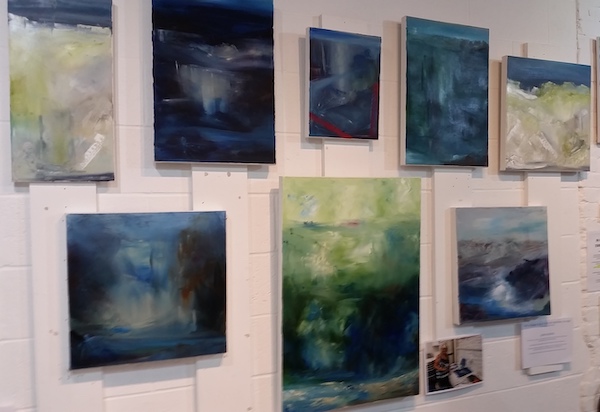 “You can see how Graham has been an influence on their work,” Pat added. “It’s all totally different, they all have different styles, but you can see how he has helped them, even without touching the canvas, simply by talking to them about the use of colours, the use of positive and negative space.

“Their work has really come leaps and bounds.”

The exhibition will be supporting Jersey Cheshire Homes, who are currently caring for Graham, with collection boxes.

Durrell recently released a short documentary on the emergency rescue mission that took place in Maurititus in July, when the MV Wakashio freighter ran aground just a few kilometres from nature reserves and national parks causing 1,000 tonnes of fuel oil to spill.

The documentary, created by Freedom Media, includes footage from the emergency rescue as well as interviews with local conservationists.

All three species are unique to the offshore islands of Mauritius and serve an important role within the ecosystem as predators or prey of other threatened animals, but also as pollinators and seed dispersers of rare plant species.

Over the last 14 years, Durrell, the Mauritian Wildlife Foundation (MWF), National Parks and Conservation Service (NPCS), and the Forestry Service have been working to rebuild the reptile communities on these islands – a work that was threatened by the oil spill.

All 66 rescued animals have now been brought to Jersey and are being cared for by herpetologists to ensure that they and their offspring can be returned to the wild in the future.

“We always work in partnership and this film really tells the story of just how many people were involved in ensuring these Mauritian reptiles were urgently rescued from immediate danger and bought to Jersey, where our team of captive breeding experts can care for them. I am so grateful to everyone who worked so hard to make this happen,” Dr Lesley Dickie, Durrell CEO, said.

“Without swift intervention, the impact of the Wakashio oil spill could have caused irreversible damage and pushed the reptiles closer to extinction. Co-ordinating this mission was no small undertaking and there were many challenges along the way. We really couldn’t have done it without the generous support of the Jean Boulle Group, who enabled the transport of these animals, and Ports of Jersey, who have been so supportive in handling all the complex aviation logistics.”

In 2019, local photographer Anna Houiellebecq travelled through Nepal and was “astounded” by the beauty of the country and the people who called it home.

She fell in love straight away and decided to capture a series of photographs which are currently exhibited at the Link Gallery, in “a visual display of people and communities that have a story to be shared”.

“I use my skills in photography to document the people and places I see throughout my travels,” Anna said. “I love meeting and getting to know people from different backgrounds and cultures, and believe they all have something powerful and unique to share.

“My aim with photography is to become a story teller. I strive to see the beauty in the places and people that I meet, and to listen and to learn from my experiences.”

50% of all profit made through the exhibition, will go to Five14, an adventure company that aims at preventing exploitation through ethical business.

Poets in the Park

ArtHouse Jersey Presents has shared a video of their recent 'leafy' encounter. The video includes a playboy's laments, a "wee poem about Scotland", a "Capitalist Meditation", as well as a Brexit-themed parody of Robert Browning's 'Home Thoughts, from Abroad' and a poem in Jèrriais about a seagull (mauve).

An aerial shot of Jersey Airport’s Rescue and Firefighting Service at work on a simulated aircraft fire as earned Marc Le Cornu of Bam Perspectives first place in the documentary category of the Aerial Photography Awards.

“Capturing the power of the water monitors and the skills of the firefighters was a great opportunity and I hope it is a small way of celebrating our local firefighters!” Marc, who spent three decades in the fire service, said.

“As an ex-firefighter myself, it was good to be back alongside the flames! Hope you like these shots as much as I enjoyed capturing them!”

Marc's snap of the Triathlon start and of a boat also got third place in the Sports category and a special mention in the Transportation category respectively.