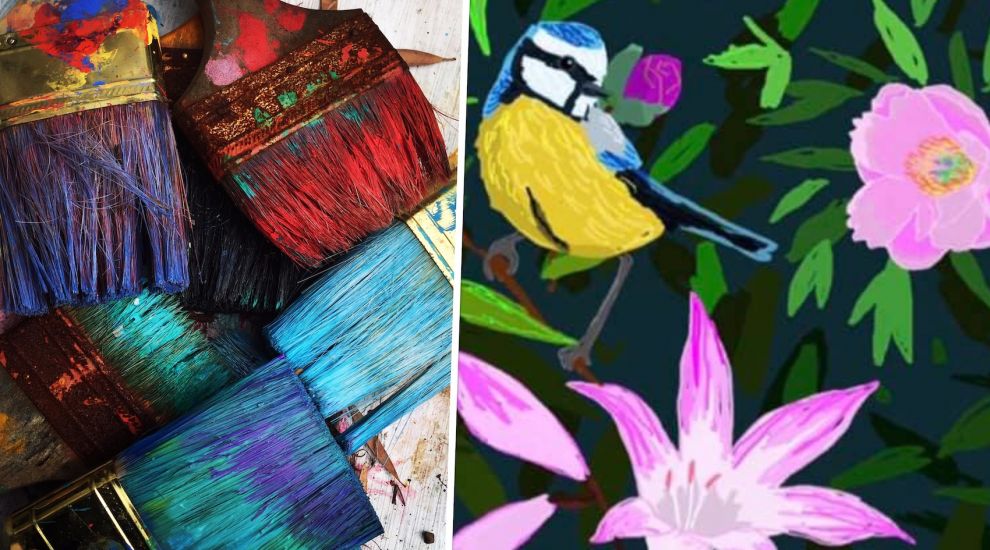 An islander, who normally spends his days guarding Elizabeth Castle, has designed a blooming mural mixing the flowers of Jersey and China to brighten up a tired wall neighbouring a local restaurant.

Lilies and peonies take to the wall

After noticing the Rice Bowl mural was looking “tired and weathered”, Heather Brown, the founder of local artist collective RampArts, contacted the Parish of St. Clement, offering to put together “a mural project to lift local spirits, celebrate hope and send smiles out into the parish”.

Local artist Jacques Le Breton came up with a blooming design that is sure to bring a pop of colour to the area.

It's not Jacques' first mural - he has previously spread his painting talents in Canada, where he lived for a few years, as well as in Jersey. You can currently see one on the side of the Co-Op Grand Marché and another one at the Bakehouse Café in First Tower.

Video: One of Jacques’ murals can be seen at the Co-Op Grand Marché.

With the new mural being located near the Rice Bowl, Jacques said he wanted the mural to represent China in some way, but while also representing the island.

“I’m always inspired by flowers, so I thought what better way to blend the two cultures than by putting our two nations favourite flowers together in one image, peonies and Jersey lilies,” he said.

“It feels good to paint a mural in such a prominent place. I think the presence of murals and street art in the community can have an immeasurable positive effect on wider society. It’s my belief that the more beautiful we make our little area of the cosmos, the more beautiful we feel inside.”

Jacques, who is the site guardian at Elizabeth Castle, is no stranger to celebrating the island’s beauty as a number of his paintings feature local landmarks and landscapes, probably.

“Working at the castle definitely influences me a lot,” he said. “I love Jersey and its history so it’s epic being surrounded by it all the time at work.

“I am constantly drawn to the spiritual aspect of our world in my art but I also like to just paint the world as I see it.”

Heather said she was thrilled with the design Jacques proposed, which she described as “colourful and vibrant”.

“It encompasses elegant Jersey lilies with the national flower of China, the peony, which blossoms thick and ruffled,” she said. “The Parish and I instantly fell in love."

Meanwhile, the collective has also revealed the design for the Pontac Bus Shelter which will be painted by Jonny Swift and Rosie Evans and encourage support for local fishermen.

“Not only did they get the Parish of St.Clement’s approval, but also that of Pontac House Hotel, which is situated directly opposite the space,” Heather said.

“Jonny submitted a detailed digital illustration of a spider crab, which ties into supporting the local fishing industry and Rosie provided some beautiful designs, using block colour and thick line work, which will translate perfectly onto the bus shelter.”

Explaining the inspiration behind his mural, Jonny said he wanted to show support for local Jersey fishermen and their fishers' manifesto!

"It’s an important issue, my art is heavily influenced by our ocean, so it’s an opportunity to bring needed attention to the problem!," he said. "The Fishers' Manifesto: Management of Jersey's territorial seas and fisheries over the past two decades has been largely dominated by the controversial Granville Bay Treaty. The collapse of the Treaty however, through the Brexit process, presented Jersey with a unique opportunity to take the lead in building a new and more sustainable management regime.

"In March our local fishing fleet launched the Fishers' Manifesto - a vision for a brighter future that outlines the need for the protection of our fish stocks, rejuvenation of our fishing fleet and careful management of the marine environment through 6 distinct principles. Despite this, our Government are yet to take real meaningful action. We're seeing French trawlers dredging off our coast in ever increasing numbers. Our fleet are outnumbered and under threat. Livelihoods are at risk. Our fish stocks are being decimated and untold damage is being done to our marine ecosystems."

Video: This is the third episode in Christian Jegard's rockumentary.

In the third episode of his rockumentary - ‘Jersey - A Musical Journey’, we meet three new characters: musical theatre experimentalist and mainstream-shunner Tristan Watts-DuPont, who makes art films so inaccessible it would take a Sherpa six weeks to find the point; smarmy Buble-lite crooner Liam Bisson - currently putting the finishing touches to his albums ‘The Loneliest Man in Maufant’ and ‘Surf, Jive & Ski’ and 18-year-old JCG student and TikTok star, Bailey-Mae LeBailhache, who proves you can’t make content without breaking some eggs.

Do you know your dolmens?

To mark the European Day of Megalithic Culture on Sunday 25 April, Jersey Heritage and Société Jersiaise are inviting islanders to spend the day exploring the island’s ancient dolmens using a free online guide.

In addition, the two organisations will be sharing a quiz about dolmens on social media on Sunday morning. Answers for the quizz can be found at the dolmen sites for a chance to win a surprise prize.

World Book Night at the Library 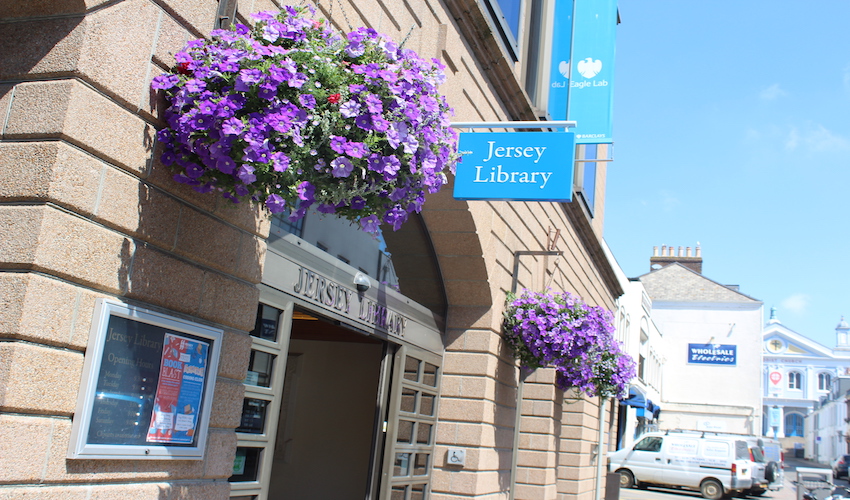 Between 18: and 19:00, a conversation between Kazuo Ishiguro, whose award-winning novels include 'Never Let Me Go' and 'The Remains of the Day', and Kate Mosse
will be live streamed.
The celebrated contemporary fiction author will be discussing 'Klara and the Sun', his first book since winning the Nobel Prize in Literature.

At 19:00 islanders are invited to join the 'Reading Hour', during which they can do anything they want related to books: read along, read with someone, or even call a friend to chat about books and share recommendations.

Vroom in your diary for vintage car-spotting this weekend?

A number of vintage cars will parade around Jersey from 10:00 on Sunday as part of a drive to help vulnerable children.

It's part of the Federation of British Historic Vehicle Club’s 'Drive It Day' fundraiser, which will see participants raise awareness and funds for local services delivered by NSPCC Jersey, and the counselling service, Childline (0800 1111). 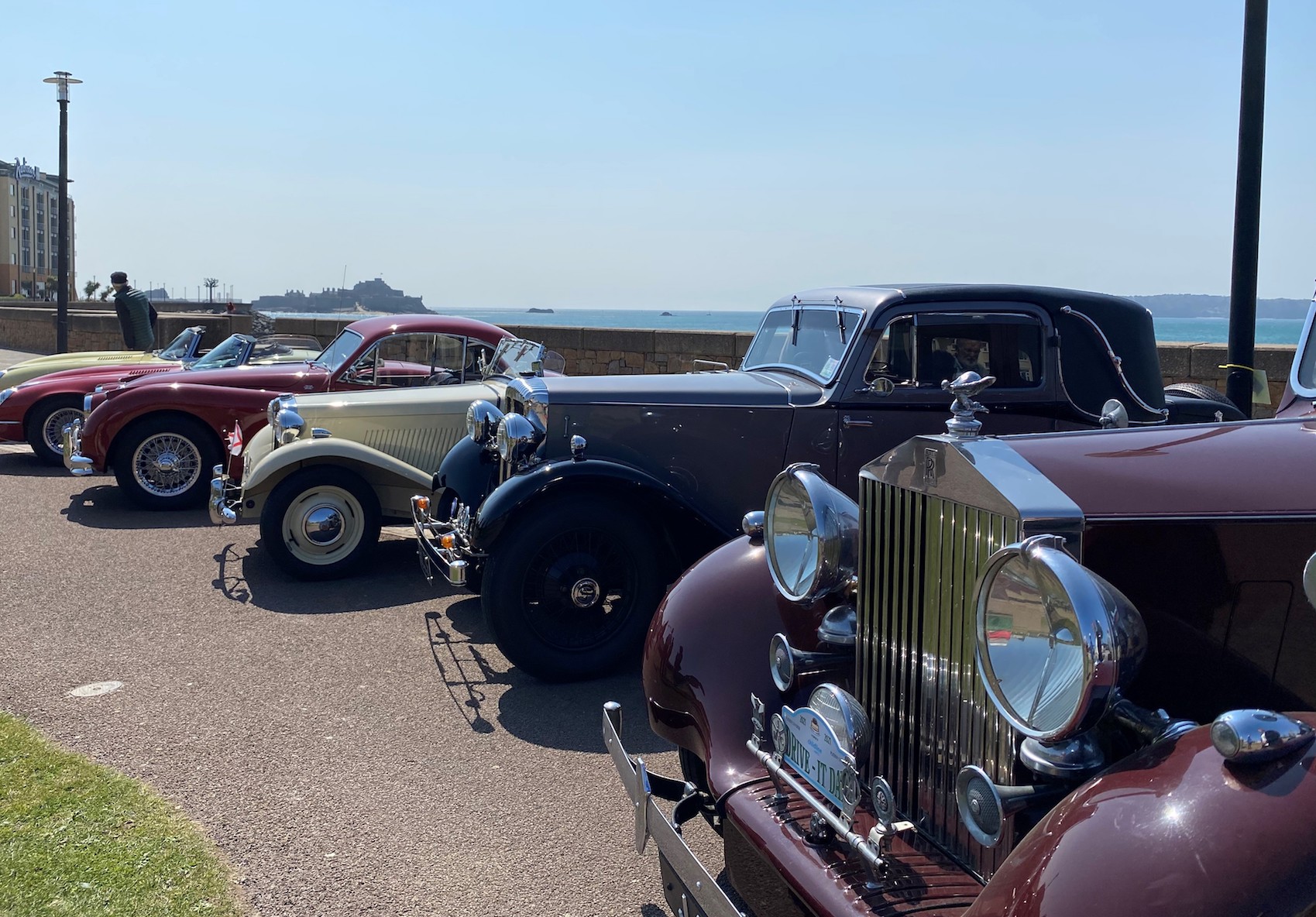 Pictured: A selection of the cars that will be parading around the island.

The Jersey sections of the E-Type Club, Jaguar Enthusiasts Club and Jersey Old Motor Club have all joined forces for the event, with cars ranging from 1933 SS Marques up to the most recent XJs, a 1939 Rolls-Royce Wraith and a 1950 MG.TD.