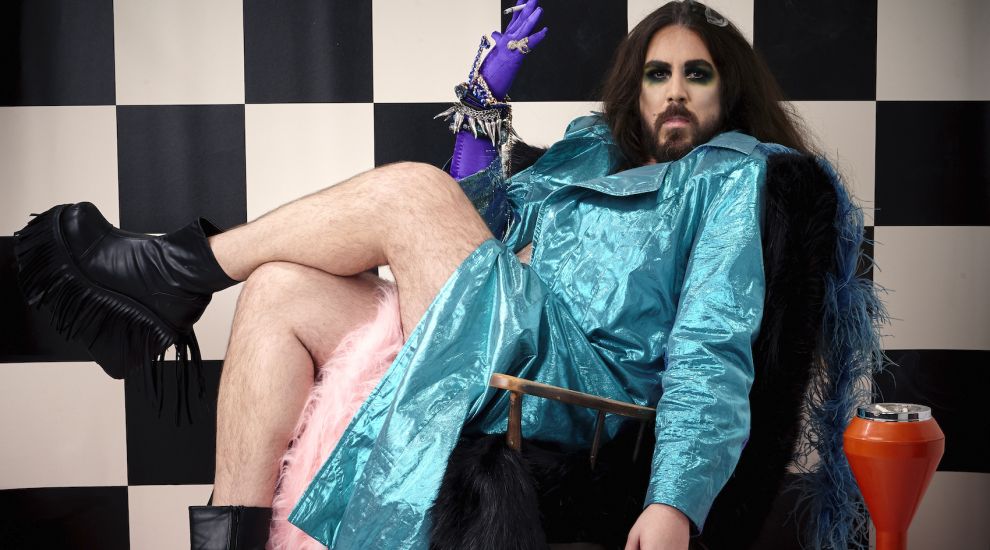 A local comedian and international cabaret sensation is preparing himself for the most public bath of his life in front of a Jersey audience.

Here is this week’s offering…

“It’s going to be the party of our lives”

Just over a year ago, Dr Adam Perchard was in Hackney gearing up for a six-week tour of America.

But, just an hour before his cab was due, the writer and performer, who moves between the worlds of theatre, comedy, cabaret, literary criticism, and opera, received the “devastating” news that the tour had been cancelled due to covid. 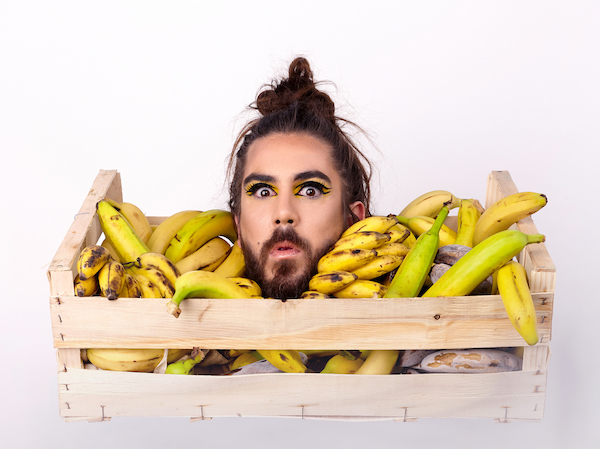 Pictured: Dr Adam Perchard is a multidisciplinary writer and performer, who moves between the worlds of theatre, comedy, cabaret, literary criticism, and opera. (Peanut Factory Studio)

As his mum was concerned the borders would close, Adam soon returned to the island and shut himself with his parents and the family dog in St. Martin.

Even though he was kept away from the stage, Adam just couldn’t stop performing.

To keep his “performance muscles” going, he decided to learn new songs every week and performed them in his childhood bathroom, singing “into an iPhone 5 propped up against a bottle of Head & Shoulders”.

What started as an attempt to expand his repertoire - under the name ‘Bathtime for Britain’ inspired by the talent competitions Adam used to run in his bathroom at parties - soon turned into something much bigger.

“It started simple and ended up being those elaborate weird performance pieces, I loved it!” Adam said.

“Each one was a little show of its own, with different scenarios. It wasn’t a large bathroom, so I had to take awkward poses to try filming from different angles.”

As well as catching the attention of online viewers, Adam’s videos – particularly one featuring his parents and regal costumes made out of bubble wrap which he created for The Glory TV, an online show curated by Jonny Woo - were also noticed by Daniel Austin, the Director of Jersey Arts Centre.

Video: Adam's parents got involved for the video he created for The Glory TV, an online show curated by Jonny Woo.

“Daniel said ‘there’s something brewing in St. Martin that needs to be investigated’ and he commissioned me to do a live show and I am so grateful for that,” Adam said.

While the show has been pushed back several times due to the pandemic and continuing public health restrictions, the Arts Centre kept Adam busy with a commission of 10 special videos in 10 days.

“It was mad but really gorgeous,” Adam said. “Out of this flurry of activity the show emerged, it’s been lovely watching it grow.

“Working with the Arts Centre was amazing. It’s so rare to work with a theatre who have so much time for you and are so supportive. I keep going to them with crazy ideas and they have said yes to everything. I asked ‘could I dance a minuet with a giant cake and smash it to pieces?’ and they agreed.

“It’s an exciting opportunity. They have wonderful facilities and wonderful artists and technicians, I think it will be most exciting show I have made.”

Adam will finally be taking to the stage on Wednesday 19 May for what he promised will be a “sensational” four-night run, involving 14 different costumes he created himself “knee deep in tulle and crystals”.

For the show, which includes video projections from Adam’s earlier videos, Adam recreated his bathroom on stage.

“My bathroom has become a 200-seat auditorium, I am going to be taking the most public bath of my life,” Adam said. “It’s sensational and very funny,” he said about the show. “I am serving you drama, state of the world, apocalypse, lots of fun and lots of sequins. 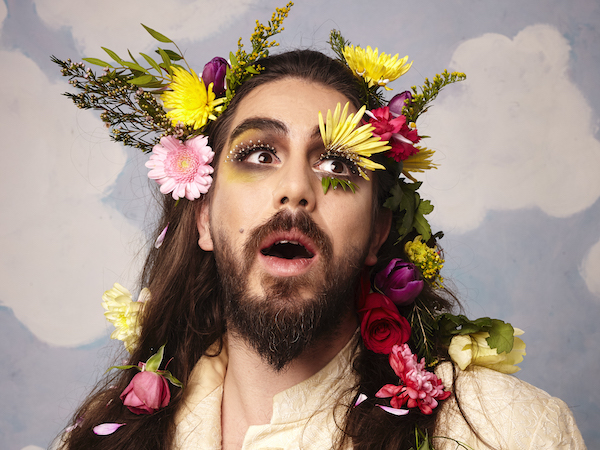 “The reason I have always loved comedy is that you can think about things that are difficult and complicated in a nuanced way. The show is all about lockdown but in a much bigger sense it’s a celebration of the end of lockdown.

Looking back on lockdown, Adam says it has allowed him to experiment with different things without worrying about the outcome, deadlines, producers or the press. When he wasn’t coming with quirky costumes and performances, he also worked on his first novel.

It’s been a great time for me,” he said. “When you are gigging and you are doing shows, you do not always have time to completely do the things you want to. Having my career stripped away from me and the world stopped gave me the chance to play and not to work. There is a lot of childlike Adam going on in the show. It was all about experimenting and seeing what happens.” 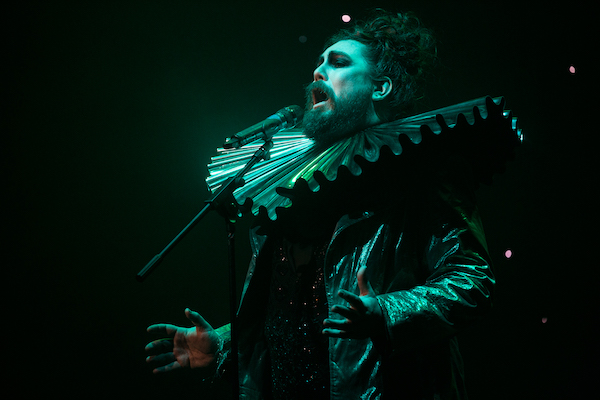 He is however itching to go back on stage for what will be his first performance in 14 months. Adam is also planning to take ‘Bathtime for Britain’ on tour around the UK, including a stop at Edinburgh Fringe, and maybe further afield. 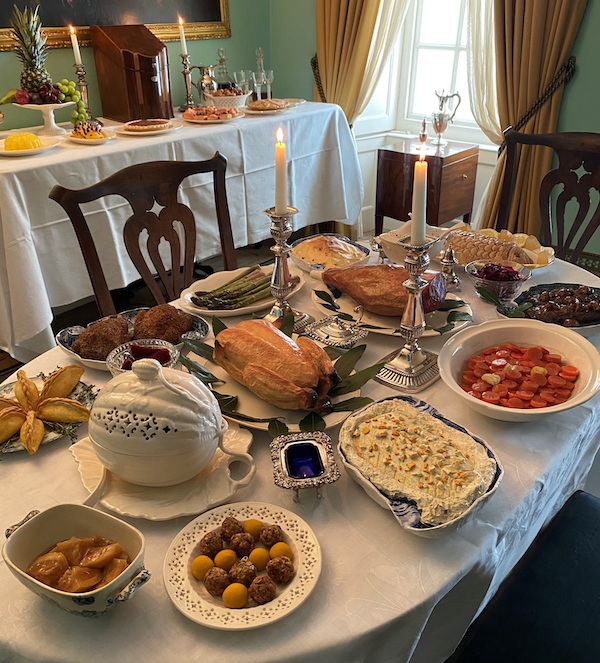 Pictured: In May and June, 16 New Street will be celebrating Georgian food and drink.

To celebrate the tenth anniversary of the Georgian House at 16 New Street, the National Trust Jersey is hosting a ‘Glorious Georgian Festival’.

Divided into four themes, the festival will see a series of different events hosted between May and December to invite islanders to Step back in time and explore the Georgian era in all its “glorious and gruesome” glory.

‘Iconic’ workshop at the Harbour Gallery

Local artist Jools Holt will be at the Habour Gallery on 22 May for the first workshop in over a year.

She will be hosting a ‘Jersey Icons’ workshop inspired by her colourful photographs of local landmarks.

Participants will get to try out various methods, from pencil, paint and ink to pastel, decoupage and collage, with various materials to produce their very own Jersey Icon picture.

Bouônjour! Time to have a conversation 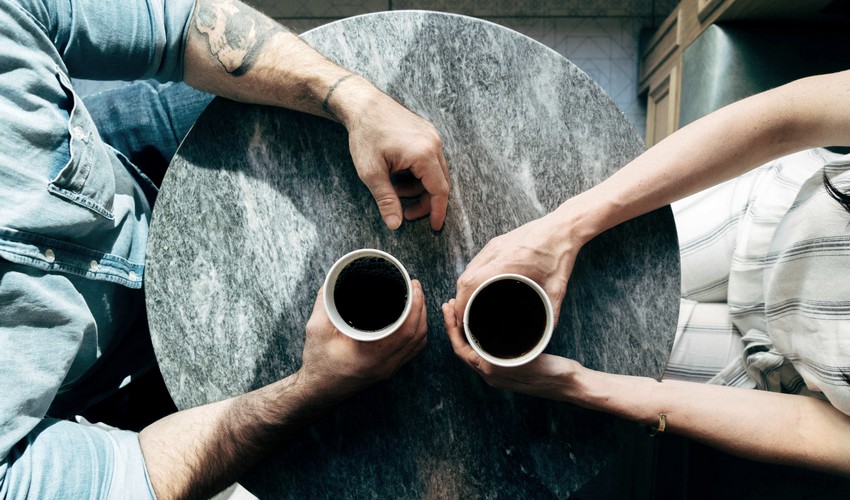 Pictured: People are invited to come to the drop-in sessions not only to have a chat, but also to find out more about Jèrriais or simply sit and eavesdrop.

Islanders are invited to come to the drop-in sessions not only to have a chat, but also to find out more about Jèrriais or simply sit and eavesdrop.

The schedule is as follows:

Find your way around court and criminal records

If you are intrigued to find out whether any of your ancestors were ever in trouble with the law, Jersey Heritage has added a host of court and criminal records to the Archives and Collections Online Catalogue (ACO) to help you to investigate.

The records include historic Honorary Police, Magistrate’s Court, Royal Court and Prison records and are all available for subscribers to view.

Meanwhile Jersey Archive is hosting an online workshop tomorrow (Saturday 15 May) on how to research Criminal and Court Records.

A series of black and white images of Liberation Day in 1945 have been painstakingly colourised and pieced together to create a new film, which is showing at Jersey Museum and Art Gallery at 11:00 and 14:30 until this Sunday 16 May.

Jersey Heritage commissioned documentary producer Alastair Layzell to colourise the black and white photographs which include the surrender aboard HMS Bulldog and islanders in their Sunday best exploring the German gun emplacements at Noirmont in July 1945.

In colourising the images, Alastair took inspiration from Peter Jackson’s film, ‘They Shall Not Grow Old’, which in 2018 marked the 100th anniversary of the end of the First World War.

“For my generation, the Second World War was fought in black and white,” he said. 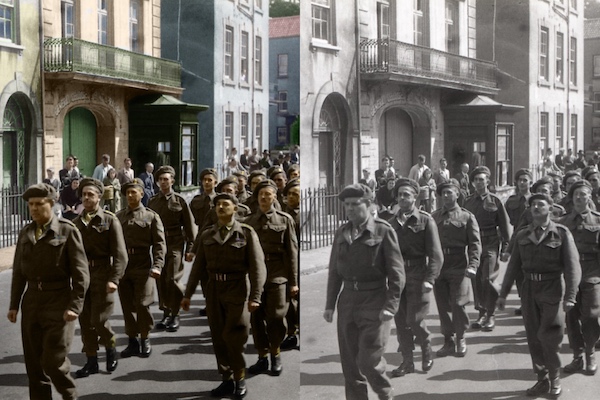 “The Americans had colour stock – for photographs and moving pictures – but the British were not as advanced and mainly relied on monochrome. The images from the war, including those of the liberation of the Channel Islands, came to us in black and white. To see some of those familiar images in colour is remarkable.

“Although the colourised film was originally commissioned to mark the 75th anniversary of Liberation, the images are timeless, and it is just as fitting to use them to mark the 76th anniversary. Perhaps our colourisation will help new generations – used to seeing the world in colour – to better appreciate the momentous events of 1945.”

The film is narrated by actor and Occupation historian John Nettles, while the colourisation was carried out by video editor Richard Hall.

“This was a momentous time in Jersey’s history, and it is fascinating to see these images transformed from black and white into colour,” Chris Addy, Jersey Heritage’s Sites Curator, said.

“We are grateful for all the time and effort that Alastair and his team have put into carefully researching the colours and carrying out the colourisation process. Seeing these memories in full colour can only enhance our understanding of the joy our Island community must have felt at tasting freedom again after five long and difficult years.”