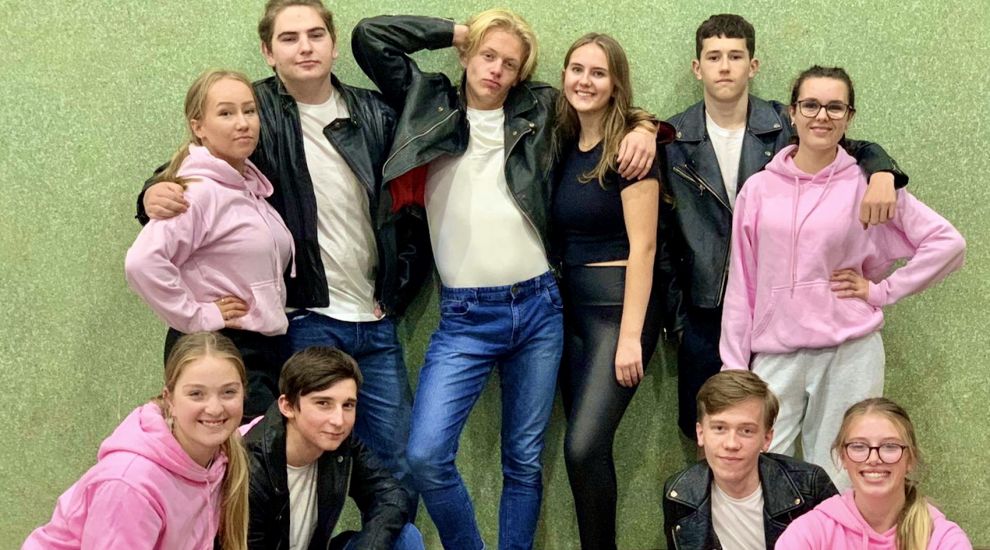 A sea of leather and pink jackets will be sweeping throughout Haute Vallée next week, as the school is transported back to the 50s for a group of young performers' first post-pandemic production. 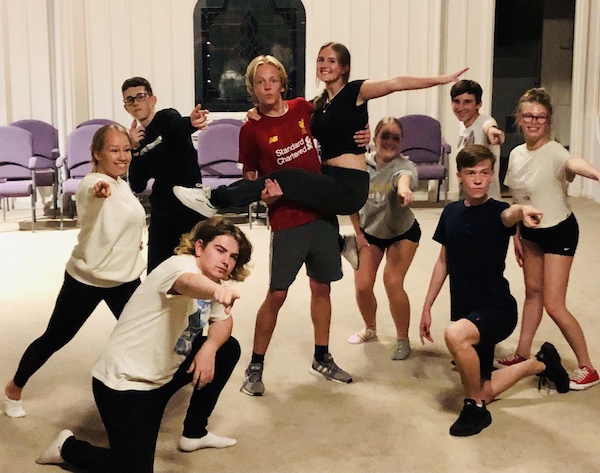 Pictured: The production features a cast of 40, all aged between nine and 18.

As the summer days are drifting away, Jersey Youth Performing Arts will be taking to the stage at Haute Vallée School between Wednesday 27 and Saturday 30 October for a full-length version of Grease.

The charity, which aims to encourage inclusivity and promote the educational and social benefits of involvement in the performing arts, was originally set to present the musical in 2020 but the plans were postponed because of the pandemic.

Featuring a cast of 40, all aged between nine and 18, the production is choreographed by Vicky Phillips with musical direction by Alice Veitch, both of whom said they have been impressed by the young performers.

“We have a very talented cast and I think the audience are going to be really impressed when they see what our young people have achieved,” Ms Phillips said.

Director Rhona Richards said the main challenge for the production had been to “keep people enthused and committed” in the midst of uncertainty over when the performances would happen, if at all.

“We've had periods where we could only meet in small groups, when we had to meet masked, a long period where we couldn't sing, difficult when you're putting on a musical, and, of course, there were times when members of cast had covid or were isolating,” she explained.

"Our main aim has always been to keep our cast and audience safe so we've worked using Government advice and the guidelines set out by the 'See it Safely' Campaign which advises London theatres. It's certainly been challenging but Grease is a great show and it's been worth the wait.”

“I think the pandemic has been particularly hard for young people who have had to spend long periods away from their friends and haven't been able to take part in the activities they enjoy,” she added.

“Our cast and volunteers have been amazing at staying positive and adapting to new ways of working but now everyone is beyond excited about being back in the theatre. Grease is the perfect 'comeback' show, it's got romance, comedy and brilliant music. We just can't wait to be on stage doing what we love.” 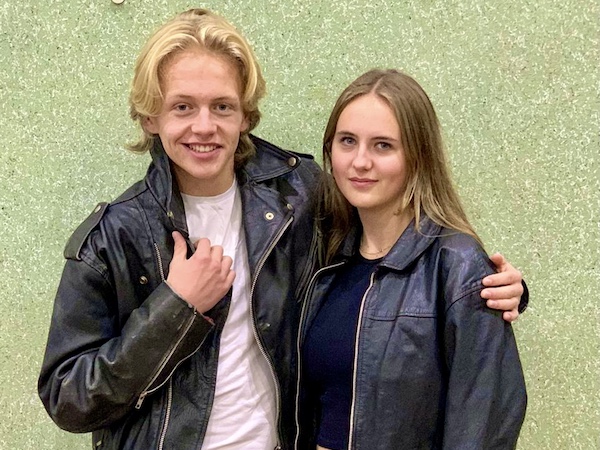 James Edey and Sydney Haskins will be playing the infamous couple from Rydell High, Danny Zuko and Sandy Olsson. The pair was chosen out of 90 budding actors after the open auditions and both are big fans of the musical.

“I really wanted to be a part of Grease as I’ve loved the musical from an early age and the songs are super fun, upbeat and emotive,” James said. “It’s also a really good opportunity to perform in front of a live audience which is something I want to continue to do into my adult life.”

“The songs are just fantastic, and I've always enjoyed watching the movie so I thought that being a part of the show would be fun,” Sydney added.

Both Danny and Sandy confessed they are feeling excited and nervous ahead of the performance, but as Sydney explained “the right amount of nerves are good because it makes your performance the best it can be for the audience”.

“The pandemic has definitely affected this play and the rehearsals for it, as it has with lots of other amateur and professional performances since the outbreak,” James said.

“We’ve had numerous people (myself included) catch the virus, meaning we had to shut the rehearsals down for a week and get people tested and that has a real disturbance. However, I do believe that due to these struggles that the show will be so much more enjoyable, and we will be relieved with what we have achieved.”

The pair also praised the JYPA for the opportunities it has given them and other budding performers, free of charge.

“It’s really inclusive and great for anyone who wants to give performing a go,” James said. “It’s such a great charity and I am so thankful to all the people that help run it and allow us to do what we love.”

“The best thing about being part of JYPA is definitely the fact that we can all perform and use our talents while being with our friends in a really lovely environment,” Sydney said. “It's amazing to see how talented but also how supportive everyone is!”

Thanks to sponsorship from Ogier, the musical run will include a performance signed by BSL interpreter, Andrew Higgins, on Saturday 30 October at 14:00.

Portraits at ‘The Space’

There are only a few days to discover the work of street photographer David Gleave, who specialises in black and white photos, at ‘The Space’.

‘Rescued Moments’ is the gallery’s first exhibition and can be seen on Tuesday, Thursday and Saturday between 10:00 and 16:00. 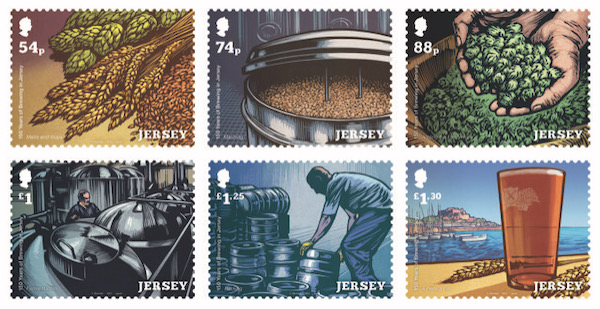 Pictured: The illustrations have been designed by Chris Wormell.

To commemorate 150 years of brewing in Jersey, Jersey Post has issued a set of six stamps, a miniature sheet and a souvenir sheetlet featuring illustrations from Chris Wormell.

Brewing is an integral part of Jersey’s cultural heritage and can be traced back 150 years to 1871 when a Mr J S Palmer started the Ann Street brewing operation in St Helier.

The six stamp illustrations celebrate this traditional craft, depicting the raw ingredients and different stages in the brewing process, which has always been a labour of love for the brewers of Jersey. 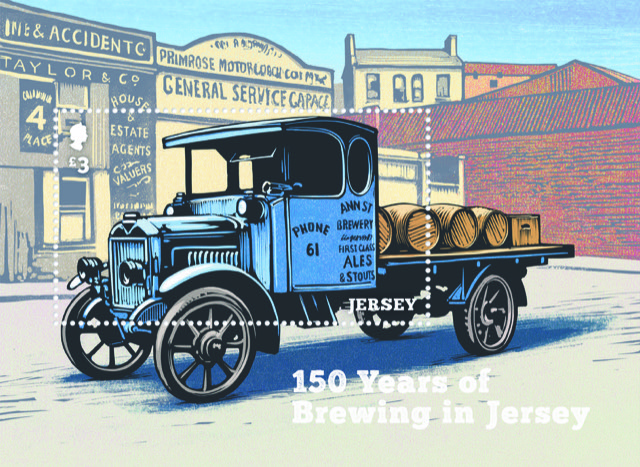 Pictured: The Miniature Sheet features a typical delivery vehicle of the 1920’s loaded with barrels in the brewery’s courtyard.

Stepping back in time, the Miniature Sheet illustrates a typical delivery vehicle of the 1920’s loaded with barrels in the brewery’s courtyard.

“This was a lovely project to work on,” Mr Wormell said. “The main challenge was to capture just a few of the many stages of brewing beer in Jersey while maintaining a nice balance of contrast and variation in the stamps. The images were made using a hybrid linocut technique.”

Jersey Post’s ‘150 Years of Brewing in Jersey’ stamps are available from all branches, whilst the philatelic stamp products will be available from the Jersey post offices at Broad Street and Rue Des Pres.

As part of the island’s first jewellery and watch festival, ‘Brilliance’, Jersey Pearl will be hosting an eco-talk on pearls every day at 12:00 between Saturday 23 and Saturday 30 October.

Over 15 local jewellers and support partners are taking part in the festival, which takes places between tomorrow (Saturday 23 October) and Sunday 7 November, with events such as a gemstone exhibition at Aurum Jewellers, au audience with Catherine Best (30 October at 11:00) 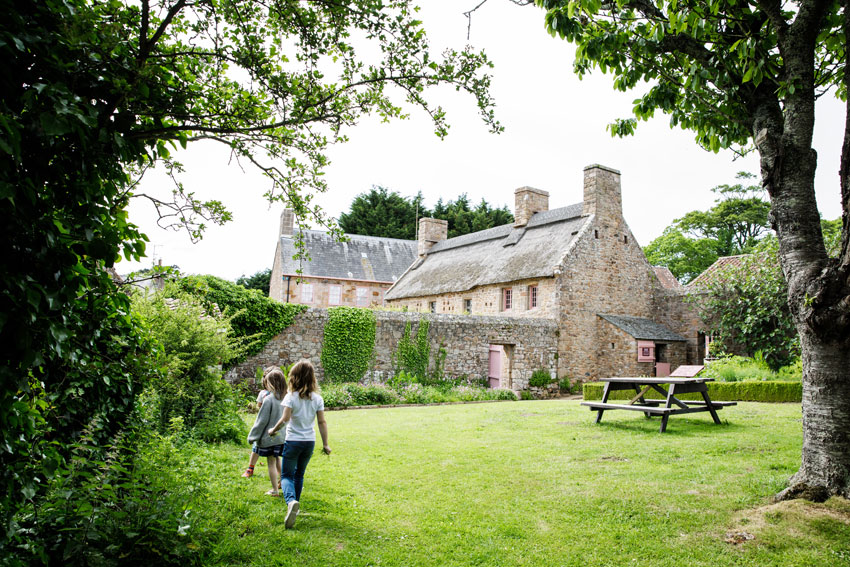 Pictured: Hamptonne is one of Jersey Heritage's sites that will remain open this winter.

Jersey Heritage is extending the opening times at its historic sites this winter to offer more opportunities for islanders and visitors to enjoy the island’s history.

Reduced winter opening hours usually start at the beginning of November to coincide with the end of the peak tourism season. However, the Maritime Museum, Hamptonne Country Life Museum, Jersey Museum and Art Gallery and Mont Orgueil will remain open daily until the end of the year. The café at Mont Orgueil will also reopen on Saturday 6 November.

Elizabeth Castle is the only site that will close for the winter this year, due to the difficulty to access the fortress in bad weather. The last day to visit the Castle this year is Sunday 31 October. 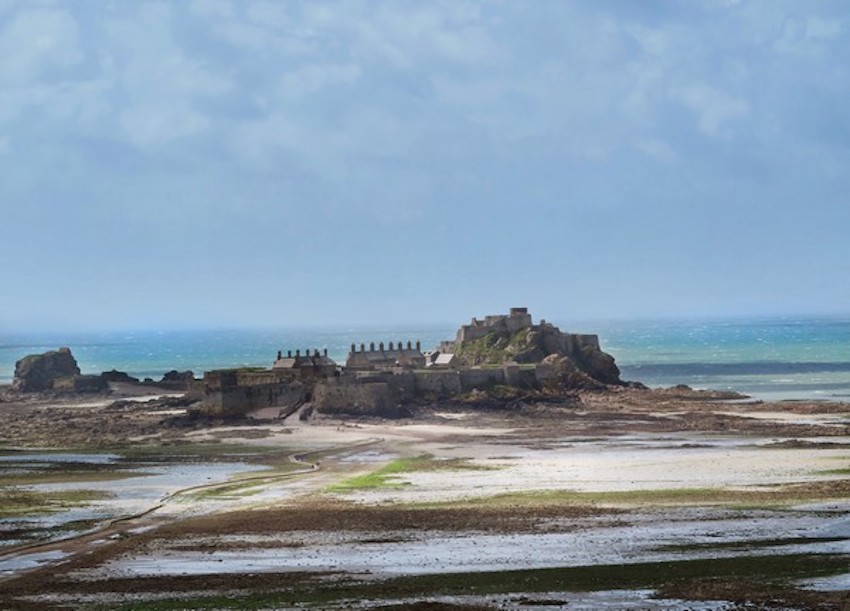 Pictured: Sunday 31 October will be the last day to visit Elizabeth Castle this year.

There will be no change at Jersey Archive, which will continue to open to the public on Mondays through to Thursdays, and the third Saturday of every month. It will however close for its stocktaking during the first week of December.

“Thousands of islanders have visited our historic sites so far this year and our Membership has also grown significantly,” Louise Downie, Jersey Heritage’s Director of Curation & Experience, said. ‘As a thank you for people’s support and to offer even more opportunities to explore the Island’s history over the coming months, we’re staying open a little bit longer so they can continue to enjoy and discover the Island’s stories.”

From January 2022, the visitor sites will revert to usual winter opening hours until the start of the season in March, apart from Jersey Museum & Art Gallery, which will remain open daily.

As Skipton Big Ideas continues at the Town Church, ArtHouse Jersey is inviting islanders to get deep into the conversation with a series of lectures discussing the key themes behind the exhibition, sustainability, accessibility and identity.

The founder of Scoop, the sustainable cooperative, India Hamilton will be at the Eagle Lab in Jersey Library today at 10:00 and on Monday 8 November at 11:30 for a special culinary event that aims to engage children in a passion for sustainable eating and cooking using local produce.

Next Thursday (28 October) at 13:00, artist Mari Keto will be discussing her work at Jersey Library. For the Skipton Big Ideas exhibition, Mari has created two works ‘Everyday Alchemist’, which uses a combination of a solar-powered casting (the creation of an object by pouring molten metal into a mould) and urban mining (the reclamation of raw materials from redundant buildings and products to produce new semi-precious jewellery; and ‘Queen B1 and B2’, for which Mari has worked unique re-shaped honeycomb forms into wearable art and jewellery.

On Friday 29 October at 13:00, Cloe Freeman will be giving a lecture, ‘Identity in Art’, offering a whistle-stop-tour of how artists express, explore and question ideas about identity and how the politics of identity is changing the artworld.

Cloe studied critical art history and theory at the University of Brighton and since returning to Jersey four years ago, she has been active in the community supporting equality and diversity. She is currently Head of Communications within the Government of Jersey’s Strategic Policy, Population and Planning department and has recently joined the board of trustees with the Jersey Community Relations Trust.