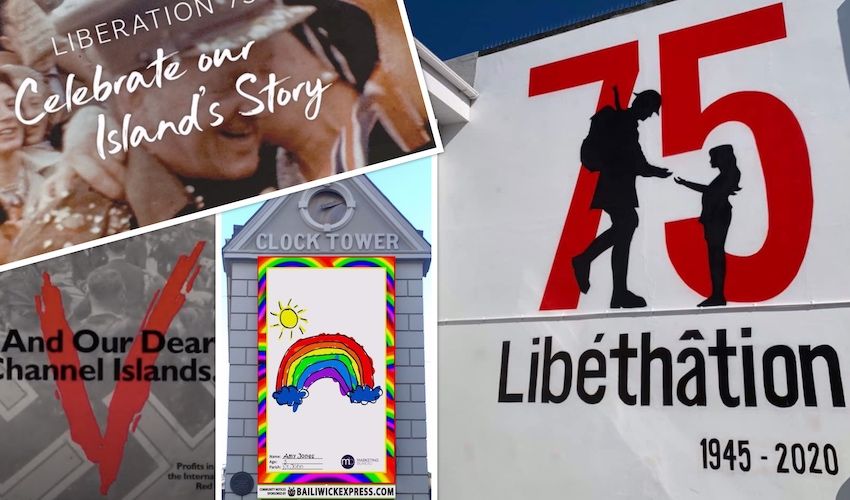 Rare footage of the Liberation, live music from Fort Regent and around the world, murals and a trip back in time with a 25-year old play are on the cards this weekend.

The special releases come as local artists, galleries and cultural organisations join in the celebrations of the 75th anniversary of Jersey's liberation.

Every Friday, Express is presenting a selection of online exhibitions, performances and other historic and creative content.

A release of rare images

Jersey Heritage has released a rare colour footage of the first moments of Liberation in 1945, captured by Dr Mortimer (Morty) Evans supplied by the ITV Archive.

Video: The rare images show the arrival of the advance party of Liberation Force 135 at the New North Quay.

Morty used a Cine-Kodak 16mm camera to record the arrival of the advance party of Liberation Force 135 at the New North Quay, and the joyous reception that they received from hordes of Islanders on the morning of 9 May 1945.

To date, this precious footage is the only known colour sequence recorded on Liberation Day.

Jersey Heritage has also released a series of six short interviews exploring what freedom means today and considering the importance of keeping alive the memory of this momentous time in the island’s history.

Other new content includes four new Jersey Heritage TV features; a webinar about Liberation Day for primary schoolchildren; an online exhibition of previously unseen archives from the Liberation; and a short film about Occupation and Liberation postage stamps.

Music to your ears

Local DJs Stefan Le Rouseau, Warren Le Sueur, Simon Gasston and Colin Moore will be playing  funk, pop, house and electro tunes from the embankment of Fort Regent across the centre of St. Helier from 19:00 tomorrow.

The live virtual skyline party will be streamed via Facebook live on @Lib75Jsy and Mixcloud.

The Liberation International Music Festival, organised by charity Music in Action, will be presenting their ‘Liberation 75 Concert’ on Saturday at 19:00. The hour-long programme will feature music from choirs and orchestras as well as classical, musicals and World War songs.

It aims to not only entertain but also tell some of the stories of occupation, liberation and celebrate the joy of that day while looking to the future.

Along with Jersey artists such as Georgi Mottram, Musical Originals, the Jersey Sings! choir, Rebecca Lawrence, the Aureole Community Choir, and the Jersey Chamber Orchestra, international soloists and musicians will be joining from isolation around the world.

Links for watching the concert can be found on Music in Action and ArtHouse Jersey's websites.

In the meantime, you can listen to Ben Spink and his daughter, Ida (6), singing Man Bieau P’tit Jèrri (Beautiful Jersey) in Jèrriais.

Rediscover “And Our Dear Channel Islands...”

A show produced to mark the 50th anniversary of the Liberation - and saw a cast of 350 people, a Jersey cow, a pig, two rabbits, vintage cars and a shire horse take to the stage at Fort Regent - has now been released on Youtube for a new generation of islanders to discover.

Written and produced by Vic Tanner Davy, it used original film footage and popular songs to tell the story of Jersey’s Occupation and Liberation.

The production’s enduring legacy was the song 'Beautiful Jersey', which St. Saviour Constable Sadie Rennard sung in the show and thereafter every year at the official commemorations in Liberation Square.

The show originally raised funds for the British Red Cross, but the video is now supporting The Shelter Trust, which is seeing increased demand for its services that give rough sleepers and those made homeless by the health crisis a roof over their heads.

When Liberation takes to the walls

Local artist Ben Robertson, known as BOKRA, has painted a mural of the Liberation 75 logo on the walls of Building Renovations Ltd on Great Union Road.

The logo was itself inspired by the first-hand account of islander Enid de Gruchy, who was given a sweet by a British soldier on the day of Liberation and represents a soldier and a little girl.

Sapper James Shales and his daughter, Paisley (4), recreated the moment when the mural was unveiled.

Fill the streets with colour

The Marketing Bureau, which runs three digital screens in St. Helier including the large screen at Charing Cross known as The Clock Tower, is hoping to inject an array of colour back into the streets of town. 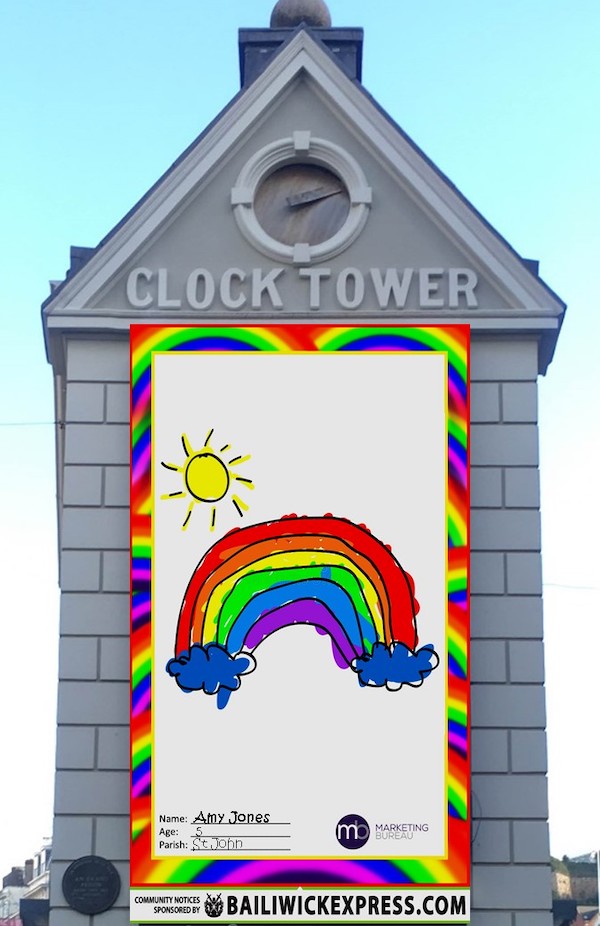 The team is inviting local youngsters to create colourful pictures who will be displayed on the screens in a bid provide to some creativity during lockdown and make St. Helier “a much more colourful and happy place after this difficult time”.

Local artists and galleries have put together some ideas to encourage islanders to get creative with the theme of Liberation.

The Harbour Gallery has published a tutorial on how to create bunting at home.

With many parishes holding competitions on the best Liberation decorations this is the perfect opportunity to create a unique bunting to deck out your house.

If you are more the colouring type, local artists and illustrators have designed free printable colouring sheets on the theme of Liberation.

And for the bookworms…

Neil Gaiman, Marian Keyes, Michael Morpurgo and Alexander McCall Smith will be taking part in an online book festival organised by MyVLF, a Jersey digital start-up over the weekend. 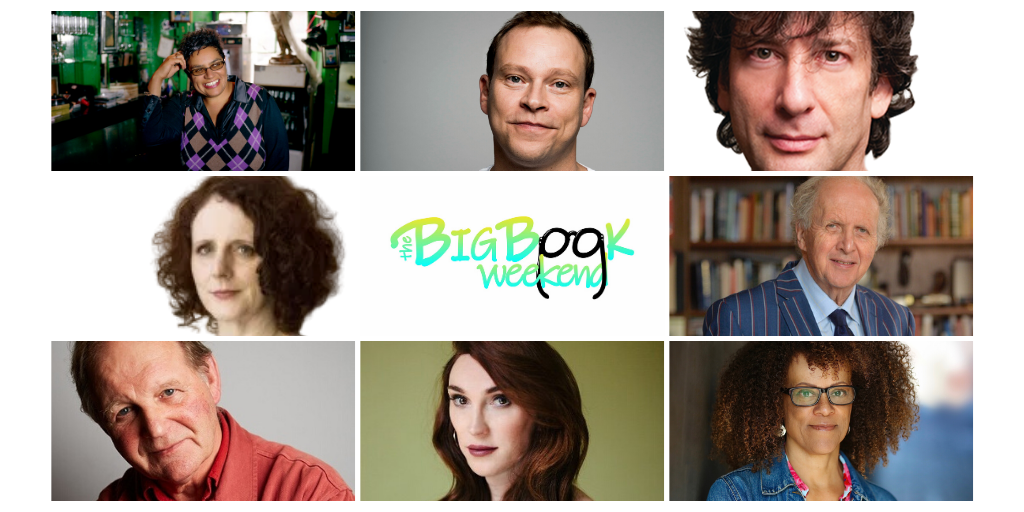 Pictured: ‘The Big Book Weekend’ is taking place over the Bank Holiday weekend.

‘The Big Book Weekend’ is a three-day virtual festival that brings together the best of UK literary festivals that have recently been cancelled, including the Guernsey Literary Festival, broadcast as-live over the Bank Holiday weekend.

Part of BBC Art’s ‘Culture In Quarantine’ initiative, it will feature video interviews, panel discussions, and in conversation sessions.