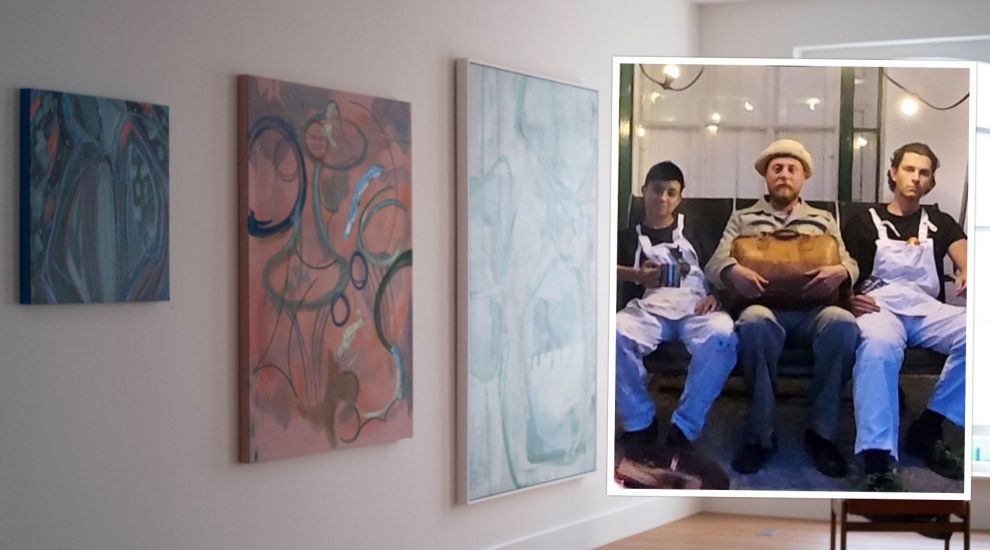 A duo of printmakers in Jersey both ditched the press to revisit painting during the pandemic, creating a series of works which are currently on display along with those of a third artist who share their taste for abstraction.

Tim Le Breuilly and Tom Parker share a passion for printmaking which led them to set up ‘Luddite Press’, a printing studio equipped with an old school press at the Quartermater’s Store at the Grève de Lecq Barracks, the home of ArtHouse Jersey.

During the pandemic, however, they were both inspired to pick up their paintbrushes again and return to a practice they had left for several years. 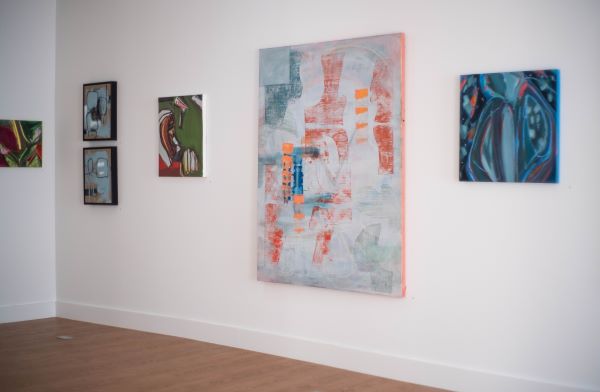 Pictured: 'Synonym' can be seen at the Connect With Art exhibition space at 23 Beresford Street until 20 August. (Credit: Holly Smith)

For Tom, while the work was not directly inspired by the pandemic, it “unavoidably” came about because of it.

“I have not painted for eight years, and it started happening again during the first lockdown,” he said.

The result of their work is now on display at the Connect With Art exhibition space at 23 Beresford Street. The show, called ‘Synonym’, also features the work of painter Laura Skelton.

While each of the artists has their own distinctive style, a link seems to effortlessly flow between their work as though they all had worked on the same theme, like synonyms. 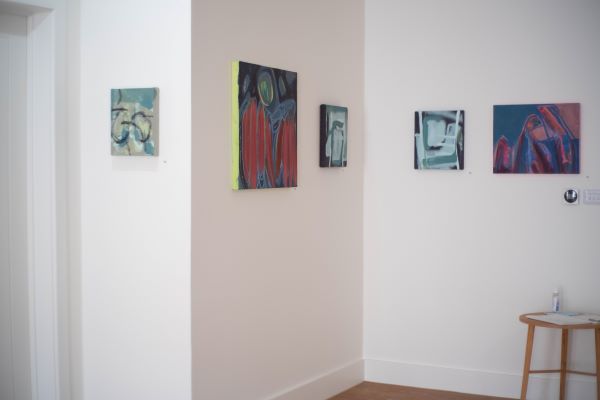 However, as Tim and Tom explained, they all worked on their own, making the symbiosis in the show a happy coincidence.

“I did not have anything in mind, it was a bit like improvising with music, you build up a language and you keep refining it,” Tim said, explaining that the work is not only similar to the kind he was making before he left Jersey 20 years ago, but also the largest he has created in a decade.

“There was no particular theme,” Tom said. “It is more improvision and finding a sort of language, a dialect of making.”

Bright pink pig bookends and a large rug made from teddy bears are two of the most unusual items to have been entered into a charity’s upcycling challenge.

There’s one month left to join the Great Harbour Gallery Jersey Upcycling Challenge, which will culminate in a silent auction on 12 October and will be judged by Adrian Higham of ‘The Bidding Room, and his wife Tara Franklin.

As part of the challenge, islanders are invited to upcycle or repurpose an item purchased from Acorn Reuse in Trinity, from furniture to fashion.

“Acorn has an enormous variety of goods for sale from furniture, clothes, household goods and toys,” Pat Robson, the Managing Director of the Harbour Gallery, said. “Almost anything can be given a second lease of life. There’s some great work coming in already, but we are keen that we get as much variety as possible, of any shape or size.

The most inventive and wonderful creations in each age category will receive awards later this year.

All upcycled items will be on display at the Gallery in October,  with 50% of the sales going to the upcycler and 50% to Acorn.

Entry forms are available from the Harbour Gallery and Acorn Reuse, or can be downloaded from the charities’ Facebook pages. Entry forms should be submitted by 12 September.

Music and a mural 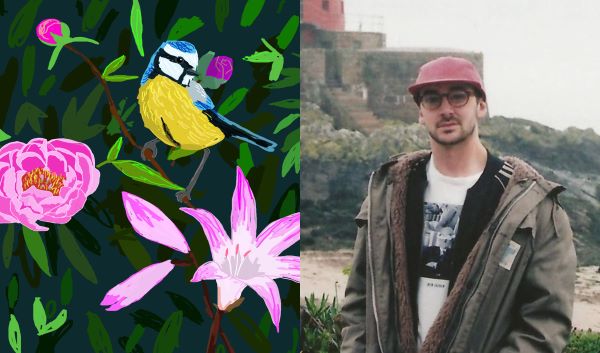 RampArtist and Elizabeth Castle guardian Jacques Le Breton will be giving a fresh lick of paint to the Rice Bowl mural on Sunday 15 August from 11:00.

The arts collective is inviting islanders to come watch the colourful mural, which features Jersey lilies and the national flower of China, the peony, come to life from the beach.

Local musicians Ricardo Santos, Ronan Benson, Nic Dinnie, Alfie Butel, John Aitken, Kacey Music and Monty Taft will be there to play live music from 11:00 and 17:00, with DJ’s All Mod Cons, Tom Burton and MODOM taking to the decks.

The mural is the last in RampArts’ three-part series of public street art murals after the Pontac and Grouville Station bus shelters.

After noticing the Rice Bowl mural was looking “tired and weathered”, Heather Brown, the founder of the collective, contacted the Parish of St. Clement, offering to put together “a mural project to lift local spirits, celebrate hope and send smiles out into the parish."

Heather Brown, the founder of the collective, said the series wouldn’t have been possible without the support and sponsorship from Ricardo Santos of Robbialac and CIN Paints Jersey.

“He has given us everything we have needed since we started the mural series!,” Heather said. “We really wouldn’t have been able to do any of these murals without him. He goes above and beyond, providing a technicolour palette of professional paint free of charge, as well as lending his creative hand and time! He’s our hero.”

The collective will now start work on a new project on the yard of Hope House, a therapeutic home for some of the island’s most vulnerable children.