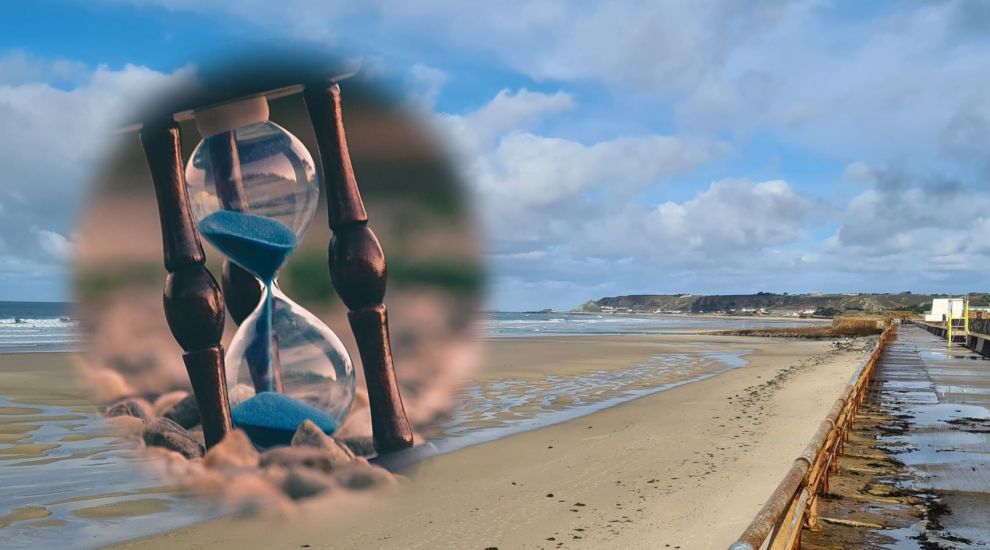 A whistle-stop tour of Jersey's 'deep time' history is taking place this weekend, squeezing 600 million years into a short walk along St. Ouen's Bay, with every step representing 500,000 years. 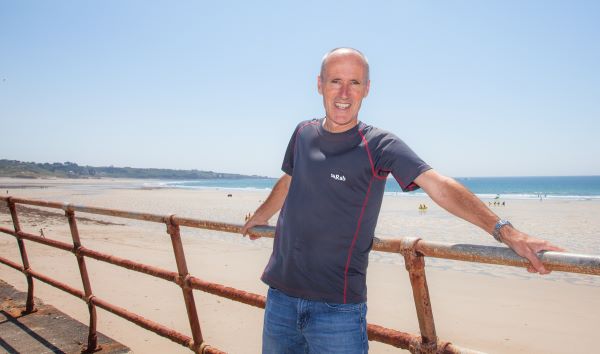 Islanders are being invited to join a deep time walk taking them back 600 million years on Sunday 25 July.

Geographer and TV producer Dr Jonathan Renouf has organised an “exhilarating, whistle-stop tour of Jersey’s fascinating deep time history” as free, guided walk that  will follow the island’s story from the moment the first rocks were formed, through to the present day.

The event is being held to support the Aspiring Jersey Island Geopark Project, which would see the island officially recognised as an area of geological significance by UNESCO and aims to communicating Jersey’s deep time past in a novel way.

“I was thinking of ways to publicize the Aspiring Jersey Island Geopark Project,” Dr Renouf explained.

“Jersey is now officially an aspiring geopark, we are in the waiting room, waiting to be assessed. As part of the application, the island has to show public engagement, public education and show we’ve encouraged people to learn more about the relationship between earth and society that we are taking for granted.

“I heard of the idea of turning time into distance applied to the whole earth history and I thought why don’t we make it more local and tell Jersey history?”

In the 1.2km walk each step will equate to half a million years. It will start from the upper part of the beach at the Watersplash and take walkers along the beach to Le Braye, with groups leaving at 15 mins intervals between 14:00 and 15:00. 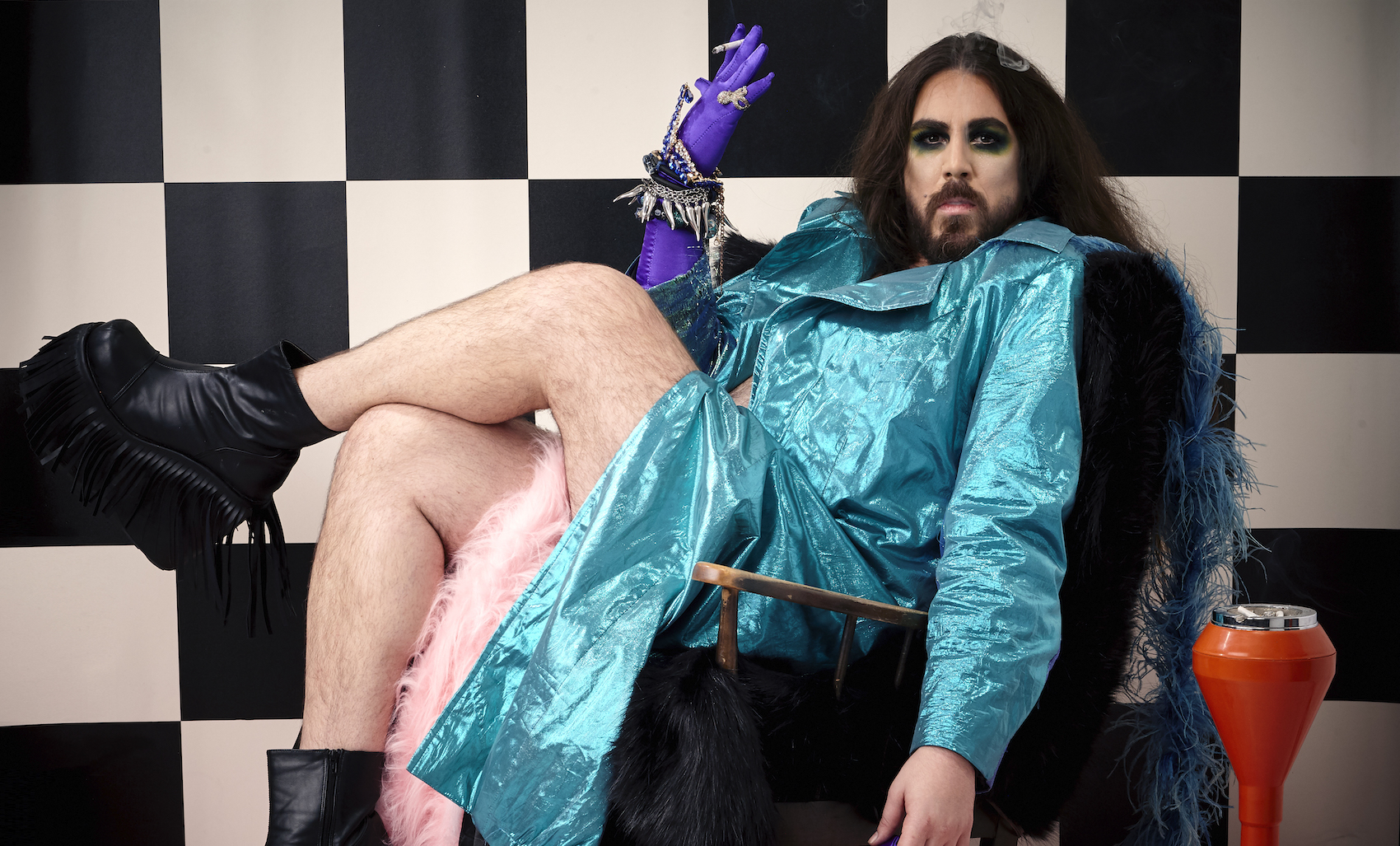 Walkers will get to learn where Jersey’s rocks came from, why the Island is the shape it is today and when it became an island.

“There will be guides who have been briefed about Jersey geological past and events will be marked out on the sand,” Dr Renouf said.

“There will also be sand art and Dr Adam Perchard will be doing a wonderful piece of performance art around the El Tico area.”

Dr Perchard, a comedian and international cabaret sensation who recently enjoyed a sold out run of his show ‘Bathtime for Britain’ at Jersey Arts Centre, will be presenting ‘Burial (225 Million Years)’ an interactive art installation and performance piece.

“Mingling sculpture, theatre, and a bit of old-fashioned bucket-and-spade beach fun, it invites spectators to play an active part in Jersey's geological history: bringing to life the processes which saw Jersey buried under five kilometres of sediment over millions of years, and then liberated,” he explained. “Big, bold, eye-catching, and slightly unhinged - this is definitely the geological-performance-art happening of the year!”

La Folie at the Barracks

A trio of artists based at ArtHouse Jersey’s La Folie Studios will be showing their work at the charity’s HQ, Greve de Lecq barracks as part of its pop-up series.

Marc Medland, Sam Carney and Eliza Reine work with a wide range of mediums including photography, videography, ceramics and painting, and will be bringing some choice pieces to the barracks for people to see between 10:00 and 17:00 on Saturday 24 and Sunday 25 July.

Architect and illustrator, Marc Medland has studied architecture in Birmingham and the Bartlett School of Architecture. More recently, he has undertaken short courses in Experimental Printmaking and Art Direction for Film at Central Saint Martins.

Sam Carney says he has always enjoyed looking at the drawings and studies of great artists. “They have a freshness and an intimacy, sometimes even a playfulness that has always intrigued me; they give an insight into an artist's work that isn’t accessible in any other way,” he says.

He uses them in his own creations as a means to learn from other artist’s work and explore it through his own lens. Sam says there is a feeling of directness and freedom when working in this way that he hasn’t yet got to by any other means.

Sam started working at the studios at La Folie a few years ago. “It can be hard to find dedicated studio spaces, so having these studios available through ArtHouse Jersey has been an invaluable resource for me,” he explained. “Moving into my first space was a great step to me being able to keep developing my practice after leaving college and as I’ve gone on I’ve found myself constantly learning new things about the uniqueness and importance of the studio as an environment for making work.”

Eliza’s creative process is akin to meditation to her and she says it allows her to reflect upon her own internal landscape.

Her collages take images of women and transform them completely, placing them within an abstract environment. She covers women with flowers as a symbol of safety, accenting eyes and hands that take focus away from advertisement, and turns it into questioning.

Annabel Dent, a Year 10 student from Jersey College for Girls, recently placed third in National Young Fashion Designers Competition. This year the competition brief was to design an ‘Athleisure’ collection with sustainability in mind.

Established in 2010, Young Fashion Designer UK is a national competition which focuses on enhancing the talent of students to showcase and promote the work achieved at GCSE, A-Level and by students aged 11-14 studying textiles design, product design and fashion throughout the UK.

This year’s JCG House Fashion Show will take place on Friday 24 September at 18:00. Following the success of the event in 2019, over 60 students have taken part to create pieces within each House's themed collection. All profits will go towards the House’s charities.

Local art collective RampArts Jersey has recently given a lick of paint to the Autism Jersey Boutique yard.

The colourful revamp features a bright sun, a silhouette of La Rocco Tower as well as colour block lines and an outline of Jersey.