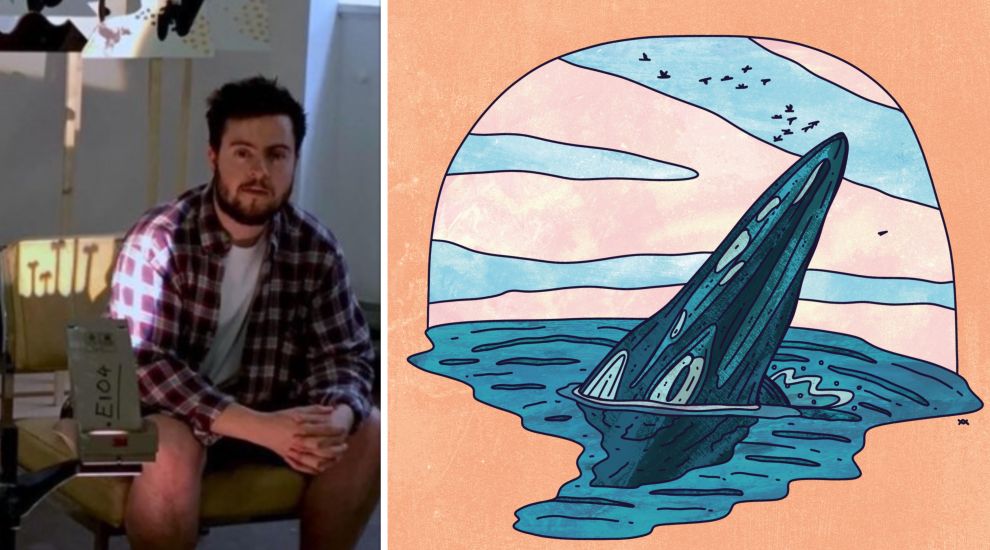 The discovery of a new species of whale in the Gulf of Mexico has inspired a local illustrator, who has recently been spending time in the sea, and been drawn to its “mysteries."

Will and the Whale

Pictured: Will's nautical adventures have inspired a series of drawings.

Over the past few months, local illustrator Will Bertram has been spending time swimming in local seas with the Salty Sea Pups, aka Jason Butler, Ben Robertson and Sam Carney.

His nautical adventures have inspired a number of illustrations, but his latest creation came from faraway seas.

Will said he was “grabbed” by the story of a recently discovered species of whale - Rice’s Whale - and decided to pick up his tools. 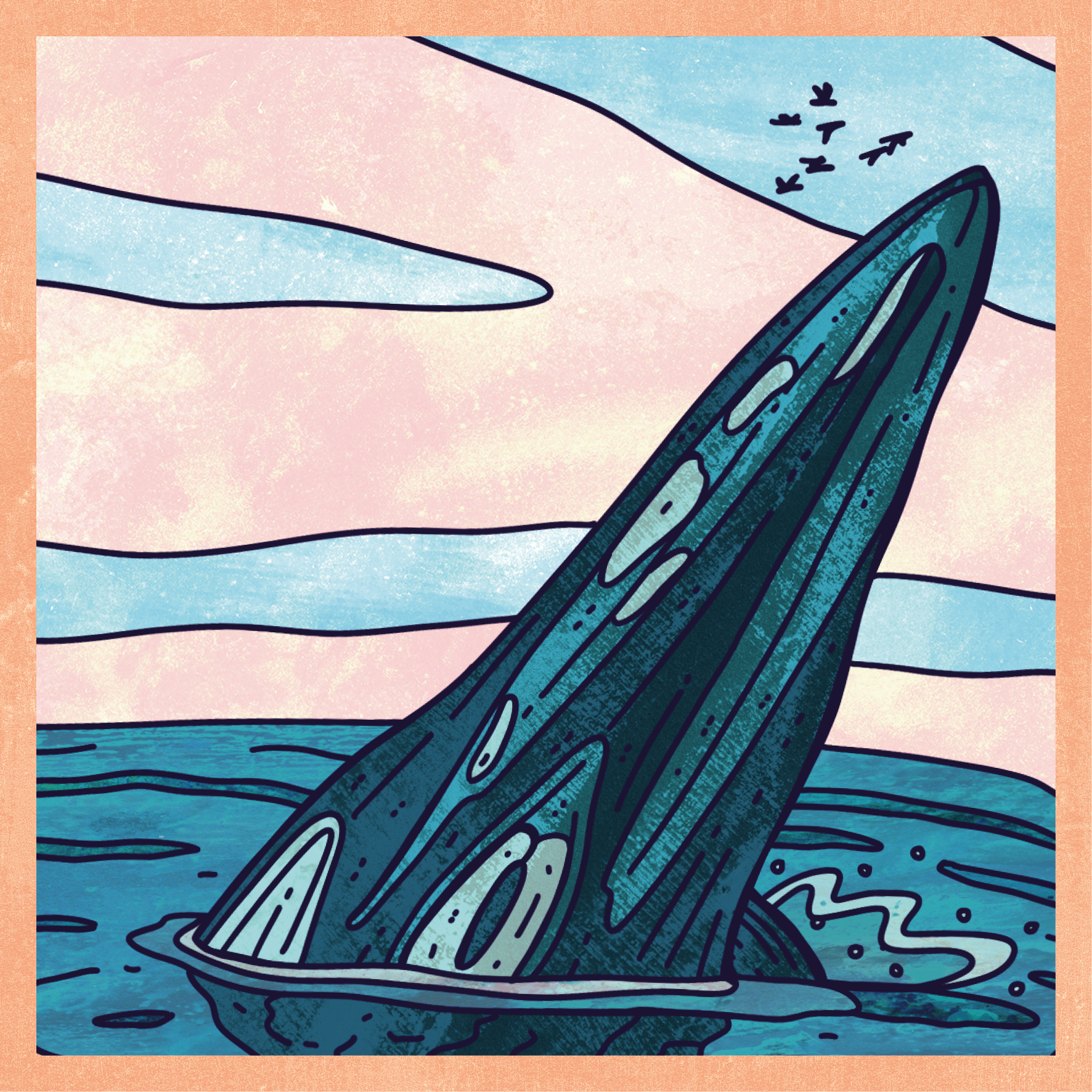 Pictured: “To me, this story is a reminder of the size of our ocean and how much we still have to discover," Will said.

“I love the thought of a species going undiscovered - especially one as large as a whale,” he says. “It emphasises how much we still have to learn about our planet, so in that sense it’s very humbling.

“It’s sad that the Rice’s whale is already considered endangered and that it’s under threat by shipping, partly due to them sleeping just below the surface of the water - but to me it conjured up the image of them choosing to sleep below the stars which I thought was really lovely.

“The drawing was just any way of re-sharing the story, celebrating what seems like a really interesting discovery. As I’ve spent a lot more time in the sea lately, I’ve become more interested in it, and the mysteries it still hold.

“To me, this story is a reminder of the size of our ocean and how much we still have to discover, as well as another reason why we should protect the sea, for the creatures and ecosystems we know about, as well as those which may not yet be discovered.”

Shanties with the GU10 Gulls and Buoys

Pictured: GU10 performing 'Santiana', an American shanty which dates back to the 1850s.

Here's an offering from across the sea... While Guernsey is in lockdown, GU10 have kept themselves busy, recording a sea shanty from the comfort of their own homes and bringing their voices together thanks to the magic of the editing suite.

“It’s not a live performance, but it’s as close as we can get to performing at the moment,” the group said.

Sea Shanties are short, repetitive songs, that sailors sung on ships to get them through their working days, many of them dating back to the 18th century.

They have recently regained popularity following the success of Scottish Postie, Nathan Evans, whose performance of the New Zealand whaling shanty ‘The Wellerman’ went viral on TikTok (ShantyTok) and earned him a record deal with Polydor.

GU10 was first formed in 2005 by Pete Falla as a shanty group of 10 men. That year they sang at a handful of gigs as part of the ‘Year of the Sea’ celebrations, which marked 200 years since the Battle of Trafalgar.

16 years, later the group is still going very strong with 12 members, including half of the original line up, and has recorded three albums.

With Sea Shanties becoming popular once again, the band promised to record more videos during the lockdown, to keep themselves and theirfans entertained. 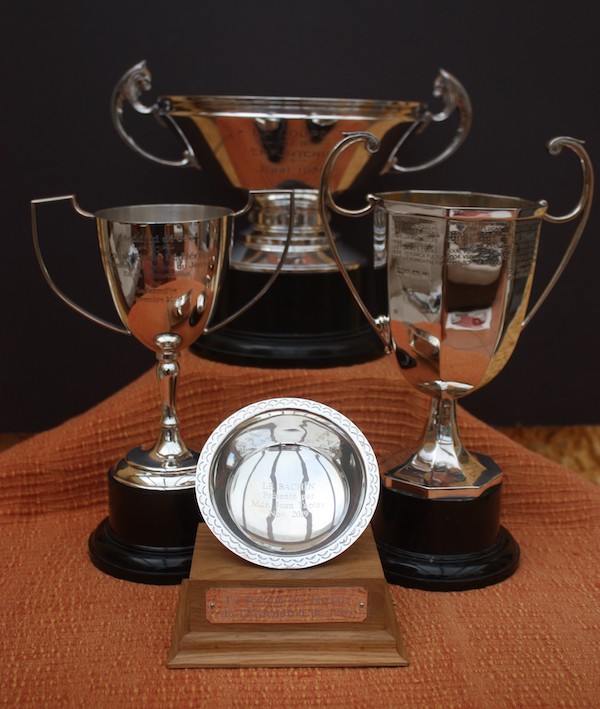 Pictured: The trophies will soon be distributed in schools.

For the first time in its 100-year history the Jèrriais Section of the Jersey Eisteddfod took place virtually this week.

When the curtains closed on the Eisteddfod in November 2019, the Jèrriais Section was flying high. New Dramatic Presentation and Choral Singing classes had resulted in the highest participation in years and St. Ouen’s Parish Hall was packed to the rafters, with standing room only.

Fast forward to winter 2020 and the event faced a wholly unexpected and much greater challenge. In the midst of a global pandemic and with restrictions on large-scale gatherings, finding a bigger venue was no longer an issue, the greatest concern was finding a way to hold the competition at all.

While the Adult Section of the 2021 competition was cancelled, ‘mèrcie bein des fais’ to the wonders of modern technology the Junior Section went virtual with filmed performances which were then viewed and marked in the usual way by the Adjudicateur and Adjoint.

Marianne Sargent, Jèrriais Teacher and Event Organiser, said: “We are so proud of the children. They worked very hard under extremely trying circumstances to produce some amazing performances. It is fantastic that the Jèrriais Section was able to fly the flag for the Jersey Eisteddfod this year.”

Michael Blackie, Jersey Eisteddfod Committee Chairman, added: “I am delighted that, despite the obstacles in its way caused by the coronavirus, the Jèrriais Section were able to hold their portion of the Jersey Eisteddfod Language Festival today.

“The fact that this event was able to take place is a testament to the dogged determination and technical skills of the organisers and the enthusiasm of the competitors. They are owed, and richly deserve, our hearty congratulations.” 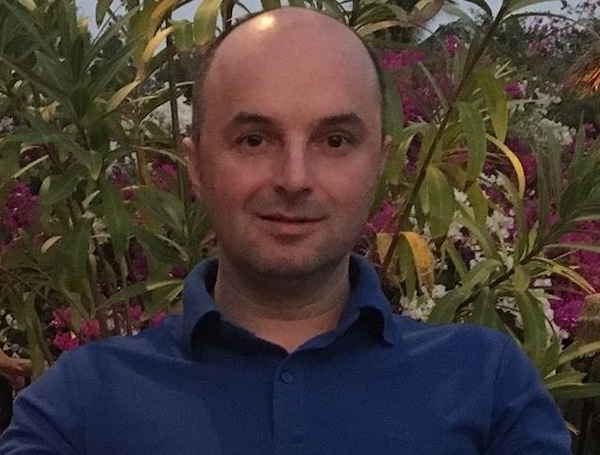 Since singing the praises of healthcare heroes, Jersey-born singer songwriter Duncan Cassidy has been busy working on his first EP.

Entitled ‘My Valentine’, it is being released today just in time for Valentine’s Day.

From the melodic eponymous love letter ‘My Valentine’ to the more upbeat ‘Sweet T’ and the instrumental ‘Playing from my heart’, the EP aims to be the perfect soundtrack for this Sunday, 14 February.