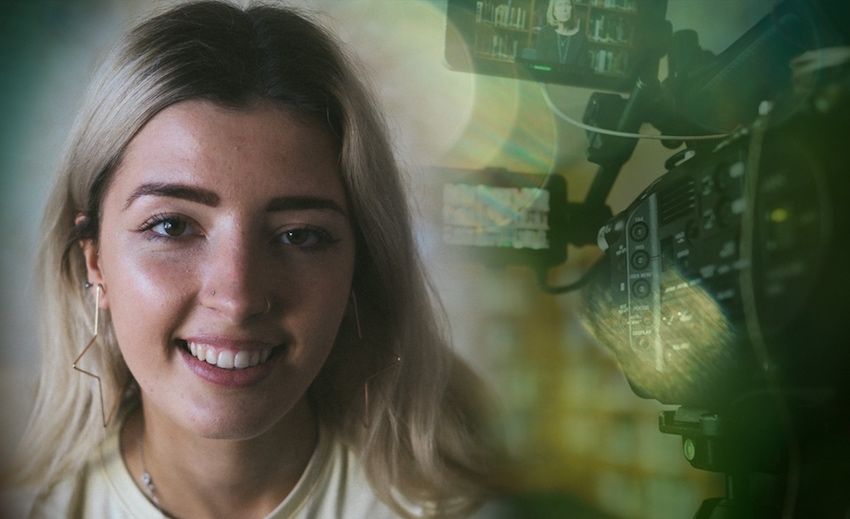 An aspiring young film producer is making a final call to islanders for help in fundraising for her mental health-themed final-year project, with ambitions to take it to Cannes.

Working with fellow students from Arts University Bournmouth, islander Rebekah Cubbin (22) is working on bringing The Yellow Wallpaper to life.

Adapted from a short story written in the 1890s, the play explores themes of women and mental health - topics the team still feel are pertinent today - through the character Eliza, whose mental health declines after being confined to a wallpapered bedroom.

She seeks support from her doctor and husband, John, but finds his techniques only push her further towards the edge, leading to a dramatic final confrontation.

Video: A trailer for The Yellow Wallpaper.

While the events are somewhat extreme, the team behind the project believe that the issues it deals with remain pertinent today - whether its misunderstanding of mental health disorders, relationship gaslighting or the violation of women’s bodies.

With an estimated cost of £7,500 to bring the project to life, ex-JCG student Rebekah and her team launched a crowdfunding campaign.

They're now within just £1,000 of reaching their total, and Rebekah is asking for islanders' help in supporting the project - and there are some added bonuses for those who do, ranging from the chance to have names featured in the credits to specially designed posters.

Express caught up with Rebekah to learn more about the project…

What attracted you to film production?

I’ve always had a strong interest in film ever since I was very little. As a child, my aunt Julie would nickname me ‘Tellyhead’ because I was utterly obsessed with consuming and watching films. The possibility of doing film as a career came much later, when I began applying to universities, but the passion was always there.

As a producer, I oversee all elements of the film from the initial idea to the final product. After producing several shorts I still find the entire process, from beginning to end, fascinating and enormously gratifying. Each film brings new challenges and becomes something special.

What other short films have you worked on during your degree course?

My director, Catriona, has been my main collaborator while at AUB (we’ve done all but one production together). Over the years our short films have included two socio-realist dramas; ‘Terminal’ about a group of young radicalised skin heads and ‘Cherries’, which chronicles an early morning in a local cafe diving into the lives of its staff and regular customers.

Why did your team choose the topic of women and mental health for your final-year project?

We felt that recently there has been a shift in the discussion of women in film both in front of and behind the camera, and as young women about to enter the industry we’re hoping to be part of the change in culture and dialogue around women in film. The film is an adaptation of a short story by American author Charlotte Perkins Gilman from 1892, who herself was diagnosed with hysteria stemming from postpartum depression, and wrote the story as an act of rebellion against her doctor. 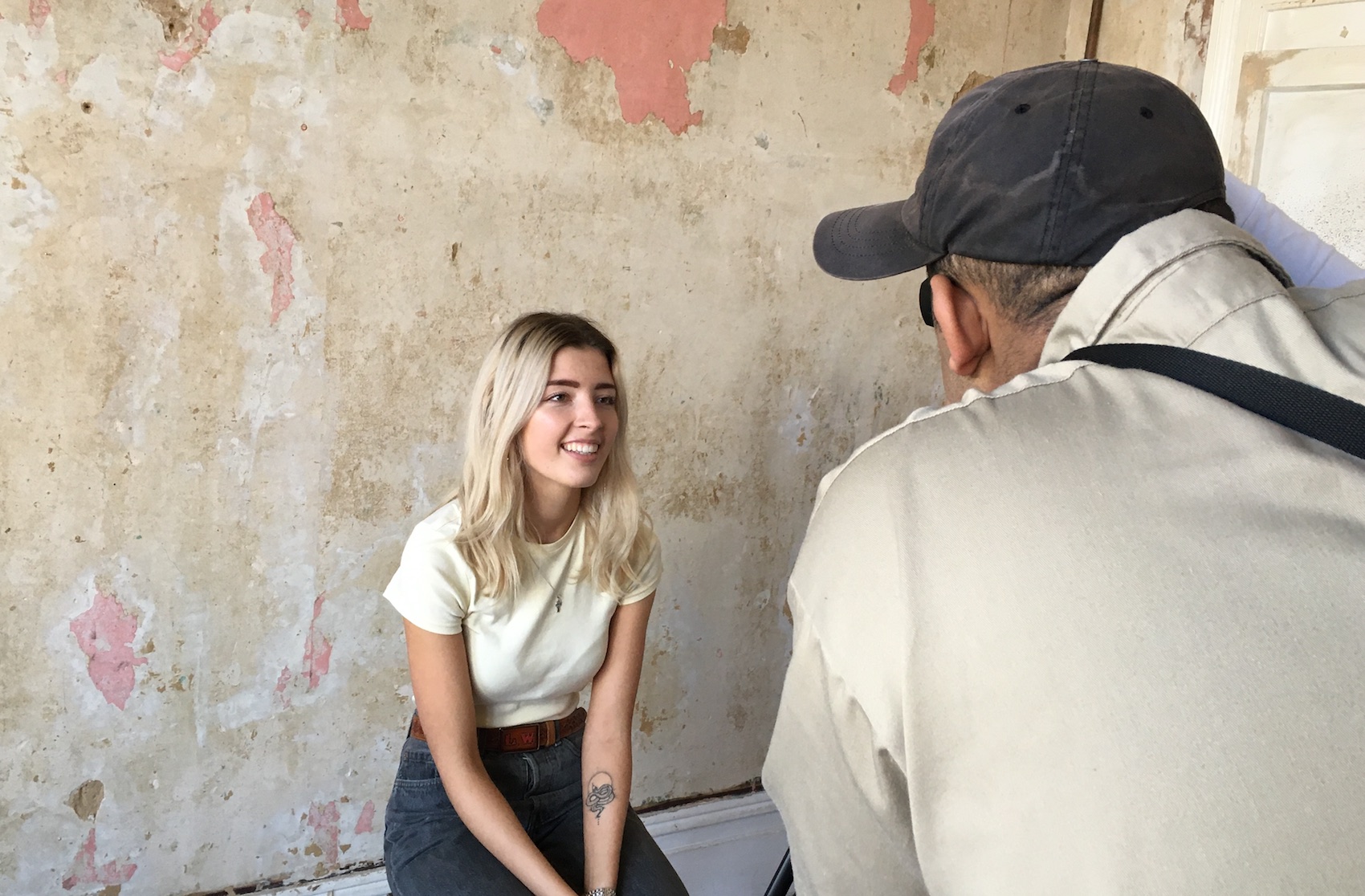 Pictured: Rebecca says she was a 'Tellyhead' from a very young age, which led to her interest in production.

The more we looked into the medical history of hysteria and the barbaric practices used against women in an attempt to ‘cure’ female illness, we were horrified by the lack of female ownership in the narrative accounts (nearly all accounts were written by male doctors), so this film is partly about a woman reclaiming control of her own narrative.  However, many of the issues that Eliza faces are issues that women today are still struggling with. Despite being a Victorian piece, we aim to focus on the same issues from a contemporary perspective, highlighting prevalent issues such as domestic violence, coercive control and refusal to believe women’s narratives (particularly by medical professionals).

What kind of costs are involved in the project and how will the £7,000 raised be used to bring it to fruition?

The main factors we are budgeting for primarily are cast fees, accommodation and travel. We want to showcase up and coming talent and be able to make their time working with us as seamless and enjoyable as possible.

Second is production design and costume. Film sets are often massively wasteful, so this year we’ve started an initiative on our course focussing on introducing practices that will reduce the amount of waste we produce  and be sustainable as possible. One example is using non toxic paints and dyes to create our hand printed wallpaper.  Our Production Designer, Ayla, has been researching this and has outlined the ways in which we’ll do this in posts on our Facebook page. Because of the late Victorian setting, this requires us to hire period style props to set dress the bedroom. We’re also collaborating with the costume course at AUB, who are designing and hand making costumes for the main character Eliza, which incorporate period style and fantastical stylised elements. 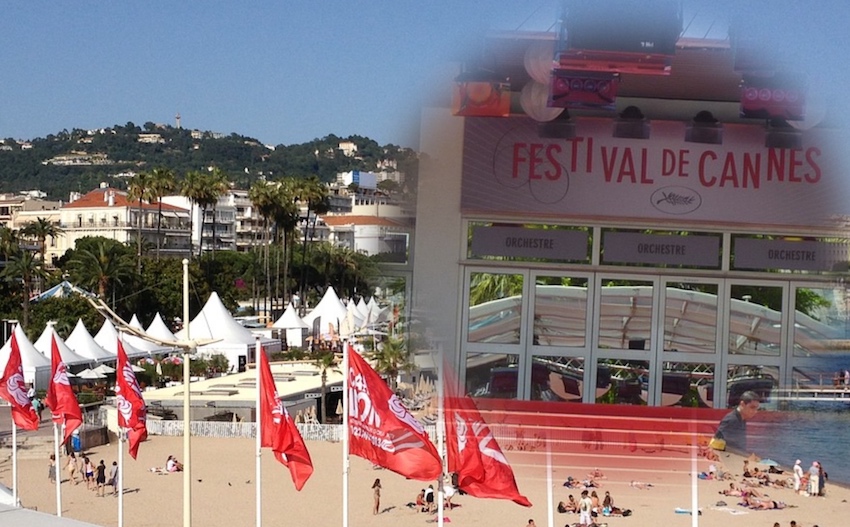 Pictured: Rebecca says the team would like to enter their film into the Short Film section of Cannes Film Festival.

Third is catering. Our crews work very hard for long hours, often doing very manual work, and deserve to fed a hot nutritious meal that will sustain them throughout the five-day shoot. However, the cost of feeding a large crew (approximately 40 people) for five days is around £700, roughly 10% of our budget.

Finally, we want as many people to see the film as possible so have budgeted to submit the film to many film festivals all over the world including Cameraimage in Poland and the Short Film section of Cannes Film Festival.

Why would you encourage islanders to support this project?

I think as islanders we’re really good at banding together as a community to help each other out. On our Crowdfunder page we’re also offering bespoke rewards as a thank you for helping support us make this film so hopefully theres something for everyone on there!