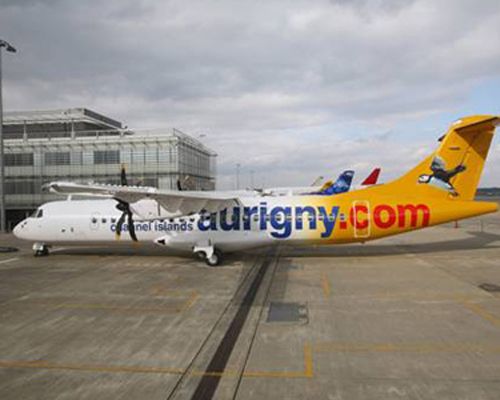 Aurigny have told 30 staff in Jersey that their jobs are at risk and have blamed their “partners” Blue Islands, who last week announced that they were scrapping at least four flights per day.

With just over two weeks to go until Christmas, Aurigny – owned by the States of Guernsey – told ground handling staff on Friday that their jobs were on the line and entered a formal consultation period as a precursor to making redundancies.

Some of the staff have been with the company for more than 20 years.

All of this potentially puts a question mark over the two-year “code share” deal that was only signed by the airlines in January. Under that deal, Blue Islands operate flights between Jersey and Guernsey and Aurigny have agreed to pay a fixed charge to pay a block of seats on the flights, and will provide ground services to Blue Islands.

Aurigny Chief Executive Mark Darby denied that there would be any implication on the code-sharing deal, but was clear that the recent move by Blue Islands was to blame.

He said: “It is deeply regrettable that we have had to take this course of action especially at this time of year, but the impact on Aurigny of Blue Islands’ recent decisions is substantial.

“The withdrawal of up to four or five flights per day that required our ground handling services renders our operation in Jersey economically unviable. Unfortunately the outcome is likely to mean the closure of our ground handling operations in the island with the loss of over 30 jobs.

“The consultation period will take several weeks and will look at how the impact on our staff can be reduced and what support we can offer them during this difficult time. We’ve got a great team – some of who have been with us for over 20 years. I’m confident that they will be ‘snapped up’ by new employers and I’d welcome approaches from potential employers who might have appropriate vacancies.”